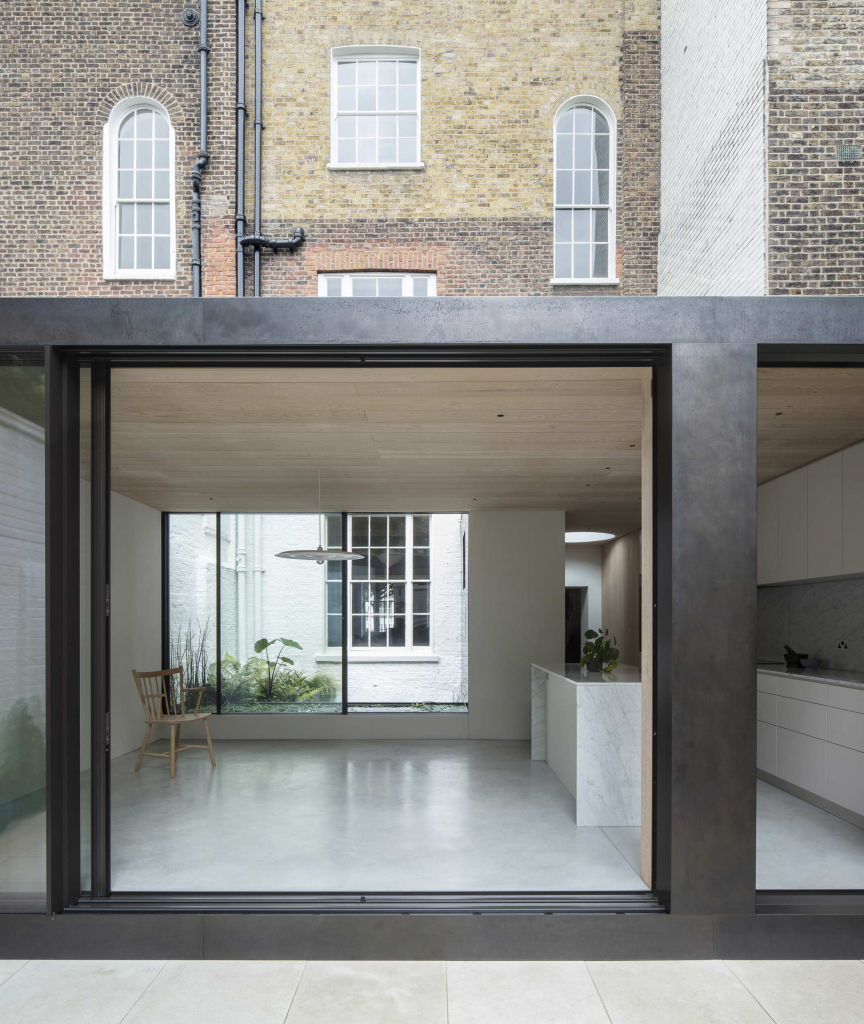 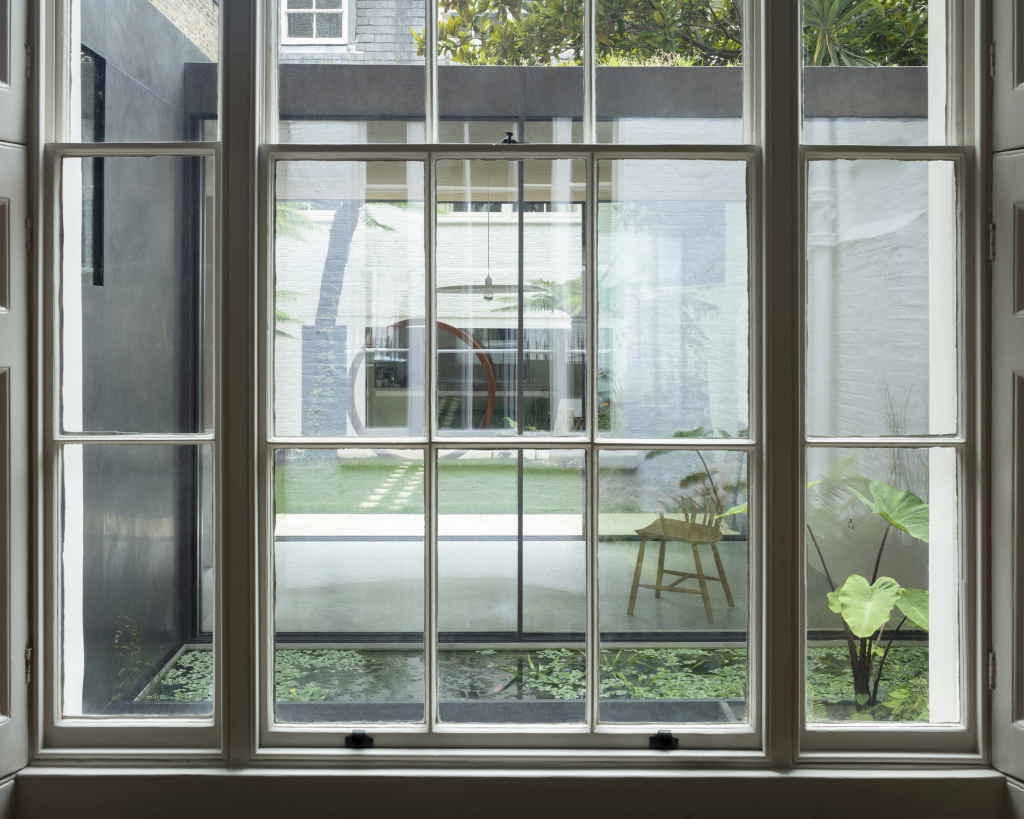 The mews viewed through the new extension 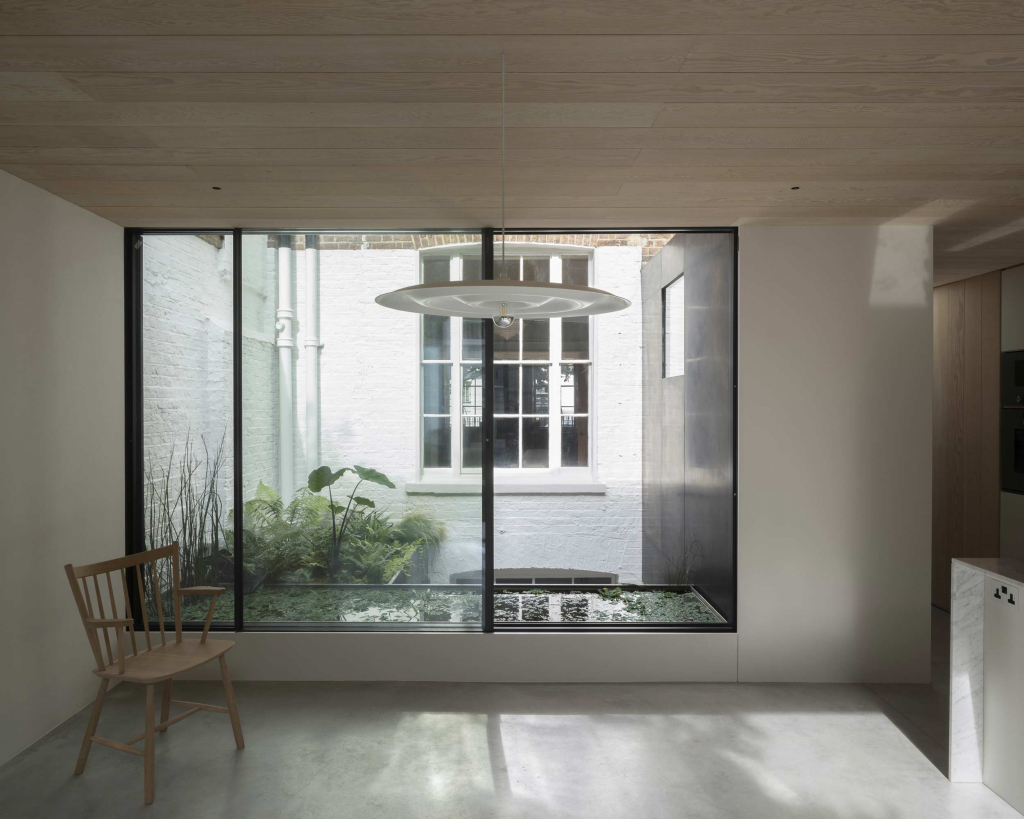 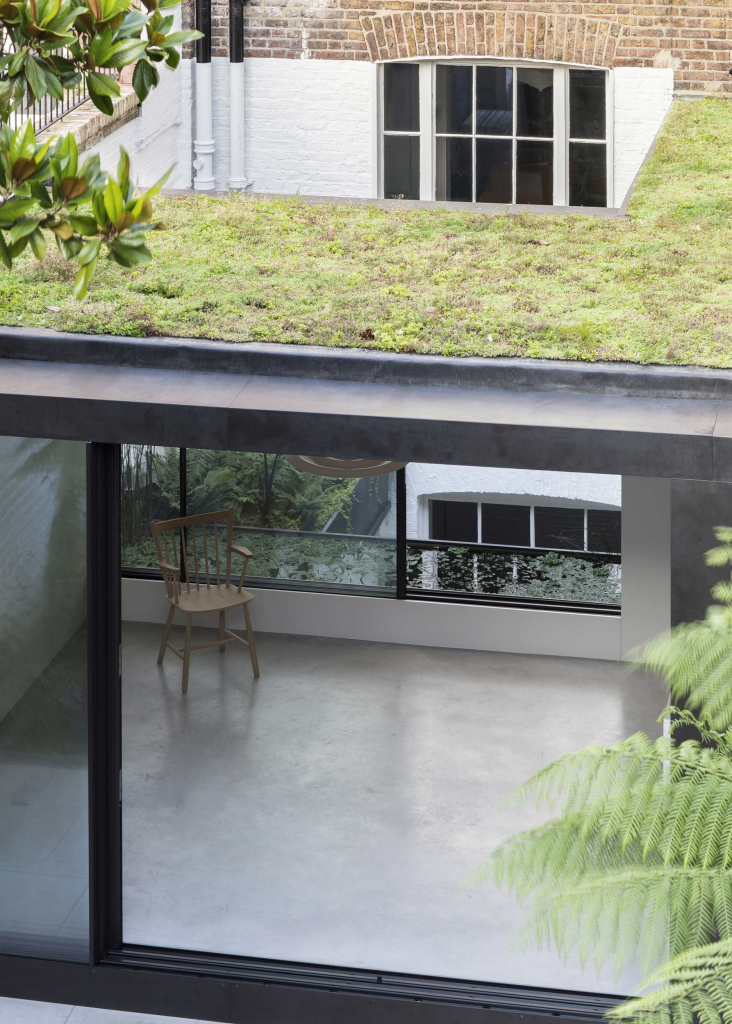 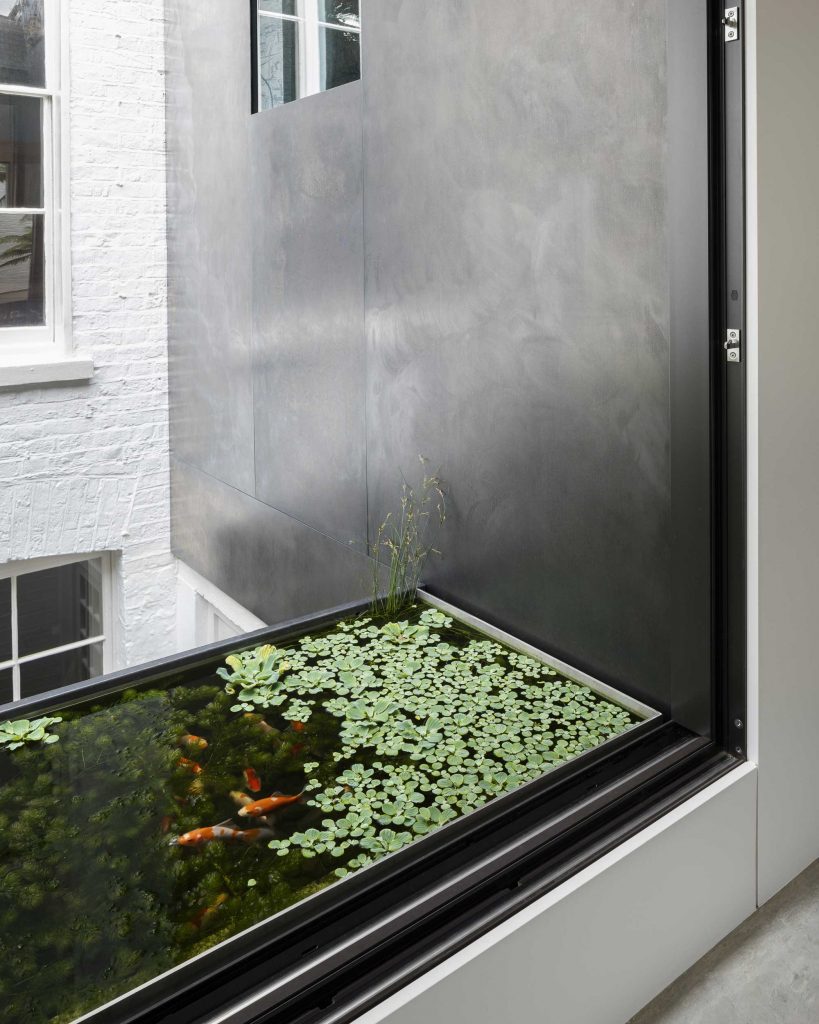 A small pond increases separation between the extension and house 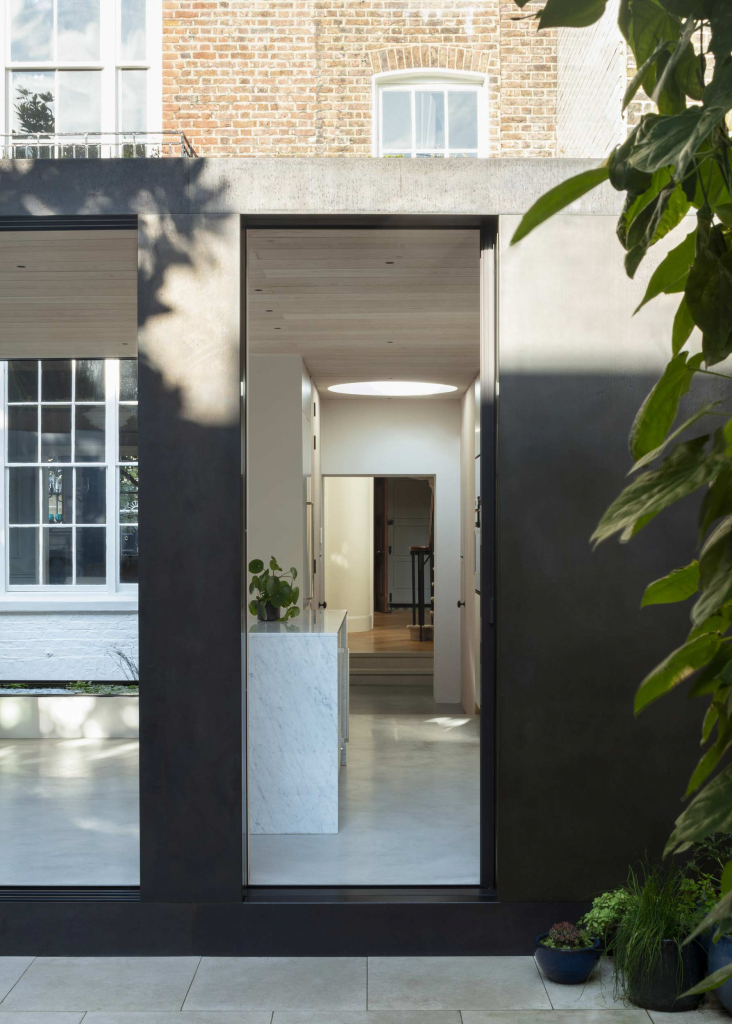 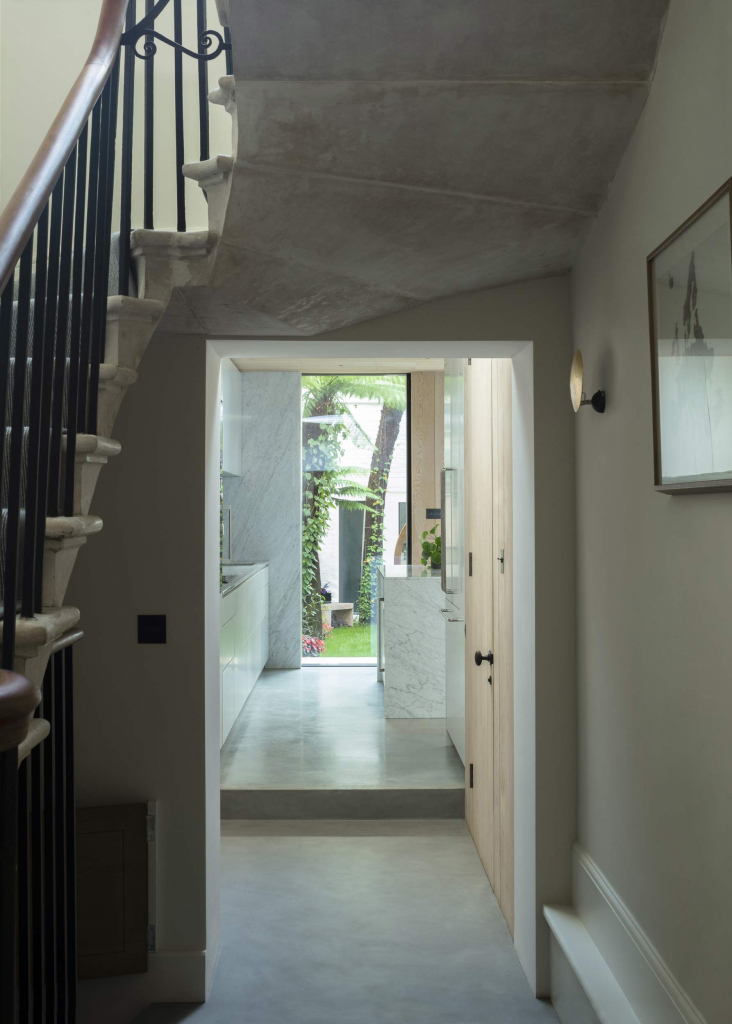 New doors are aligned with existing openings in the house 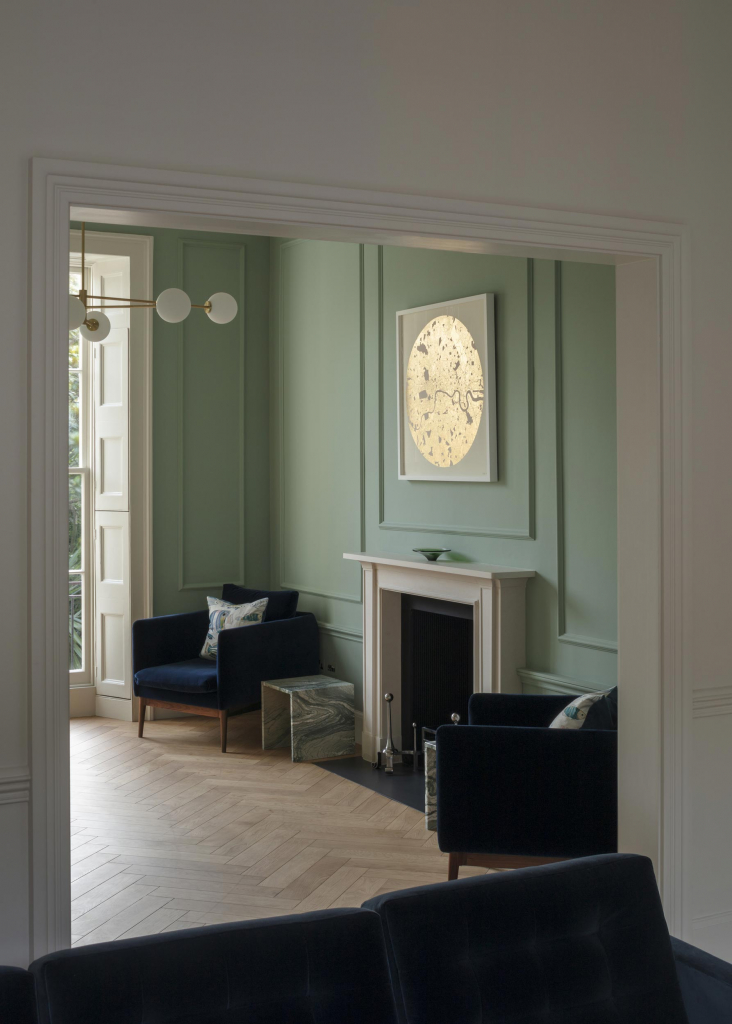 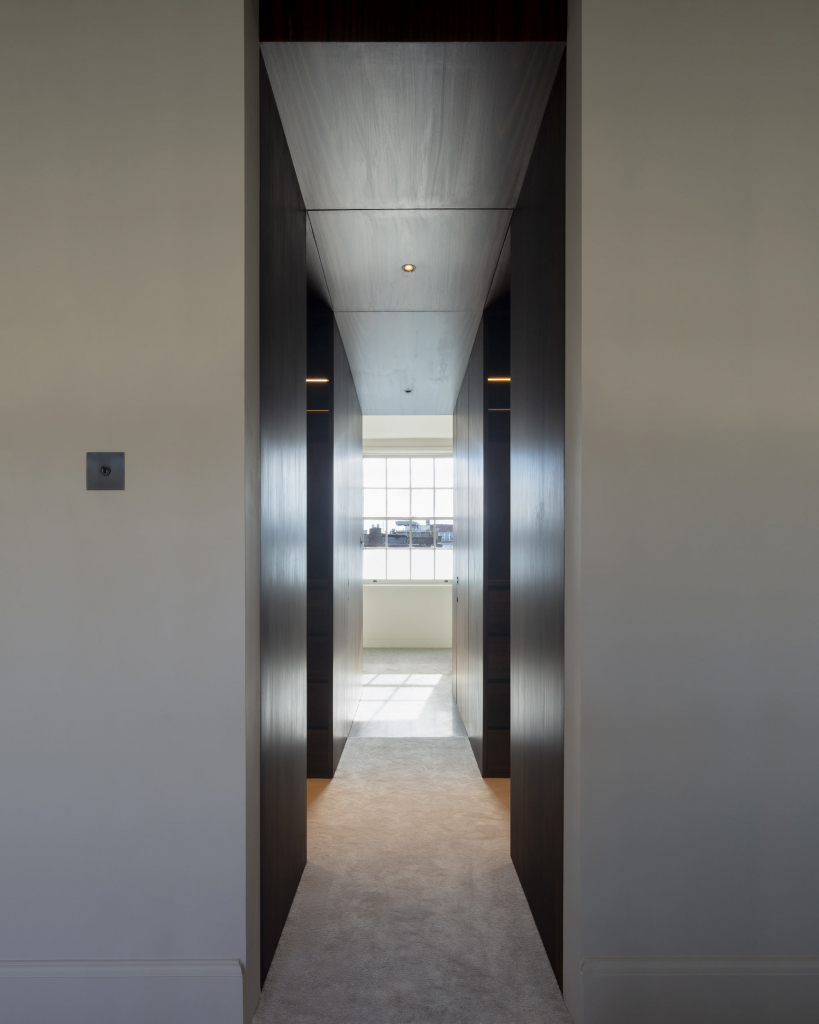 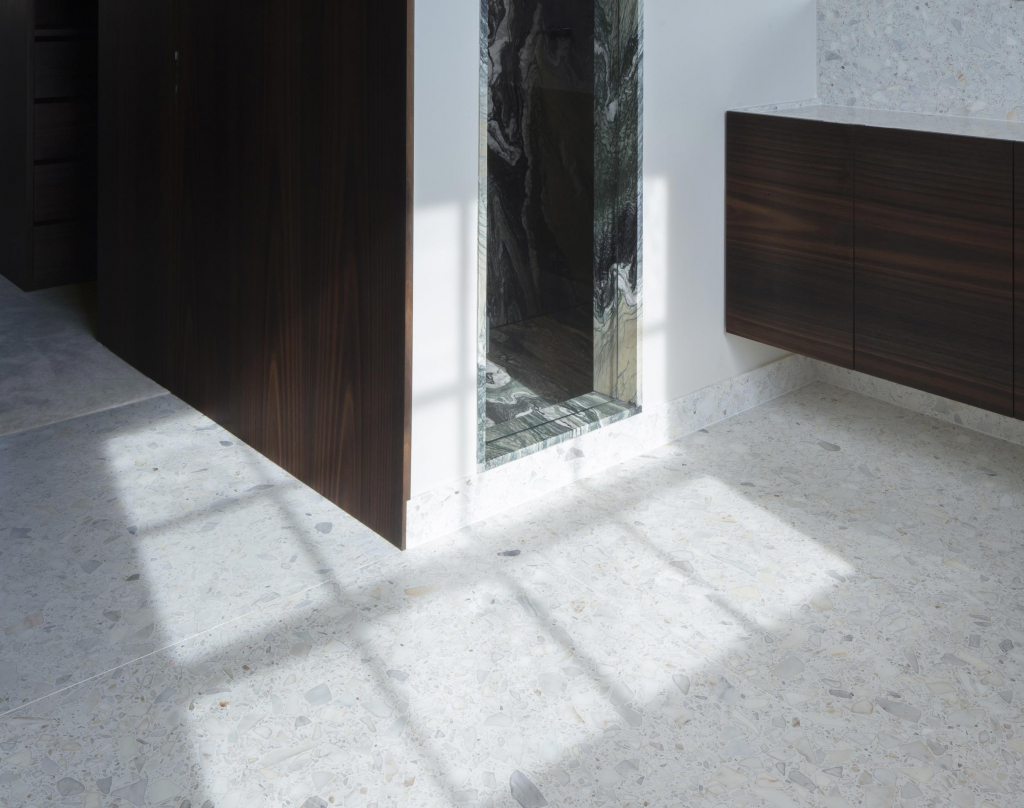 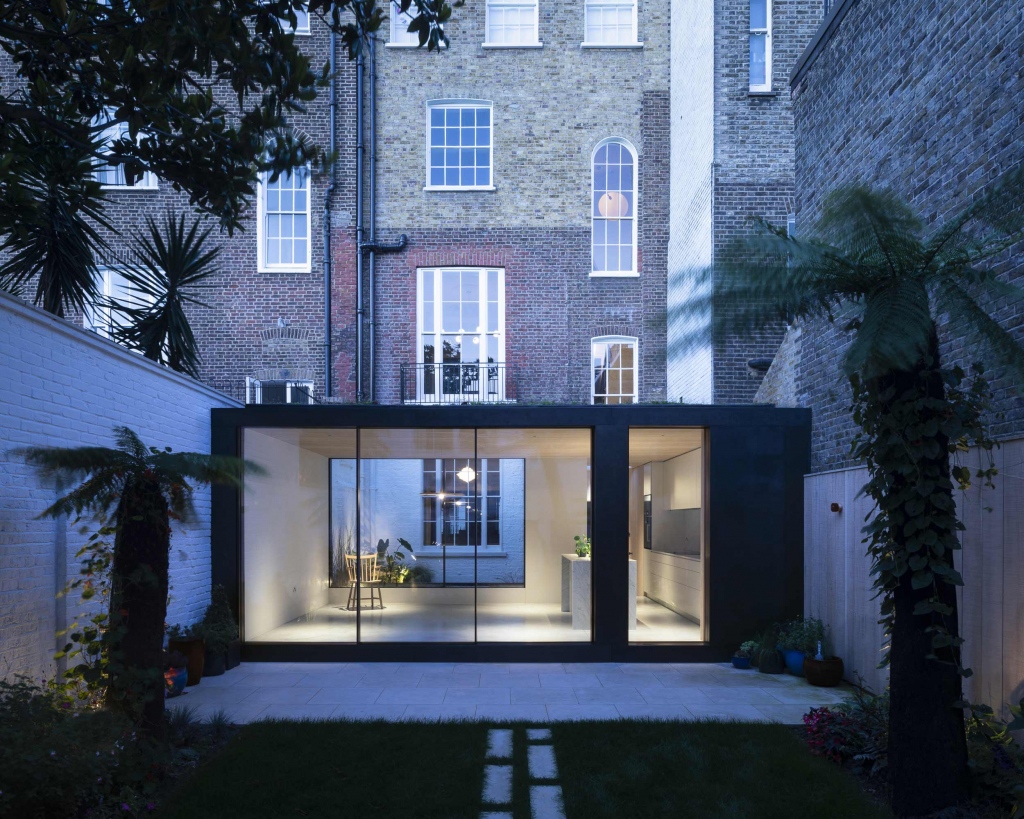 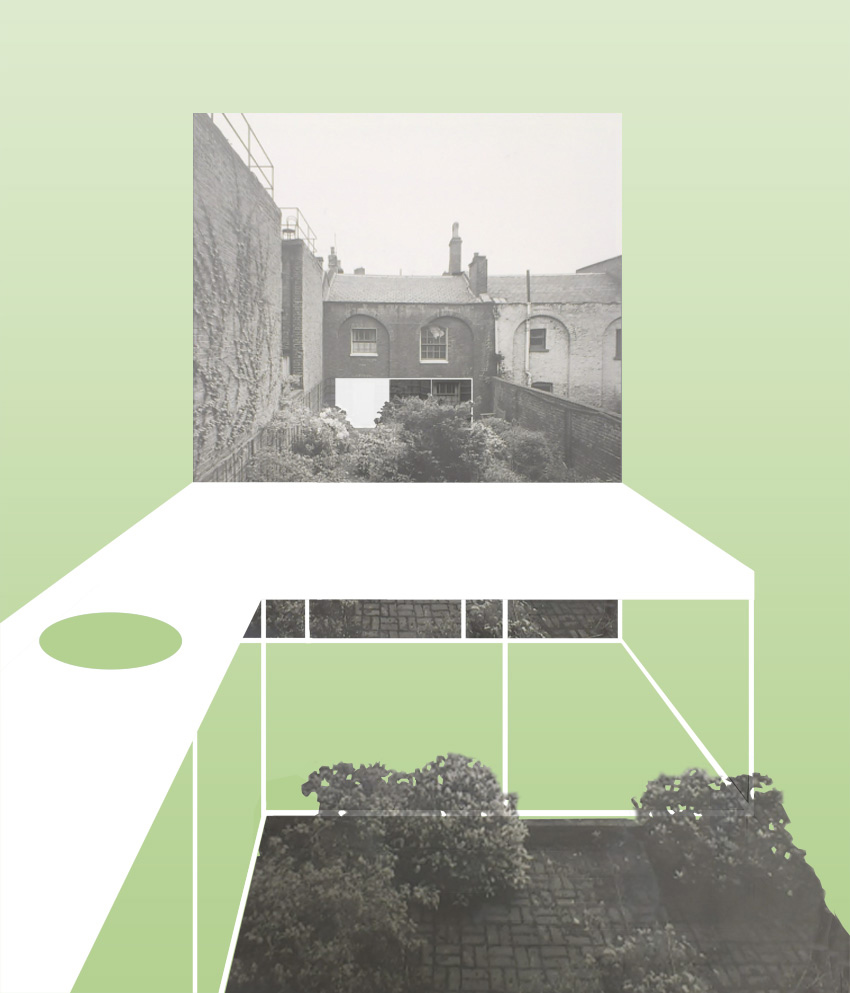 A new room in an old garden 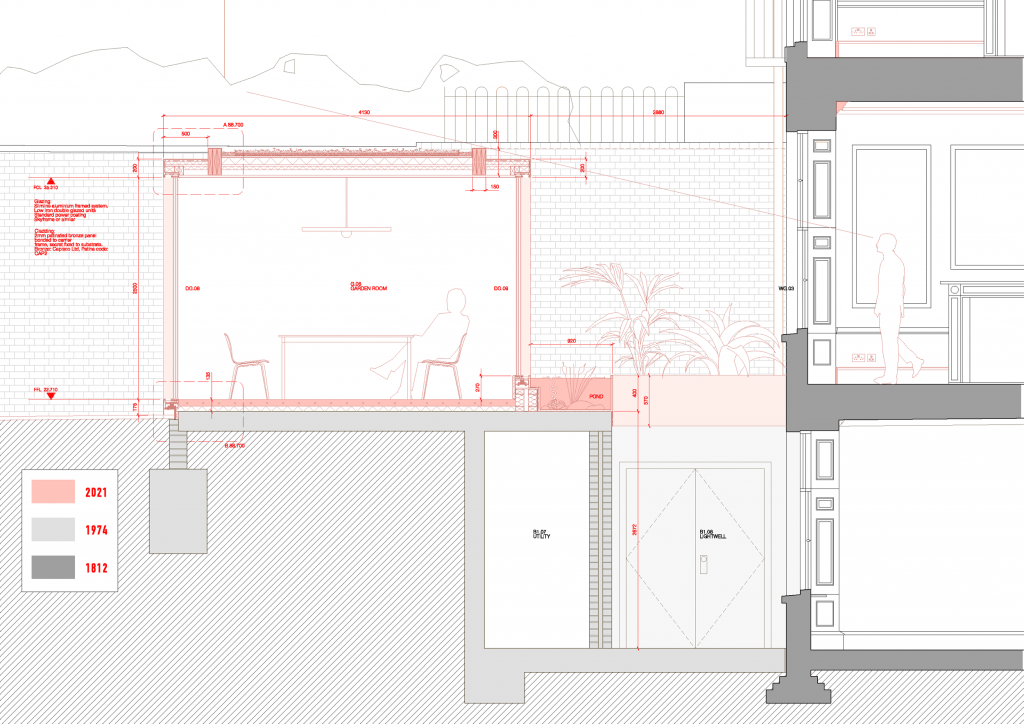 On a quiet street in Bloomsbury, this project returns two Grade II listed buildings back to a single house after being used as publishers’ offices since 1974.

The project places a room, shared by both buildings, in the reinstated garden. The new element sits on the slab and foundations of a former utility building which was built to serve the offices when they were converted. Demolition of the service building results in the best-preserved window being revealed to the garden and mews for the first time in almost forty years. The new extension frames views into the garden whilst allowing light into the main house. New windows and doors are positioned to reinforce established connections, vistas and enfilades within the existing house. Nestling in the cavity between the new extension and main house is a pond garden. By providing the opportunity for planting on both sides, the notion of a room surrounded by garden was reinforced. Glimpses of nature are viewed from throughout the house.

The main house has been refurbished with a particular emphasis on restoration of the finer rooms on ground and first floors. This includes the reinstatement of their original plan form which was lost when they were converted to offices.