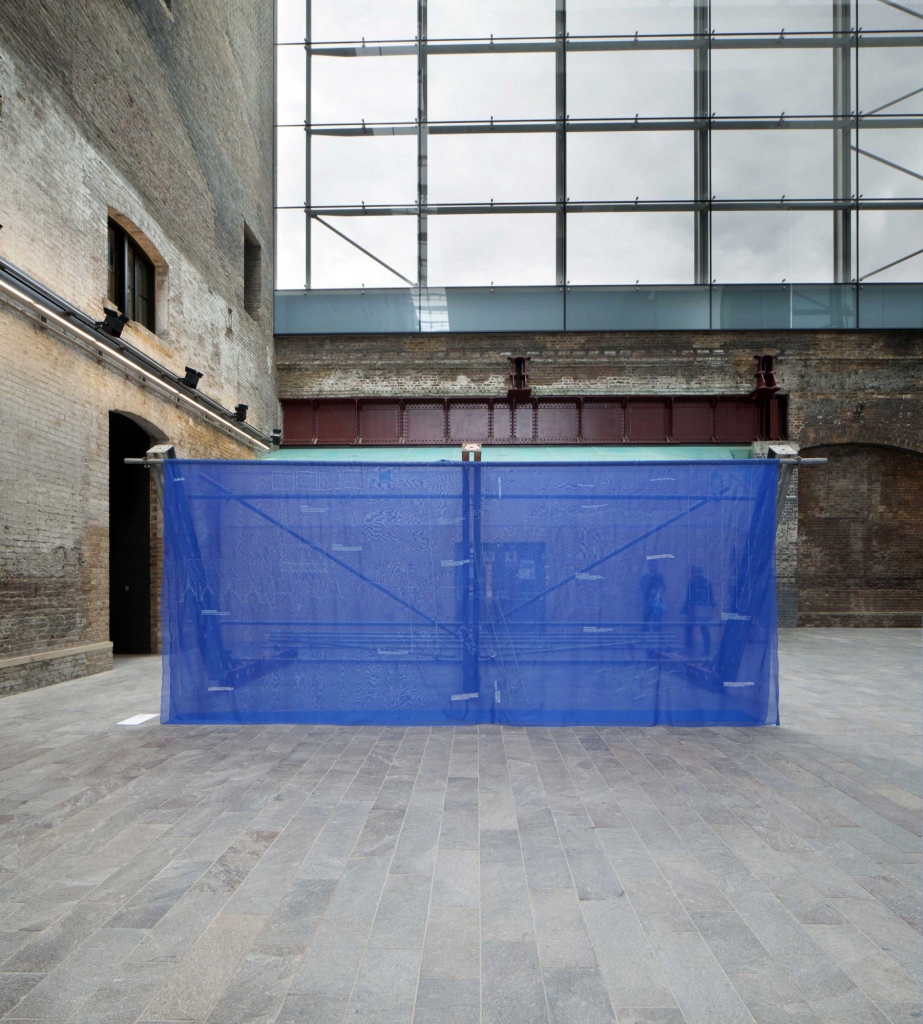 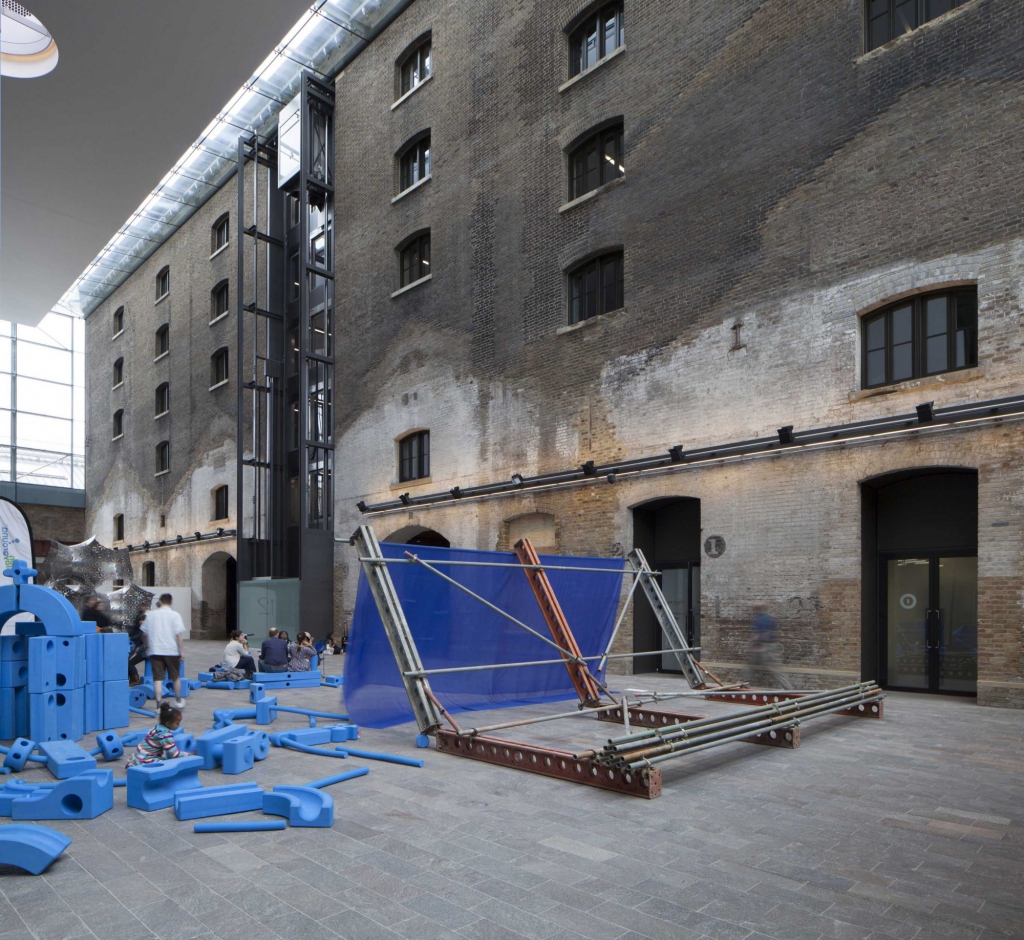 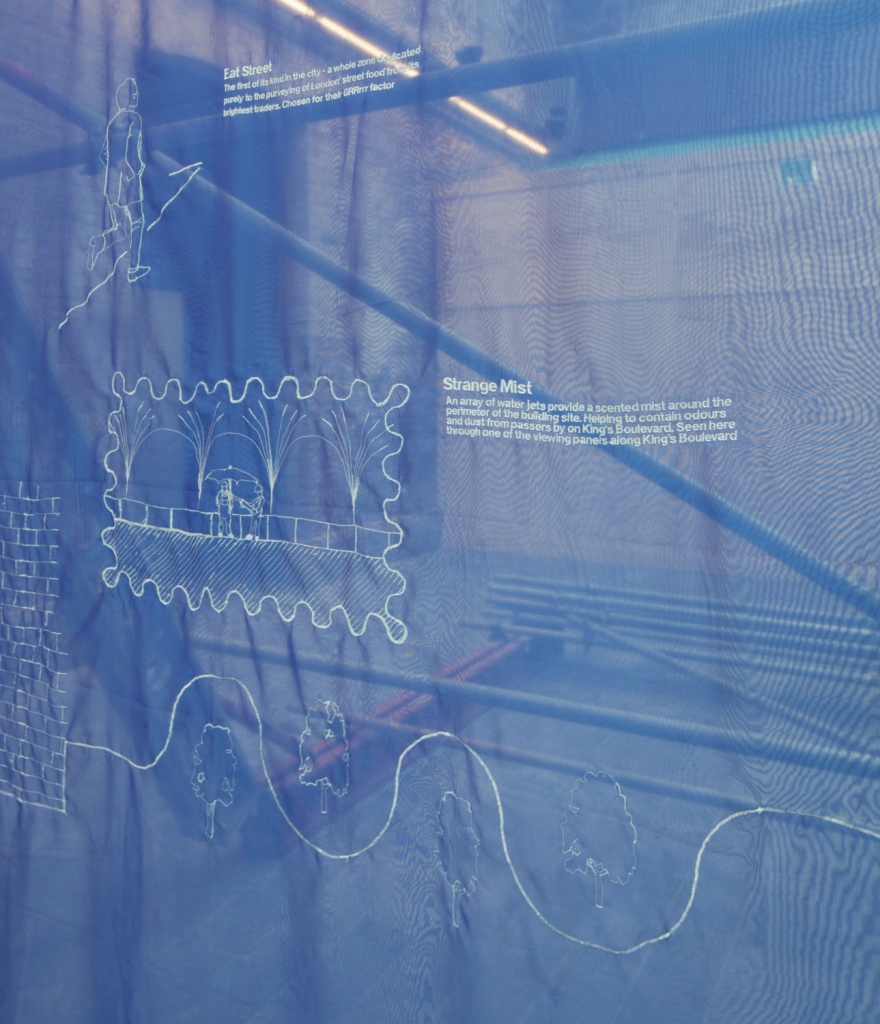 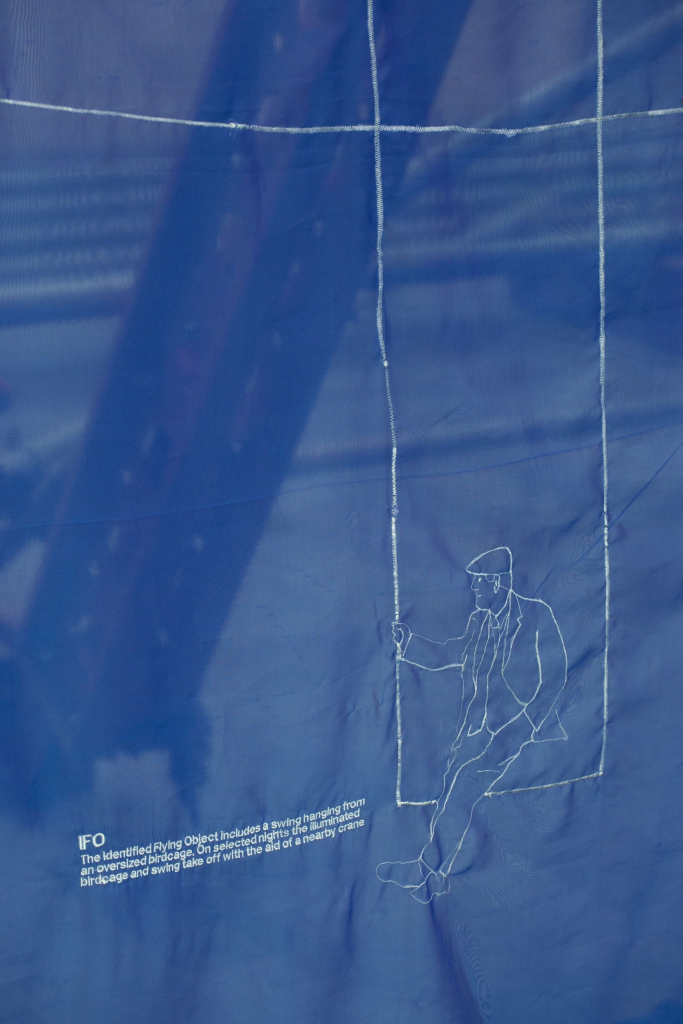 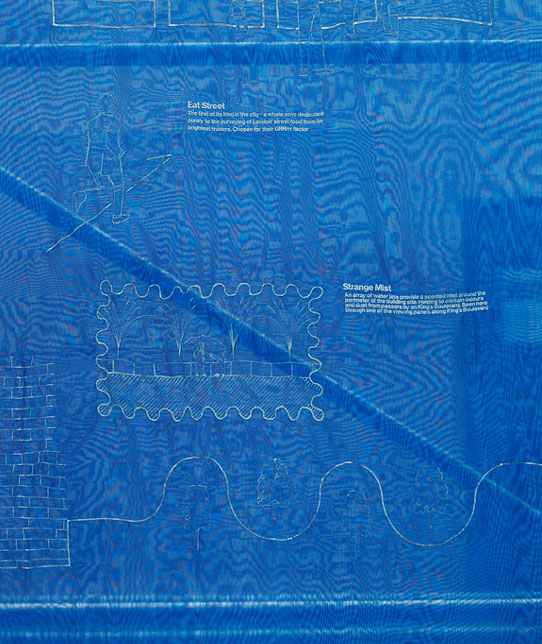 An installation for the 2012 London Festival of Architecture. It was produced in conjunction with and located inside Central Saint Martins during the final weekend of the festival, which focussed on King’s Cross.

Cross Stitch is an interpretation of the journey between King’s Cross Station and the entrance to Central Saint Martins. Its purpose is to celebrate the new connection between Central St Martin’s and the dynamic, changing  spaces of King’s Cross by featuring some of the permanent and transient landmarks along the route.

The narratives originate from a number of sources, some are from conversations with people working in the area, whilst others are based on reading information panels along the route or online sources such as The Guardian’s ‘Street Stories’.

The final piece is a hybrid of embroidery techniques and standard architectural representation. We chose to represent the journey as a piece embroidery in order to use a visual technique associated with Central Saint Martins. We also felt it was a good counterpoint to typically dry architectural drawings populated by ubiquitous two dimensional characters.