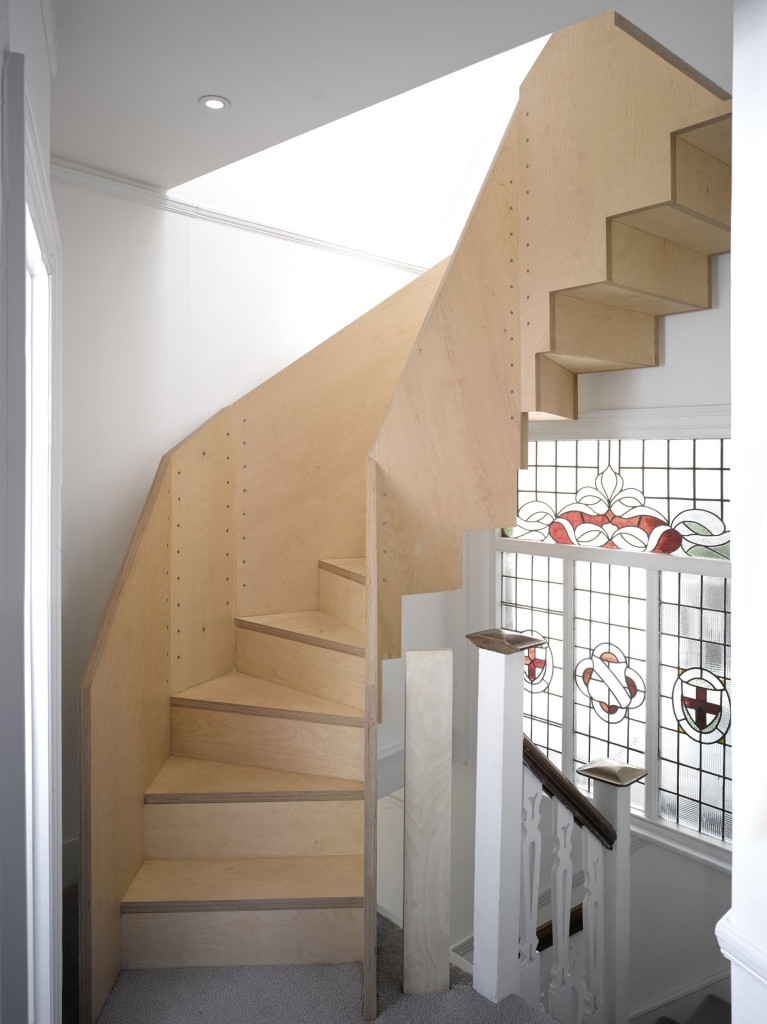 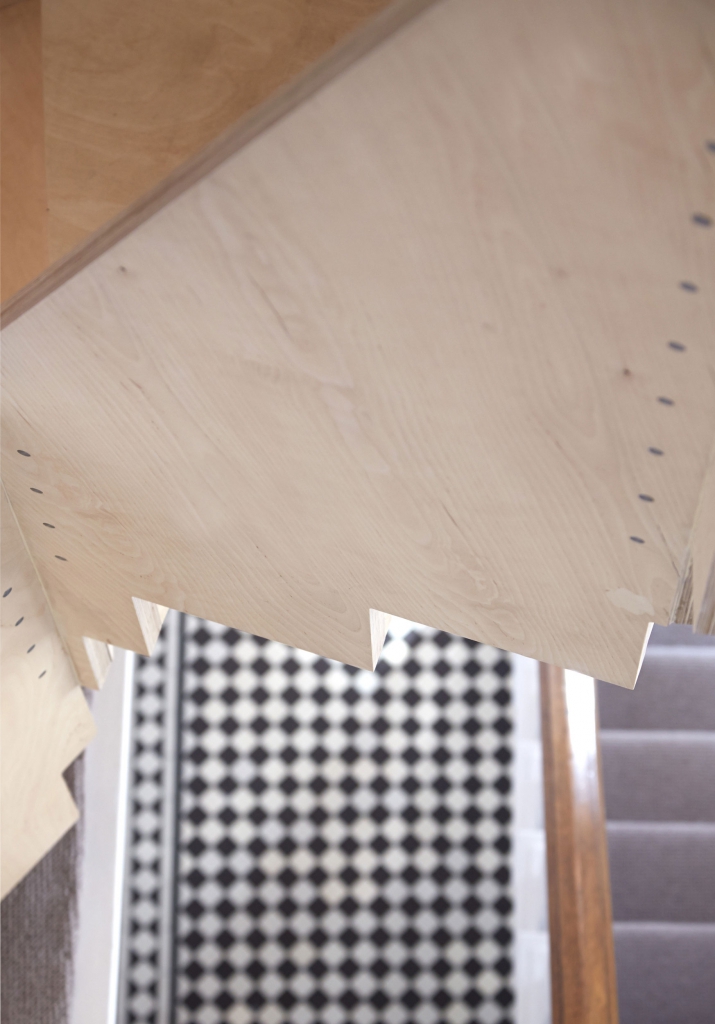 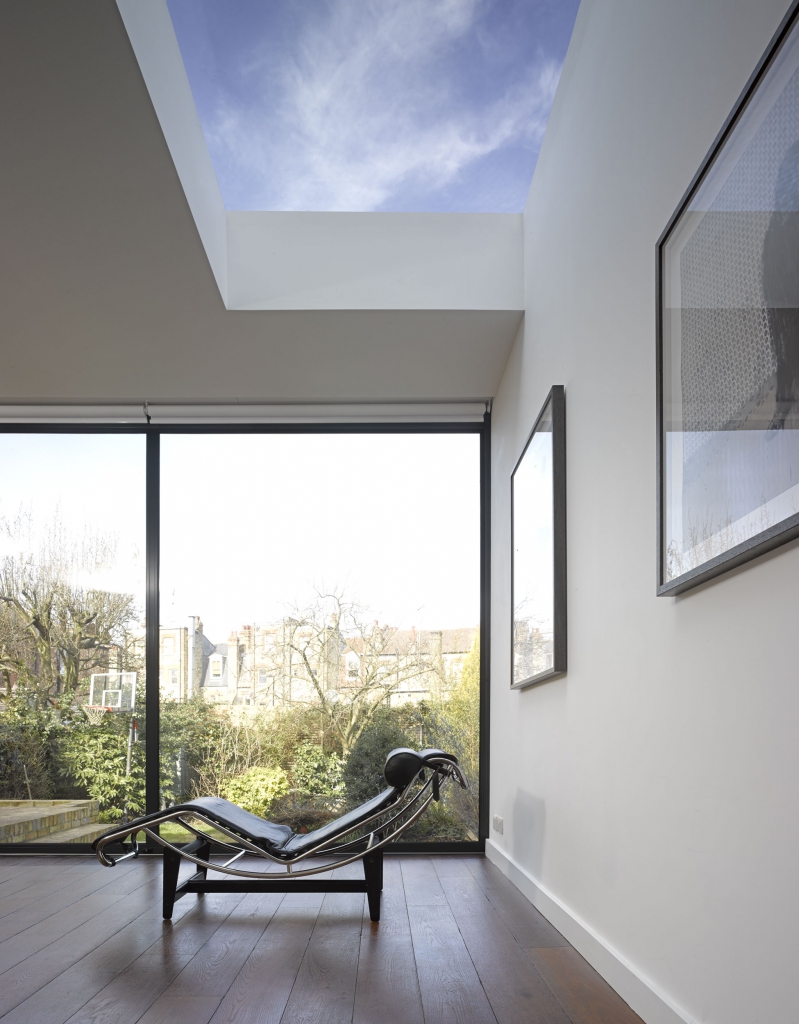 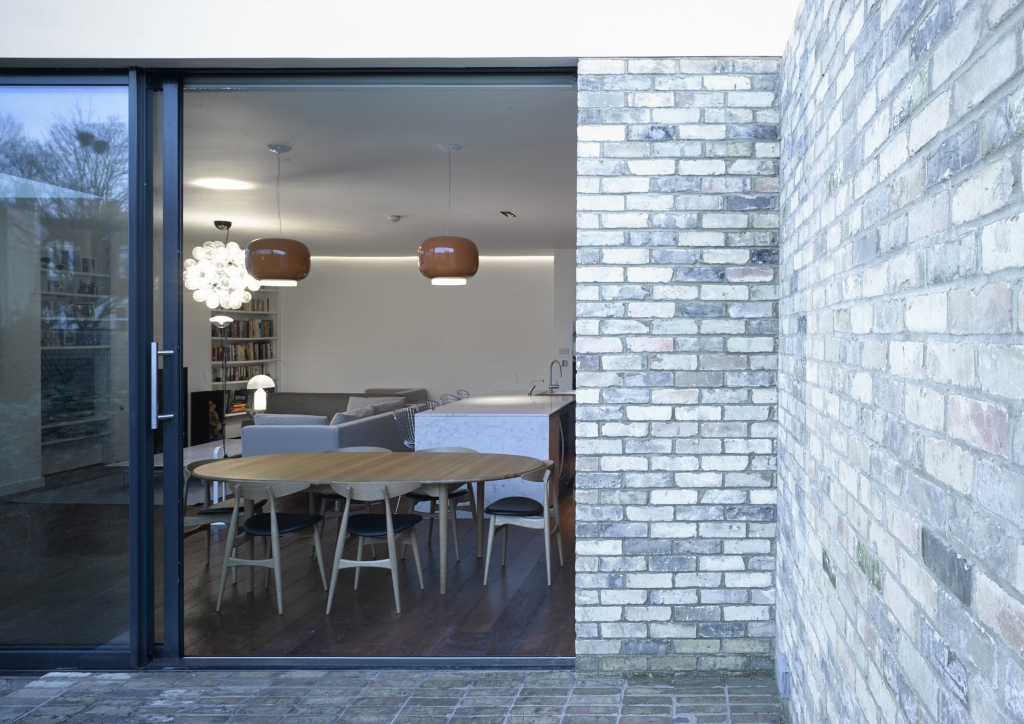 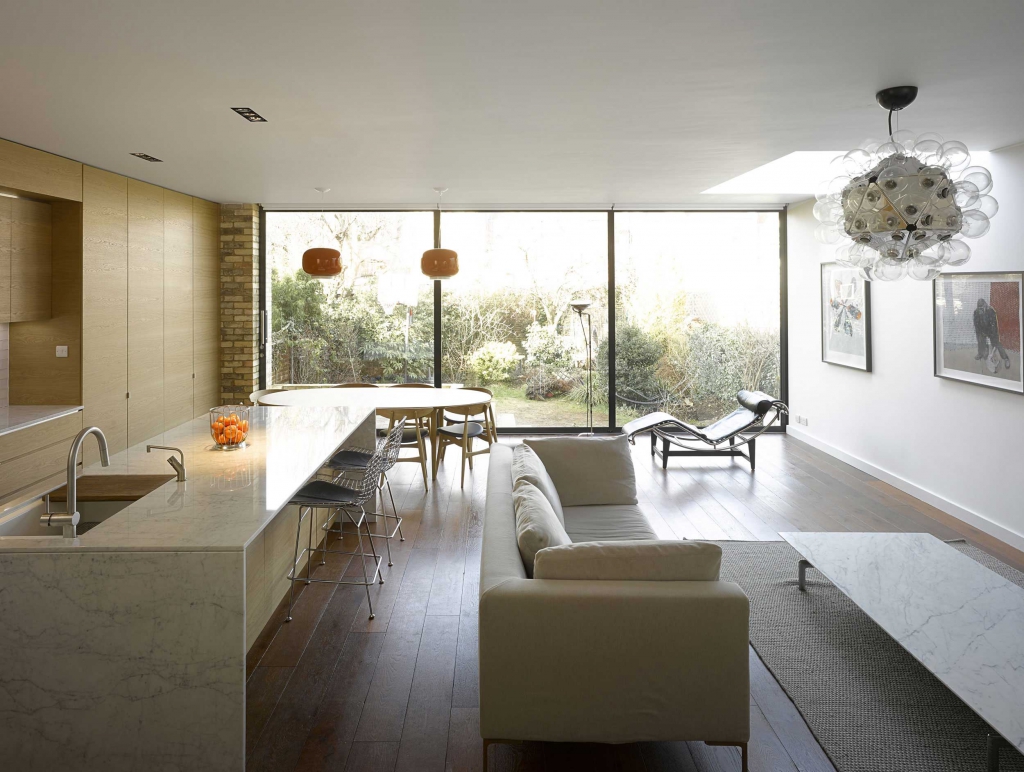 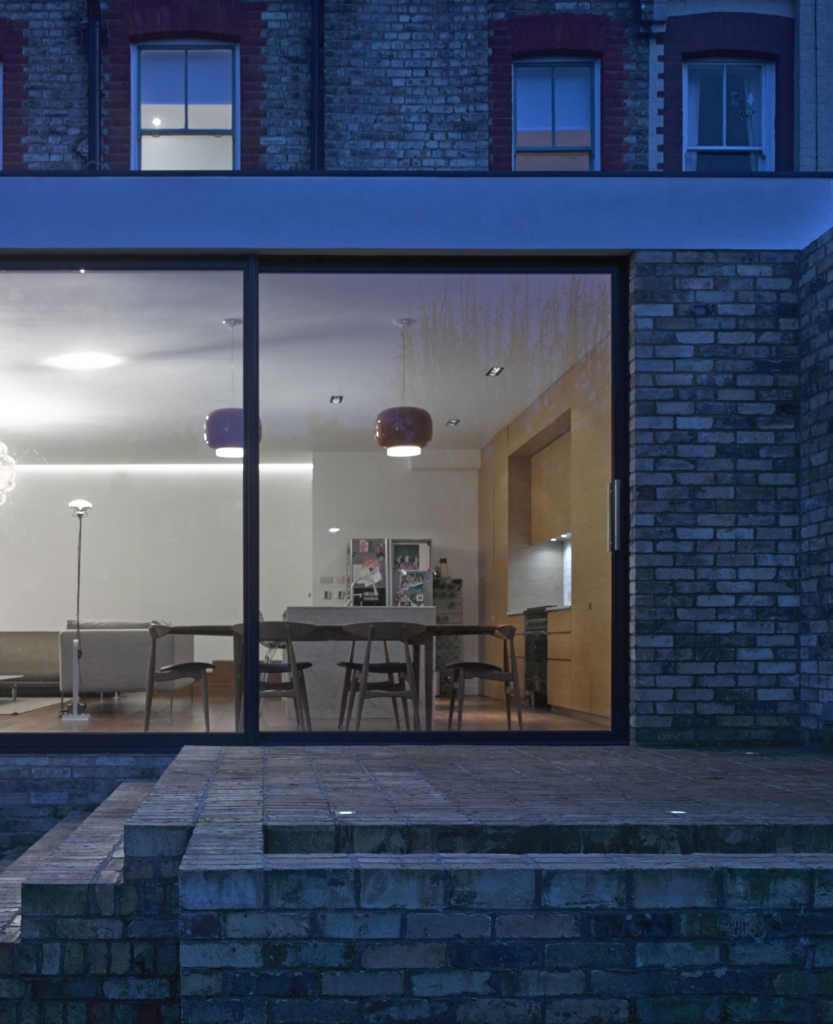 The additions to this project share some of the patina of the original house and are formed from a series of bespoke elements alongside standard components, brought together with simple robust details.

The ground floor extension combines with the existing rooms to the rear to provide a single uninterrupted space measuring 8 metres by 8 metres, including the 4 metre deep extension. This space accommodates the main living space, dining area and kitchen and has to be able to cope with knocks and disruption alongside more formal entertaining. All internal surfaces are continuous to minimise any internal separation between existing and proposed and to emphasise the perception of one unified volume rather than a later addition.

In order to increase privacy and reduce the bulk of the extension, existing floors were lowered to the rear. This also improves the connection between the rear of the house and the garden which is now accessed from a terrace. The terrace and flanking wall are constructed from reclaimed plain gault bricks, most of which have been recycled from the demolition of the original rear elevation.

The existing roof is extended to accommodate two additional bedrooms and a bathroom, all accessed from a birch plywood staircase.