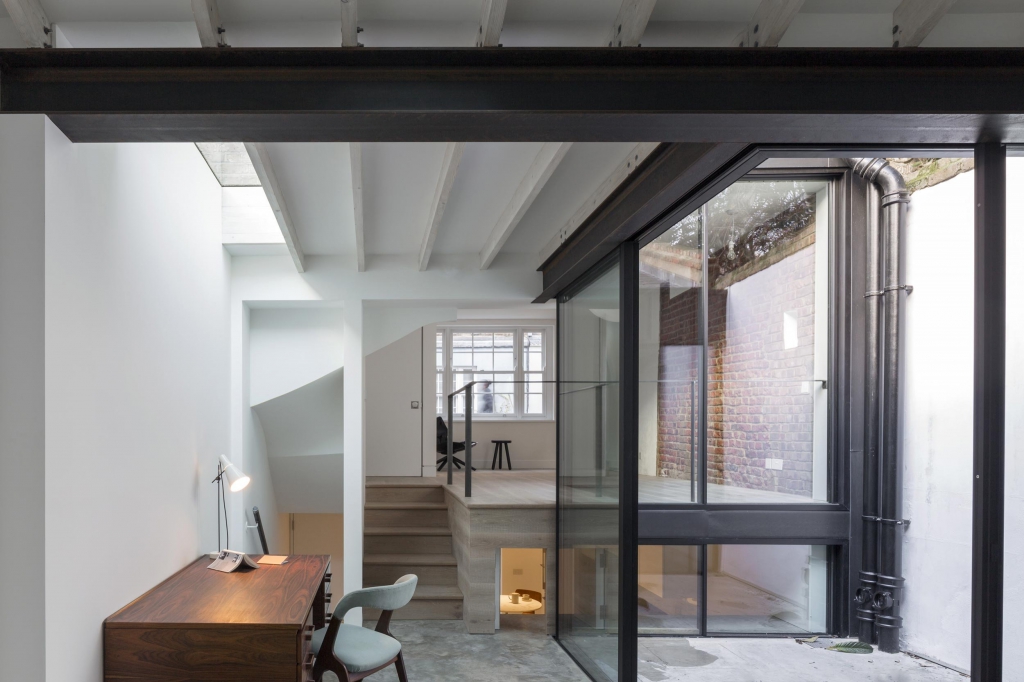 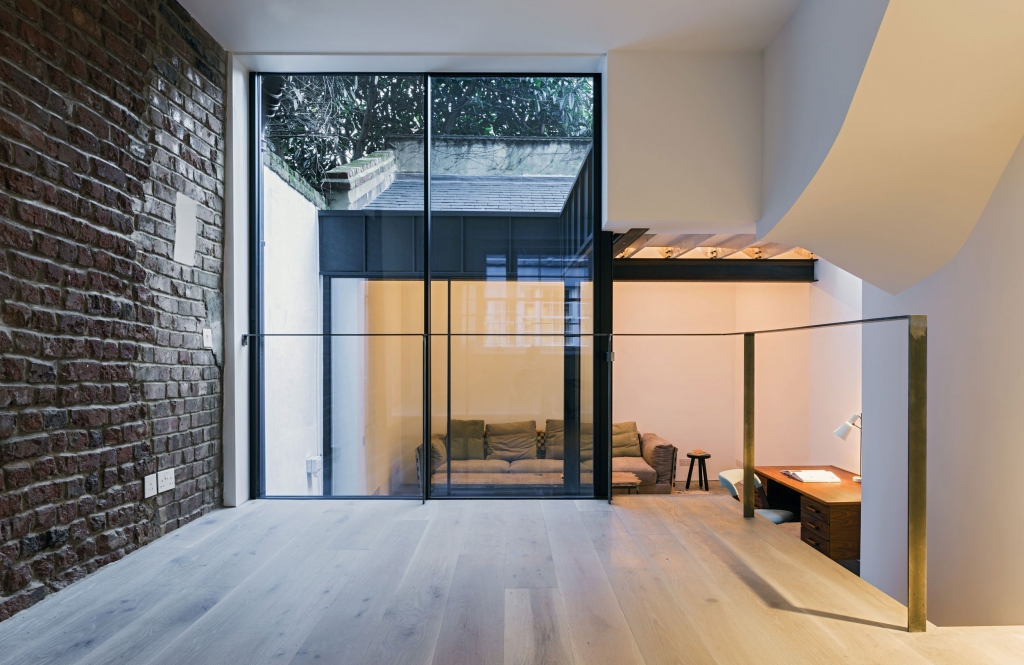 A cranked beam supports the rear elevation to the main house 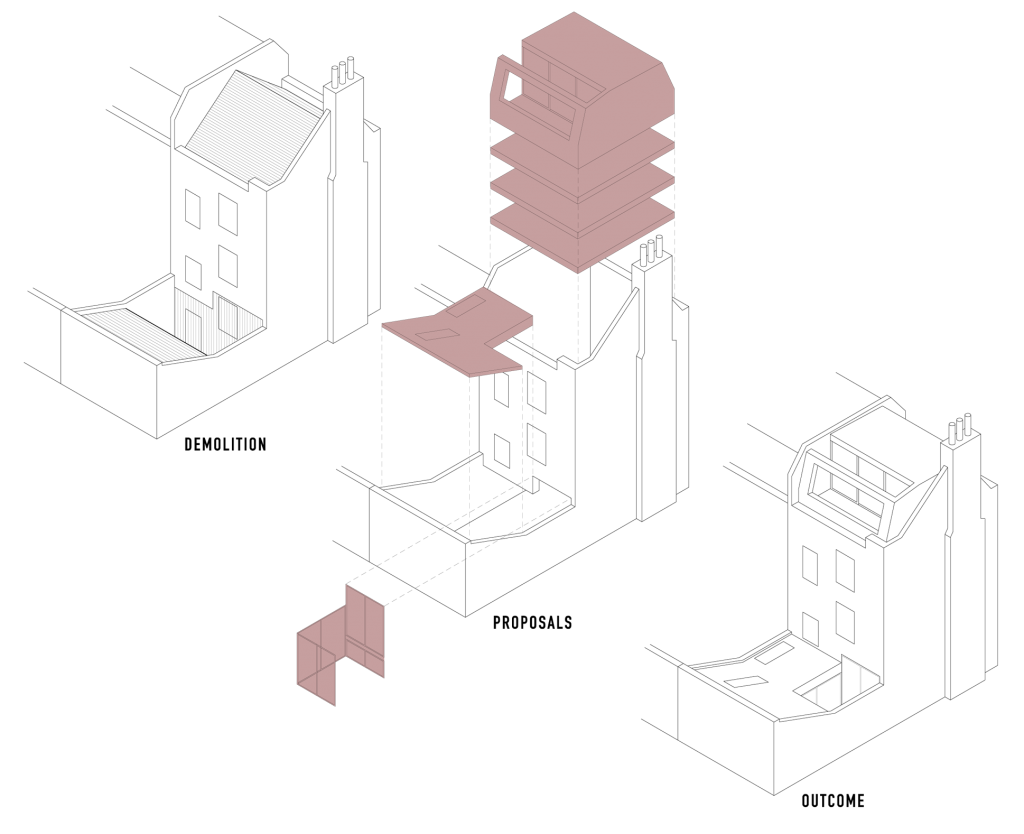 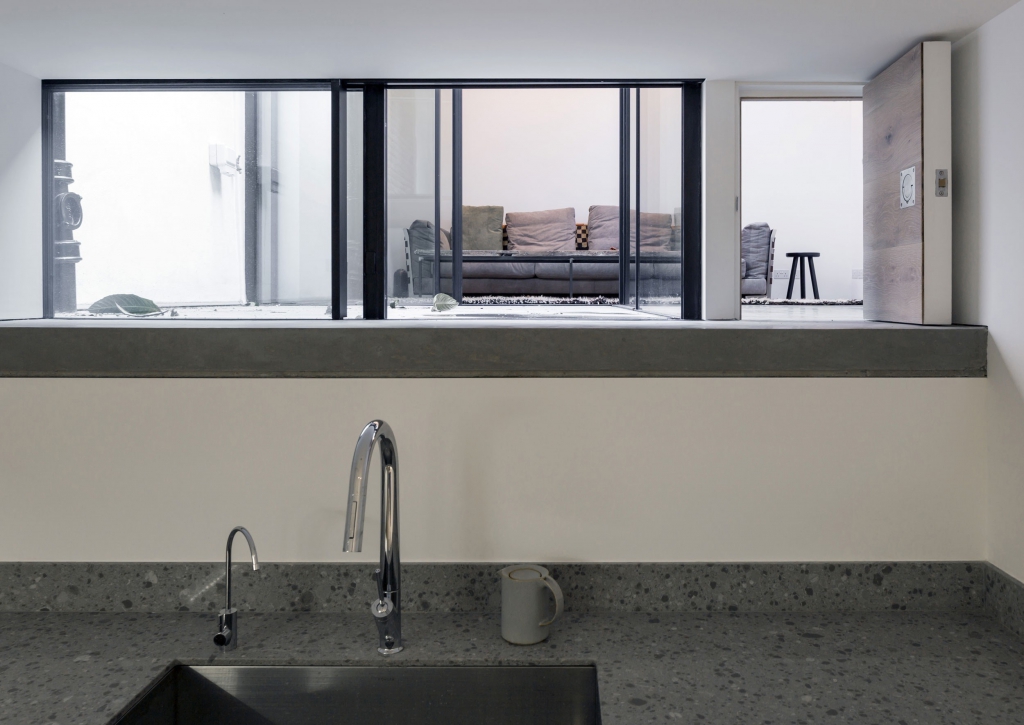 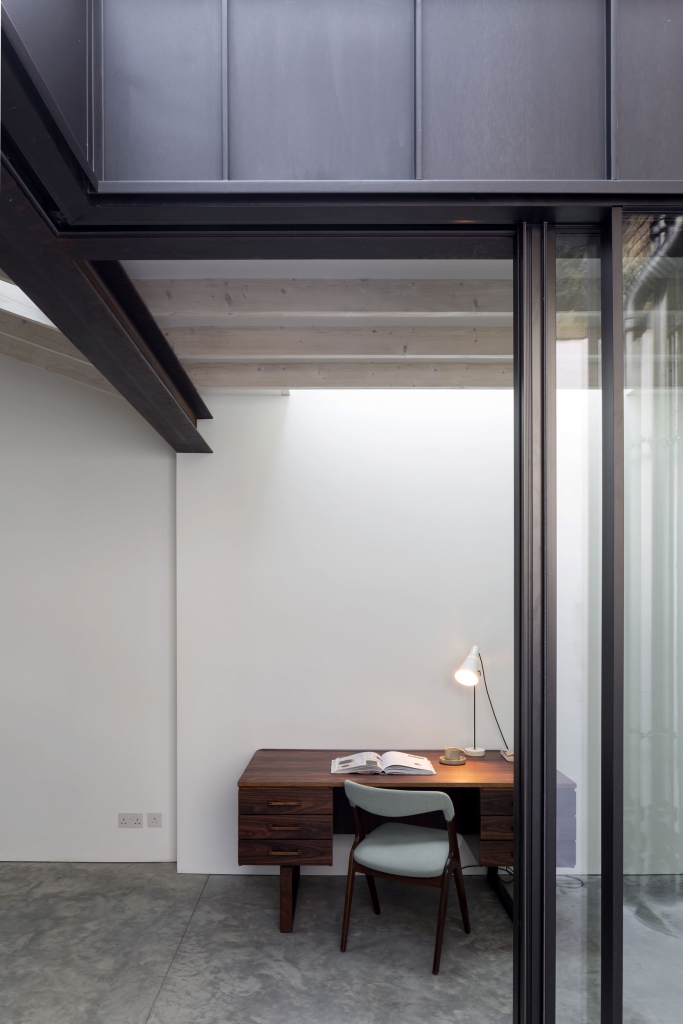 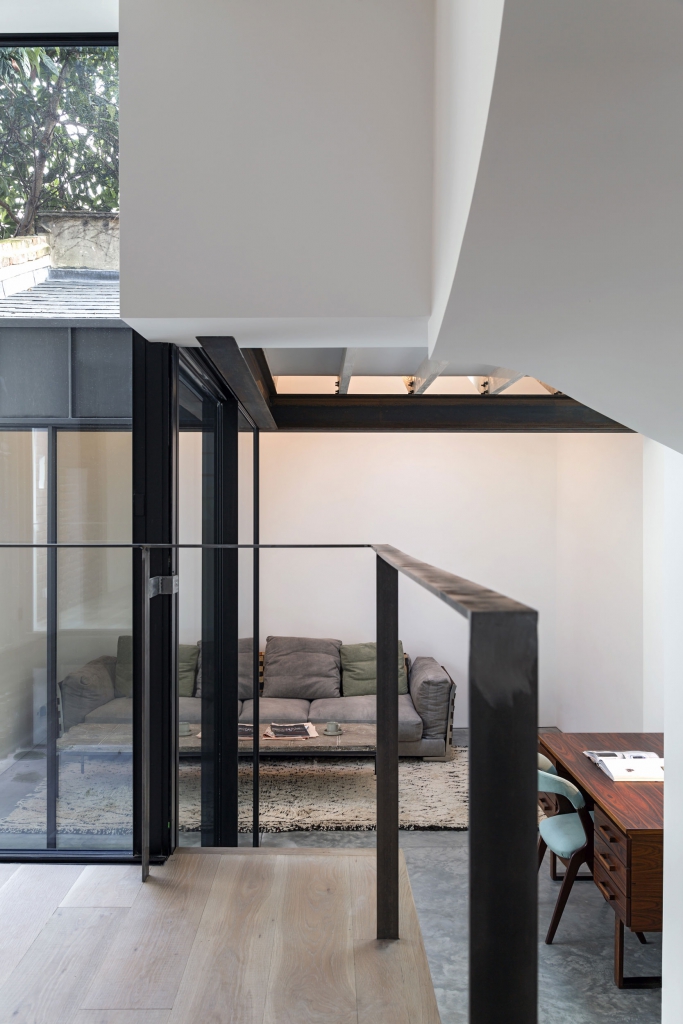 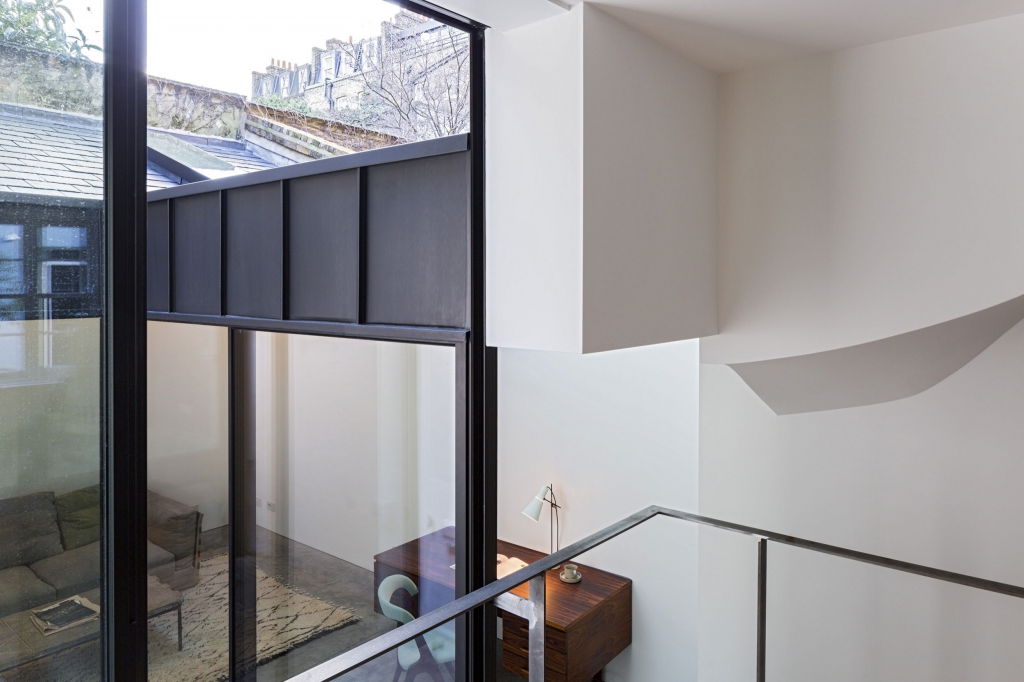 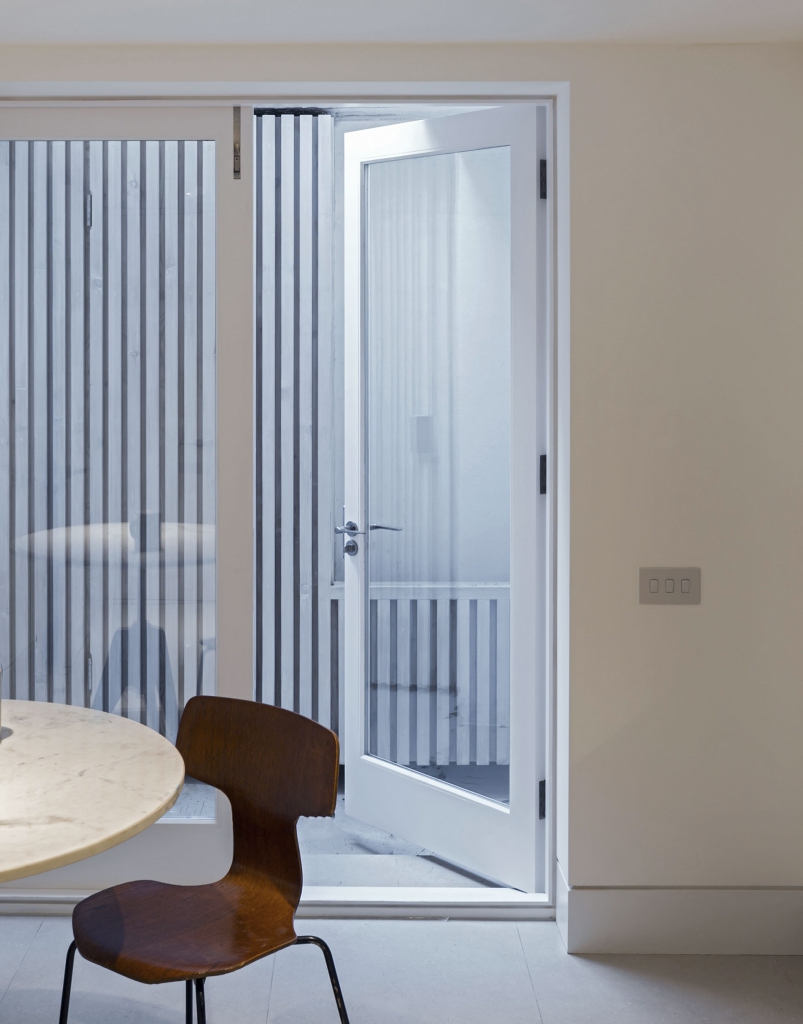 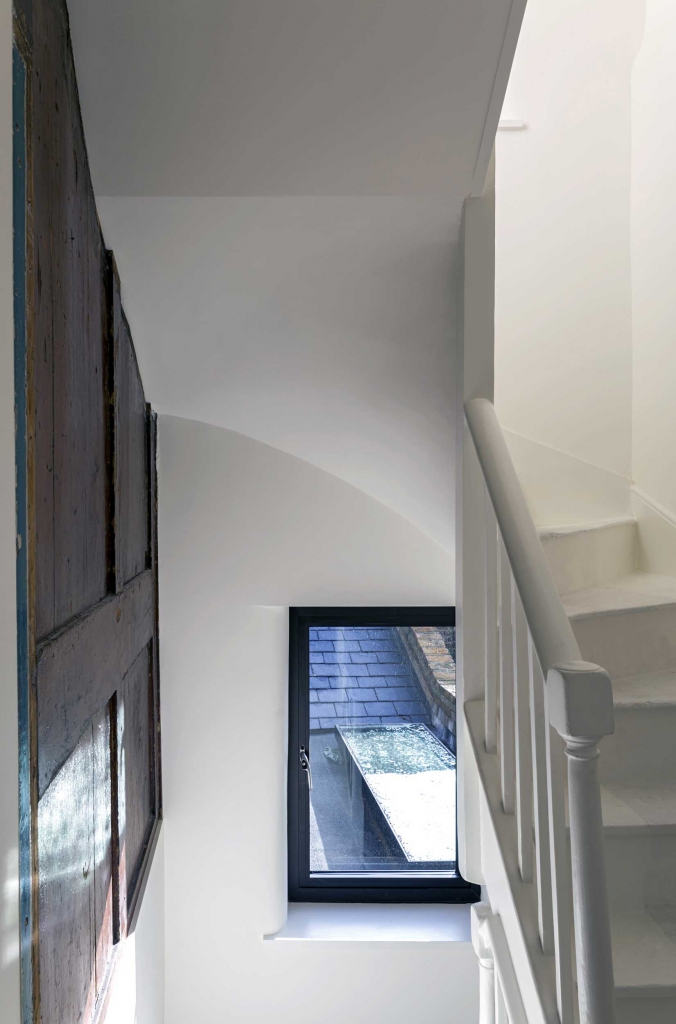 Original Georgian panelling uncovered during the works is retained and exposed 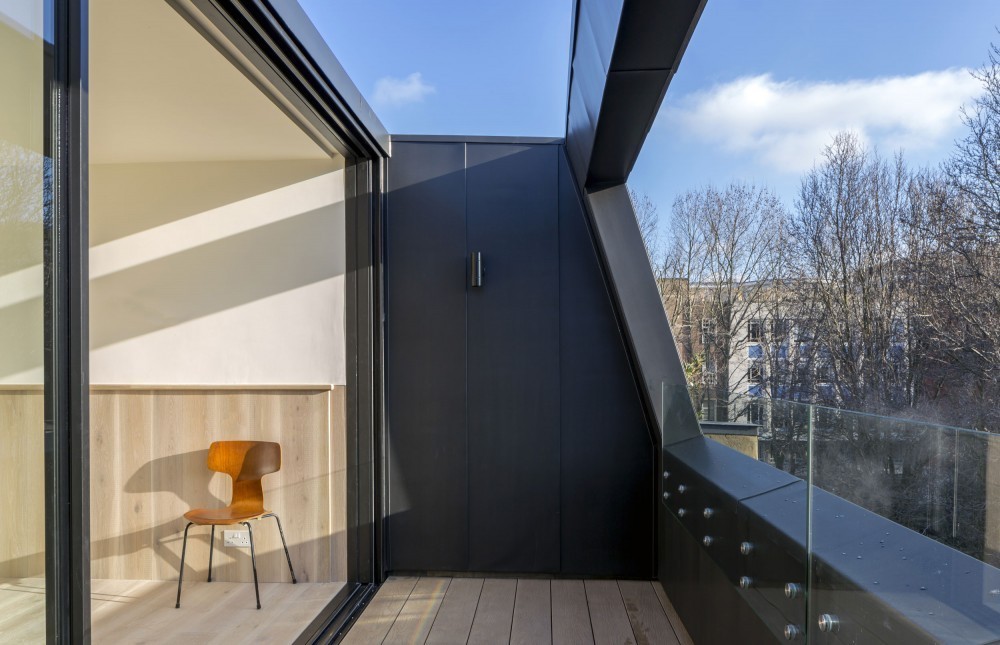 Terrace enclosure to the master bedroom 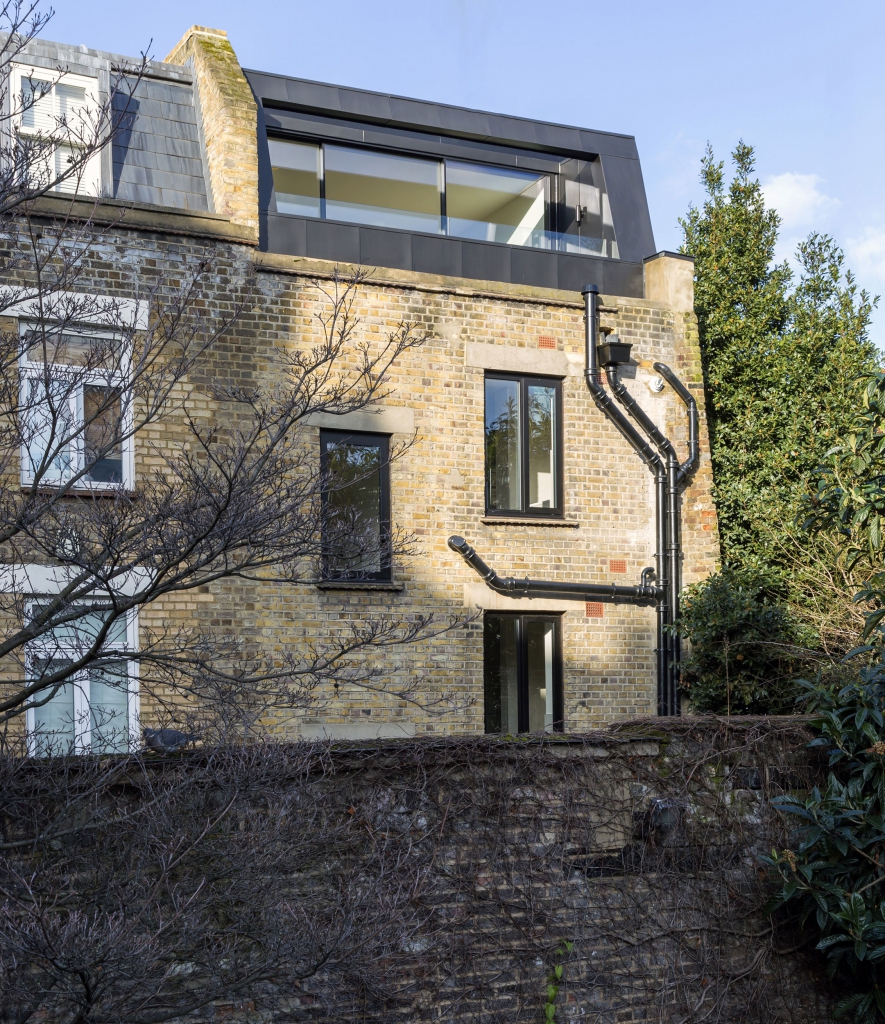 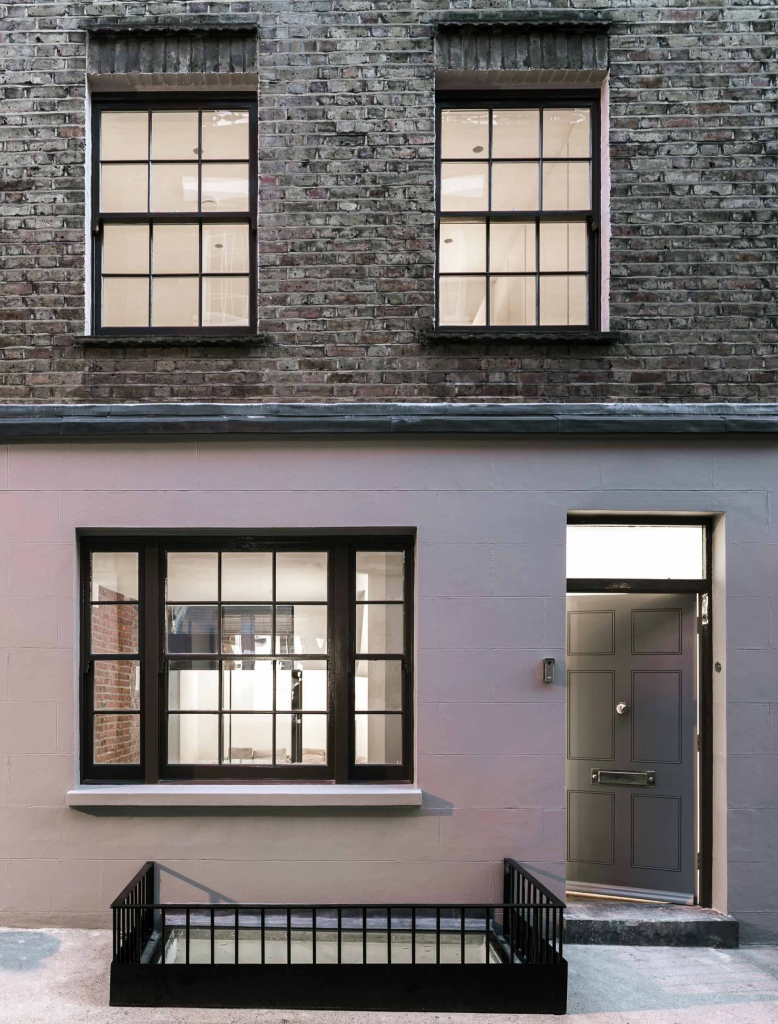 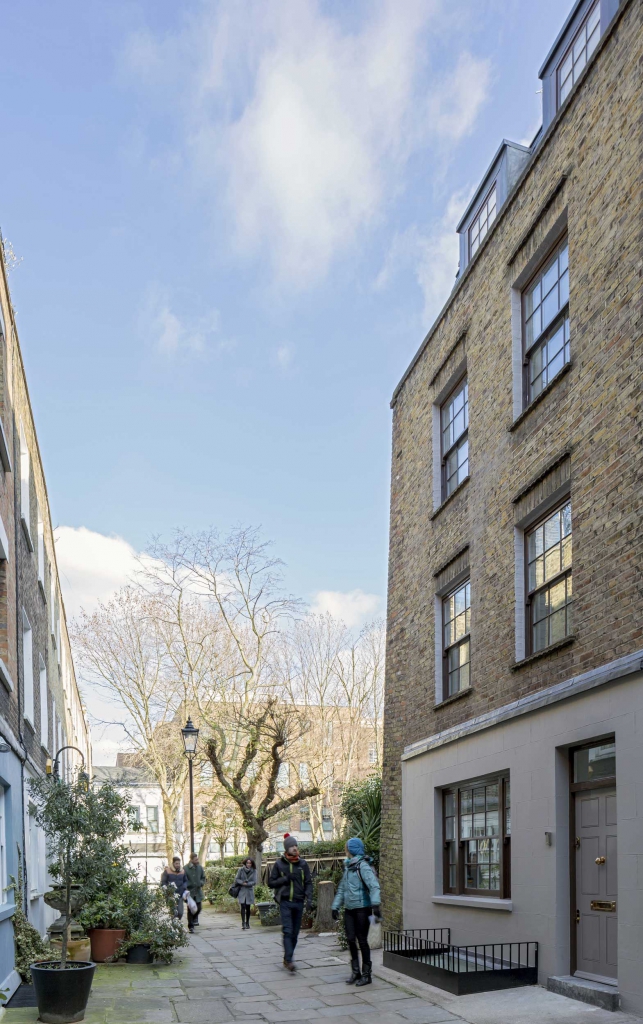 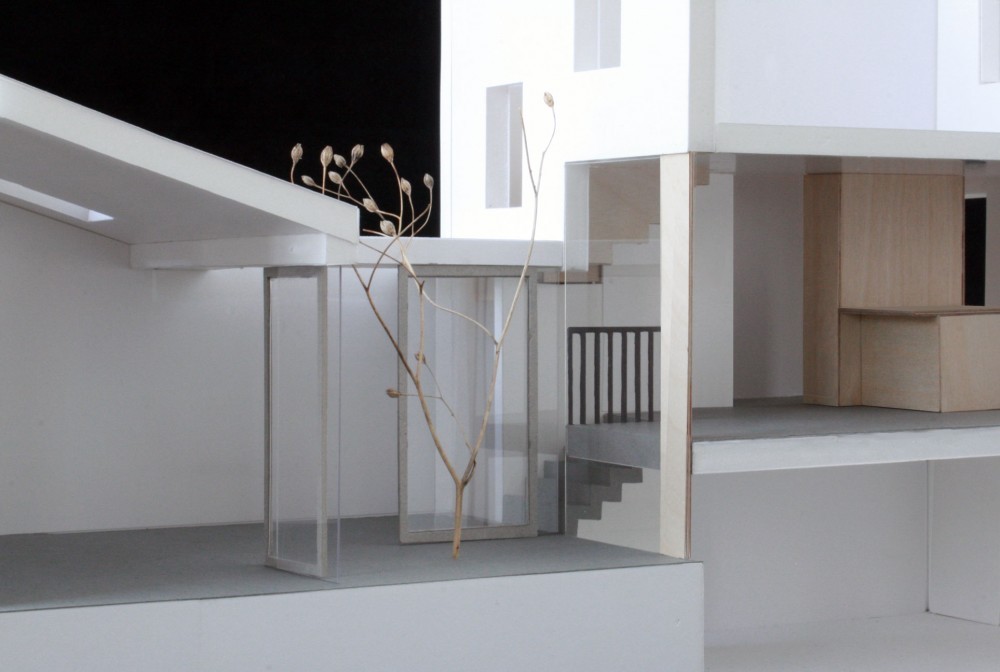 An early model establishes new openings to the rear elevation, the connection to the workshop and the unsupported corner to the courtyard 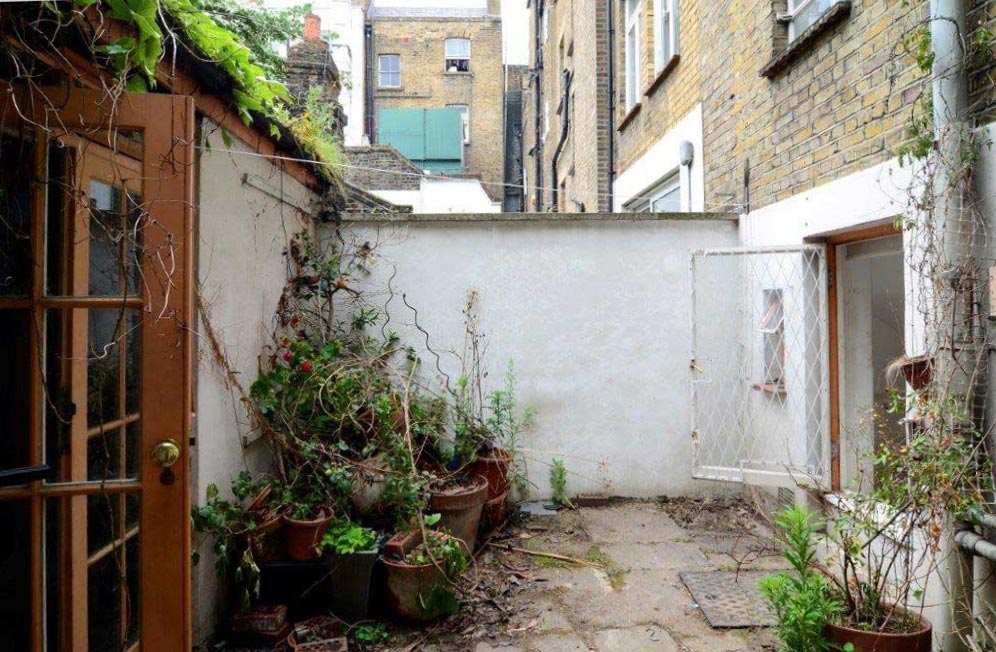 Located in a Georgian court dating from 1766, this house forms part of a terrace which incurred bomb damage during the Second World War resulting in it being partially demolished and substantially rebuilt in the decades since, including the front and rear elevations in their entirety. The house had fallen into a state of disrepair prior to the new owners purchasing it and appointing West Architecture in 2013.

Retaining only the perimeter walls to the house, garden and a former workshop to the rear, an entirely new structure has been inserted. The house now connects to and encompasses the former workshop, increasing the habitable space and creating an enclosed courtyard. The courtyard provides light and ventilation to living spaces on three levels whilst offering framed views and communication between the individual rooms it unifies. Materials to new living areas are predominantly fair faced or untreated to reflect the utility of their previous use.

A new third floor has been added providing a master bedroom and terrace linked by a new staircase to a dressing room and bathrooms below within the body of the original house. On the front elevation, timber sash windows replace the previous metal framed windows and generally the facade has been restored to reflect the well preserved period character of the court.

The work, which included extensive structural interventions, excavations and large glazed elements was all achieved on an extremely confined site with no vehicle access.