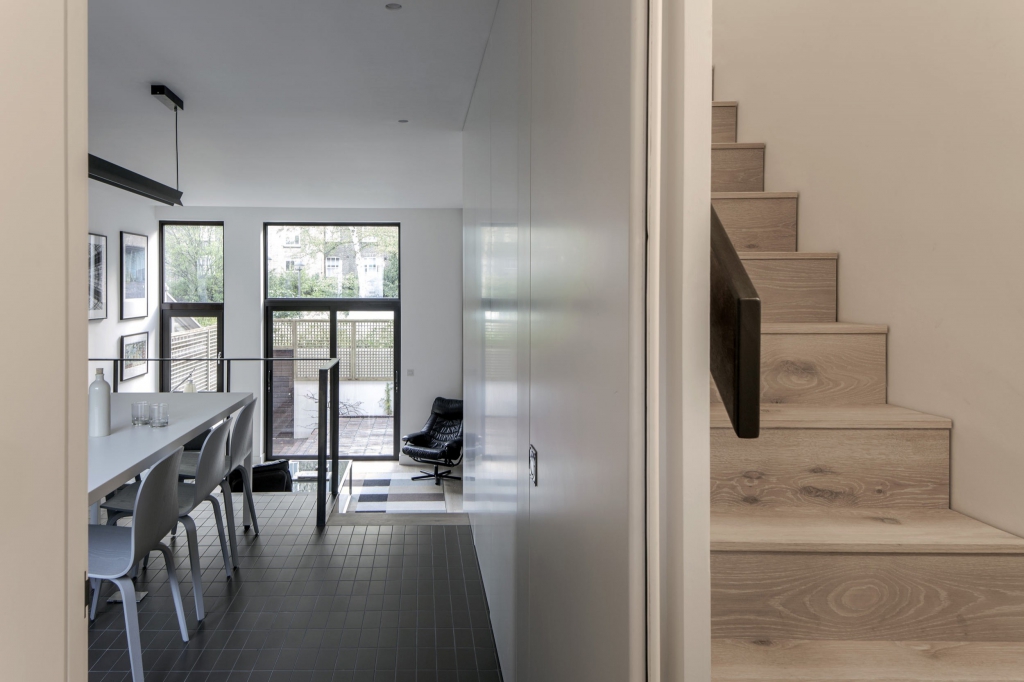 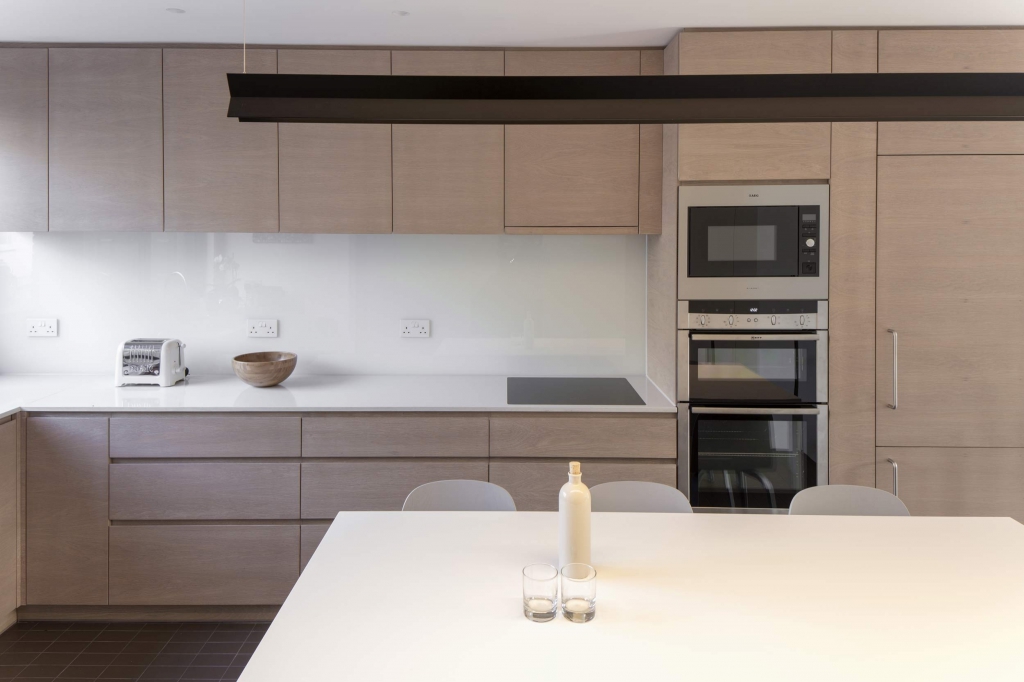 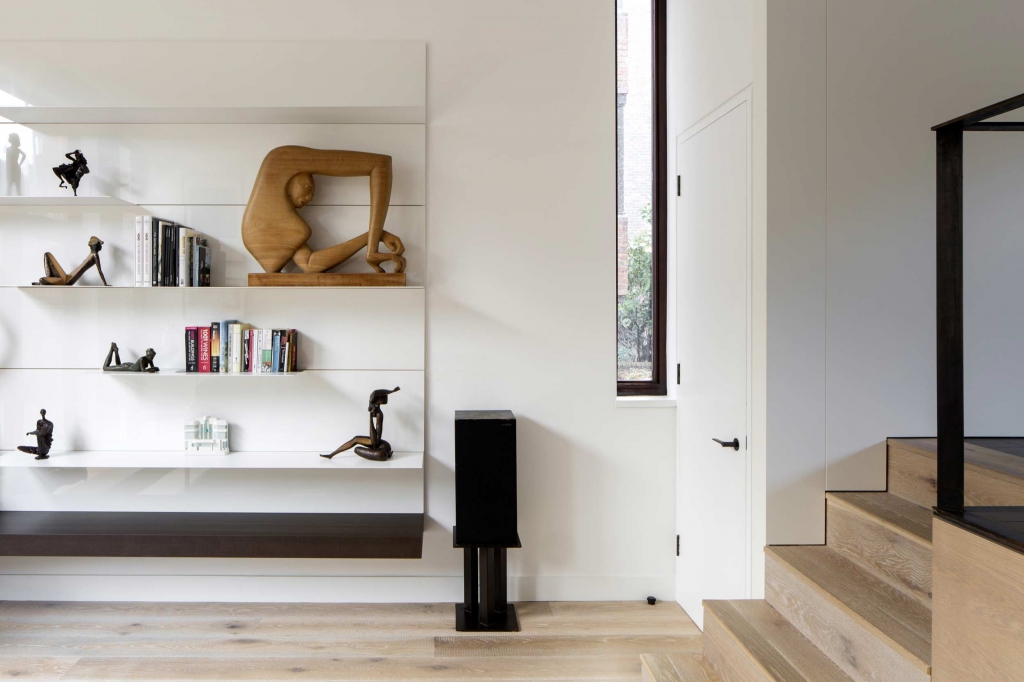 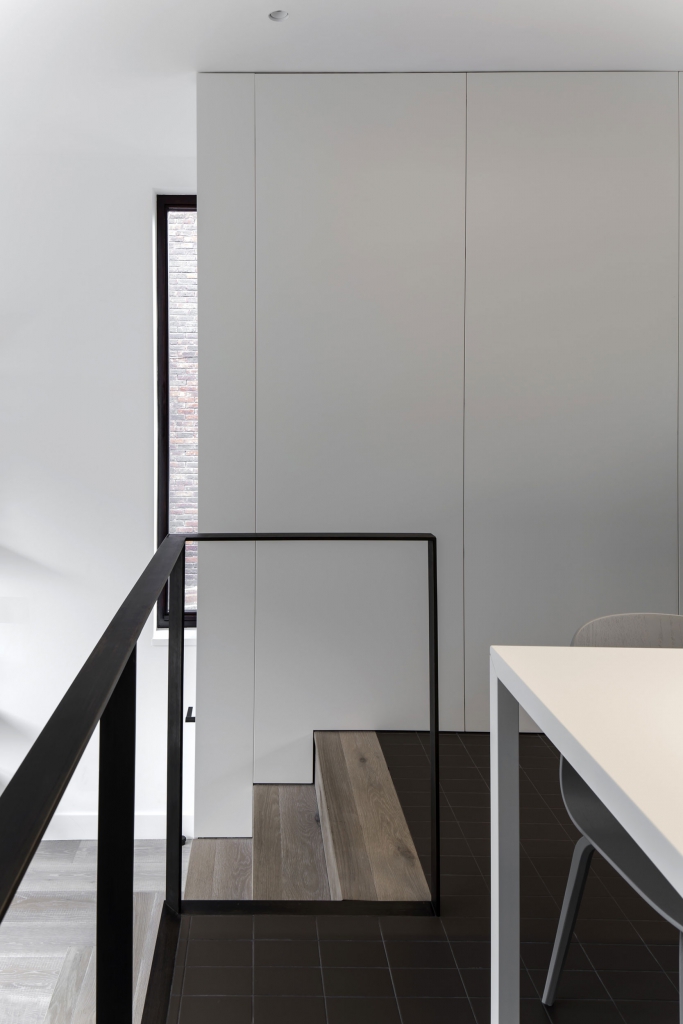 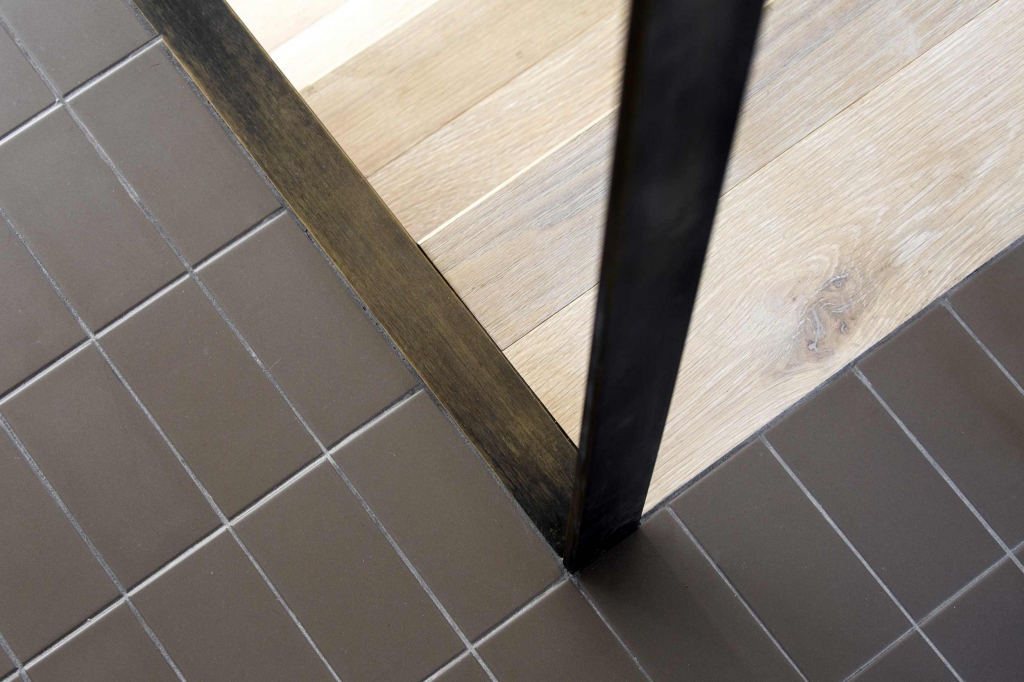 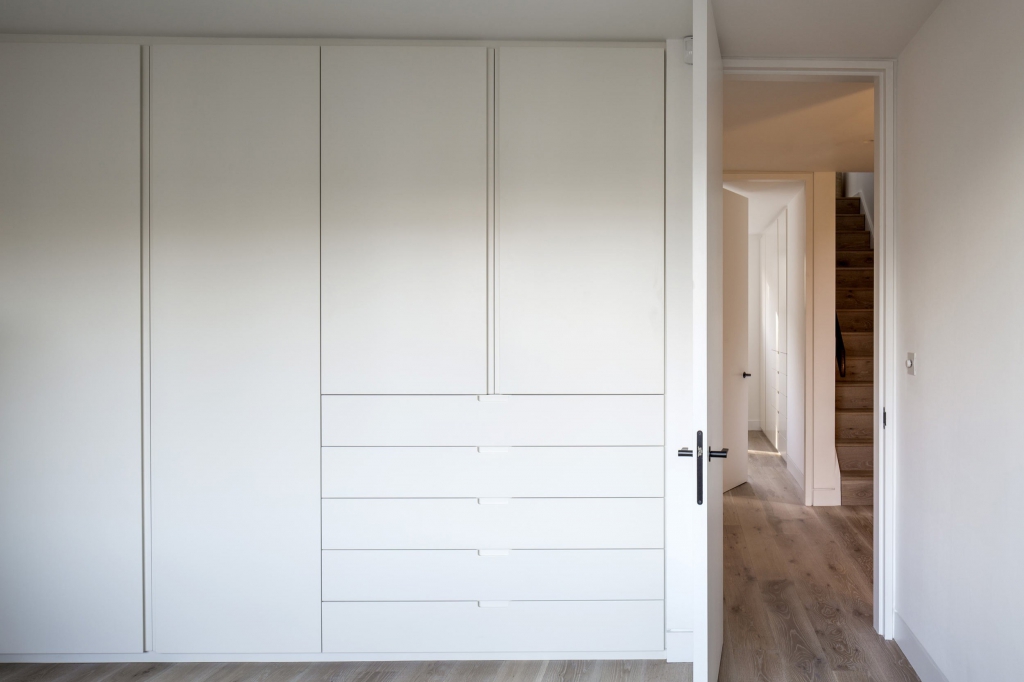 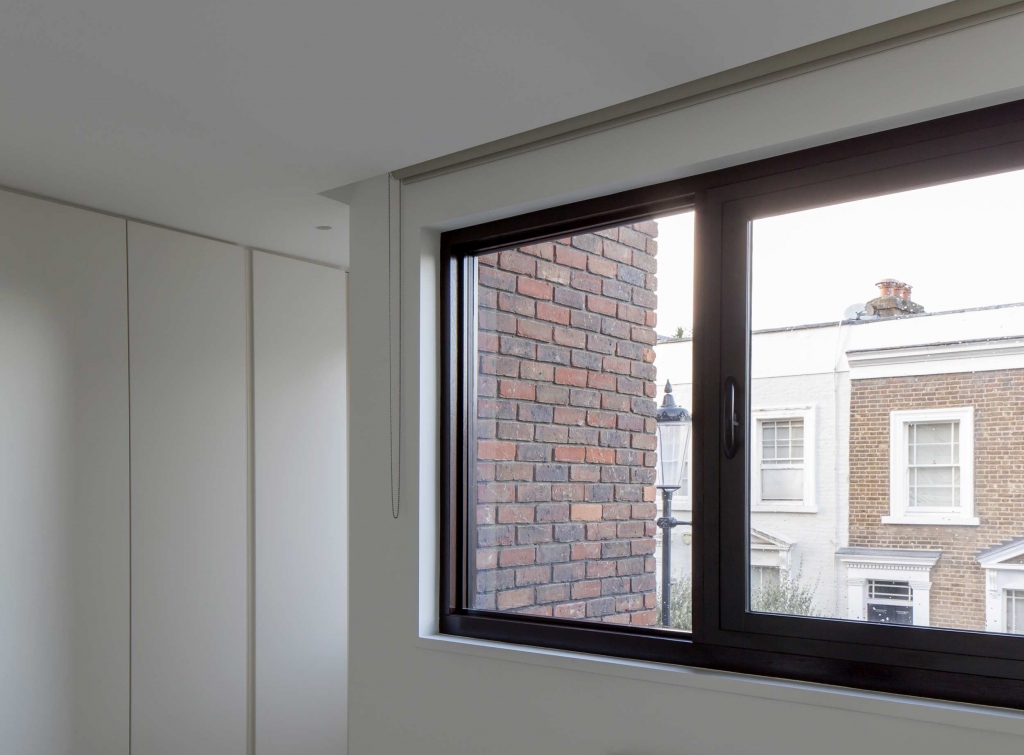 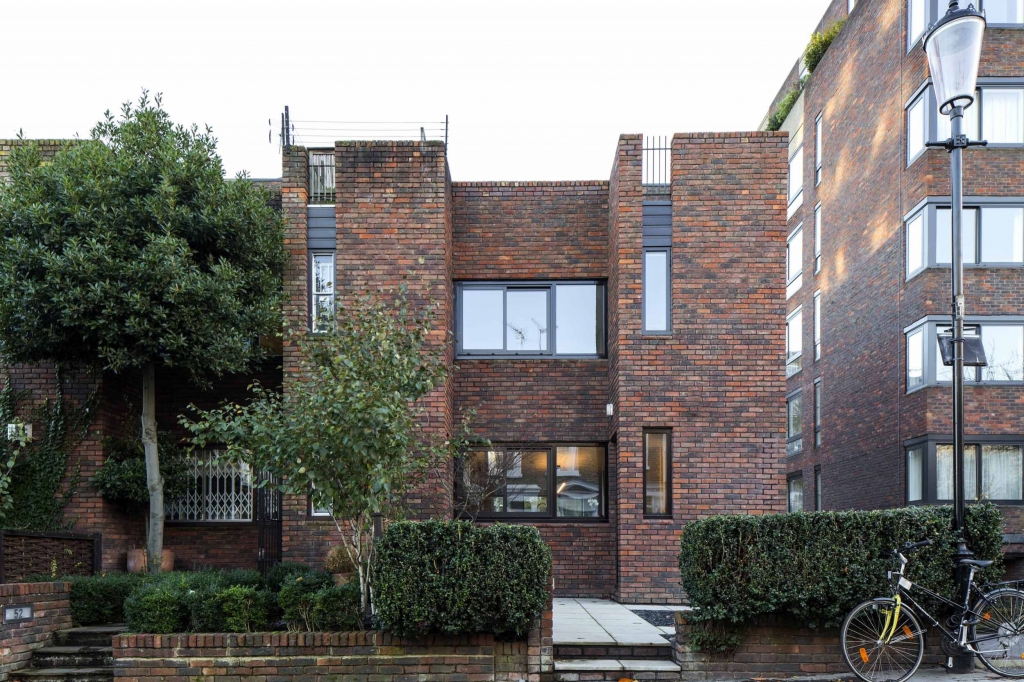 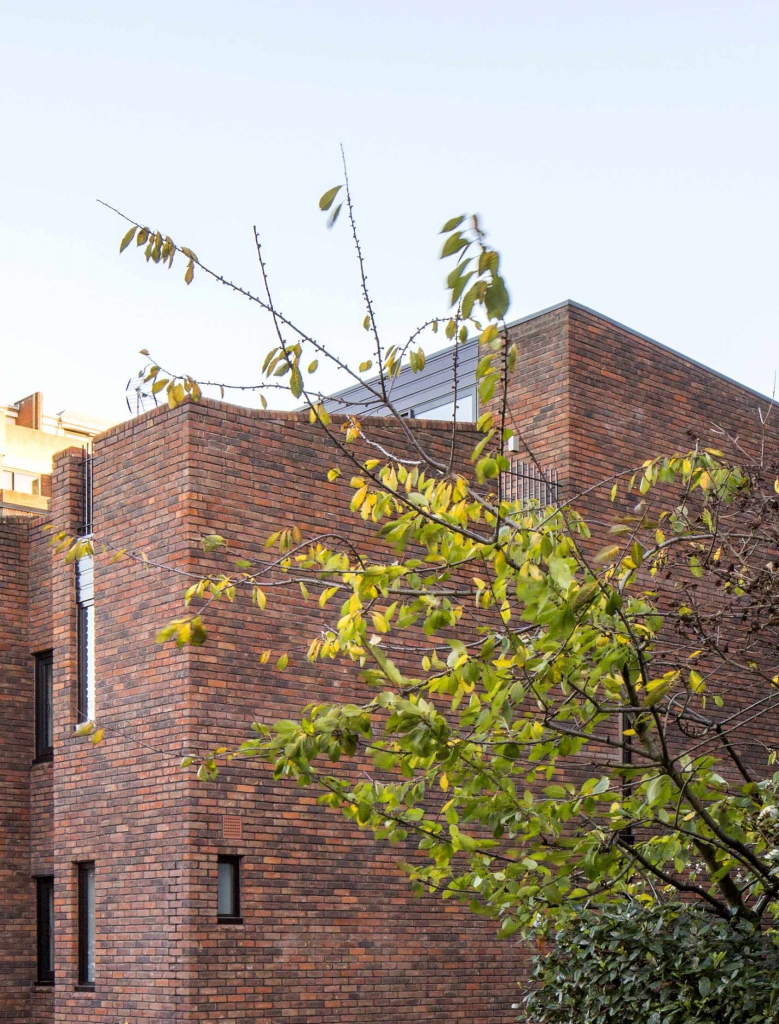 A small infill on the second floor enlarges the bedroom and enables the new relationship between bedroom, ensuite and roof terrace 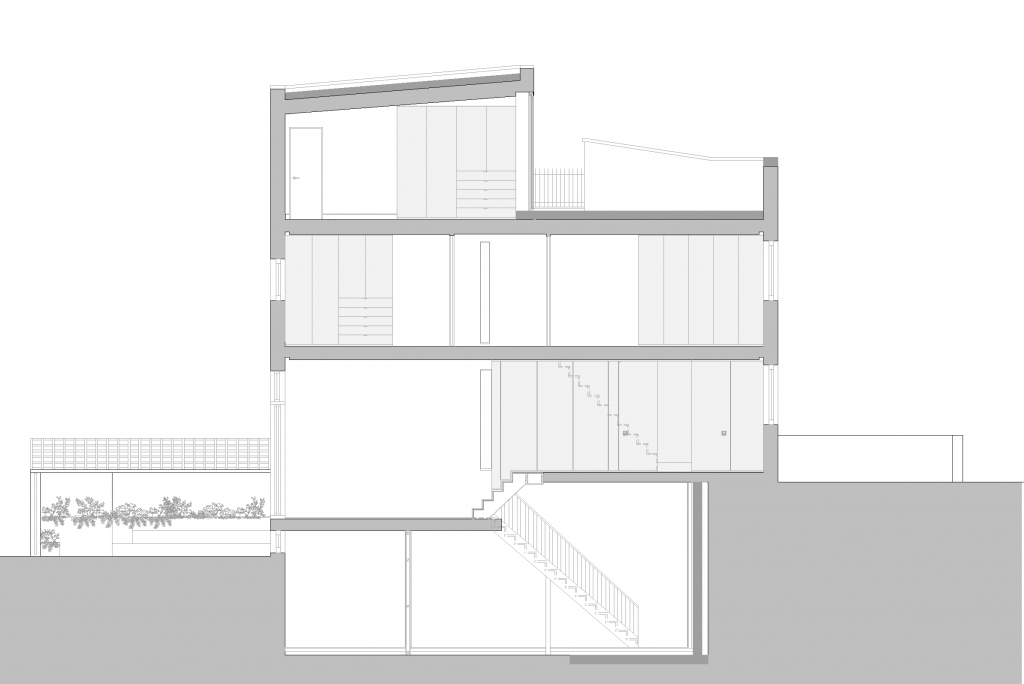 This project refurbishes a late twentieth century house in a conservation area in Kensington. Whilst the original diagram for the house is good, our scheme aims to coax, with minimum intervention a much better and more contemporary home out of the original layout. The ground floor is opened up to a single space providing the main living functions whilst the previously open staircase has been enclosed to re-define these spaces. Throughout the upper levels internal wall positions are adjusted and door heights increased whilst residual spaces are lined with deep cabinetry.

An existing basement has been extended into an unused void formed as part of the original construction, almost doubling its original footprint. Here ancillary functions and a study are characterised by exposed services and painted plywood and brick surfaces.

New double glazed windows are inserted into existing timber frames which have been sensitively restored. Fixed glazing is inserted into the re-beaded timber frames while opening windows have been added in secondary aluminium frames. Front and back gardens and a roof terrace have been reformed with particular emphasis on minimising the visual and physical threshold between inside and out.

Collectively the adjustments, additions and subtractions read as a single project executed by one hand, defining a house which has finally achieved its latent potential.