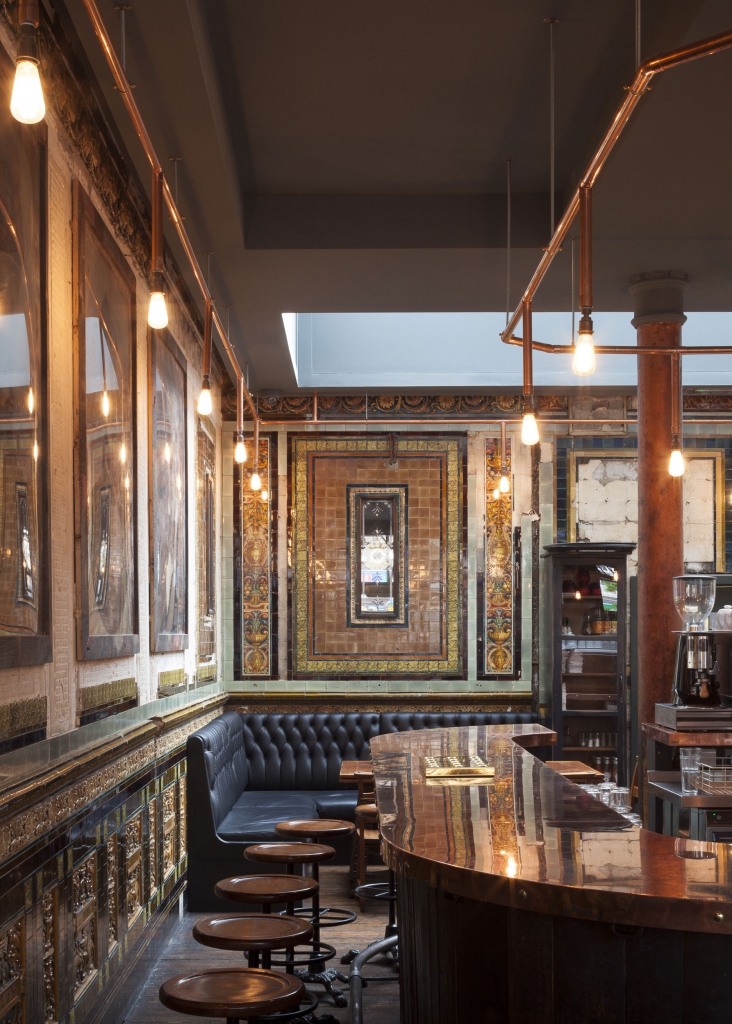 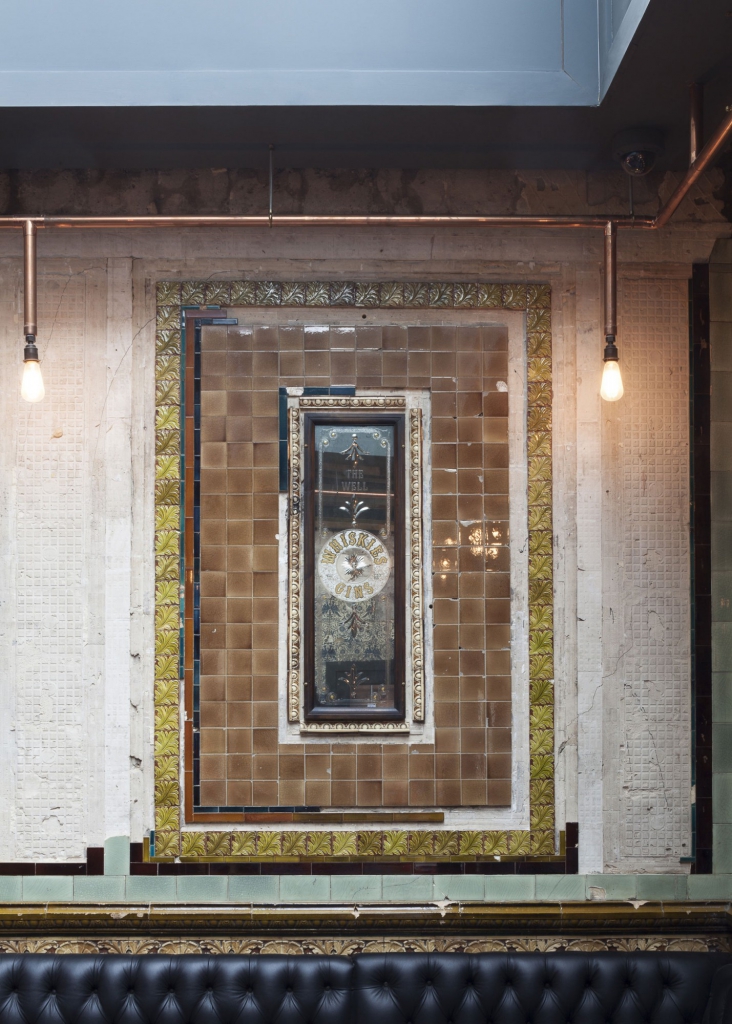 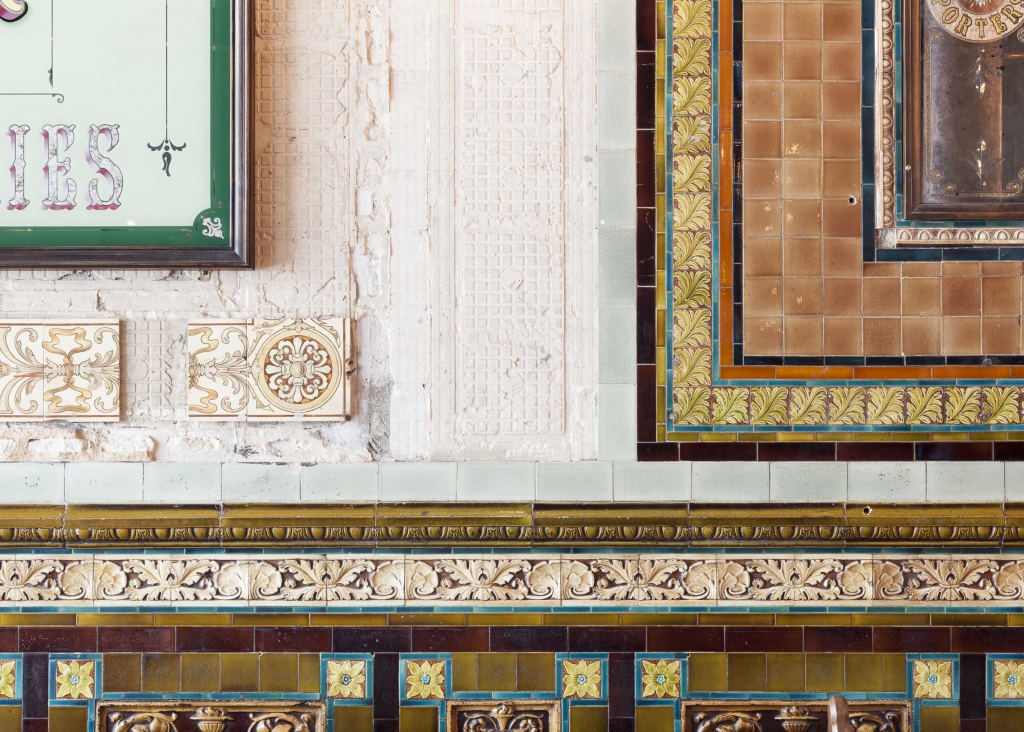 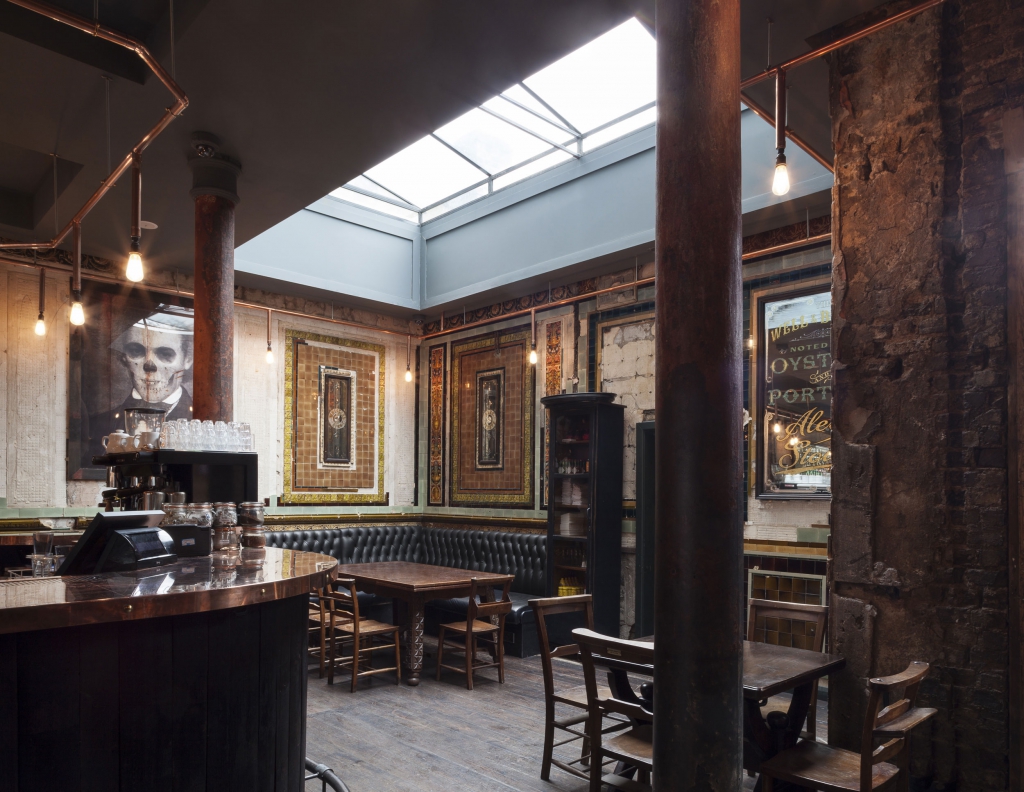 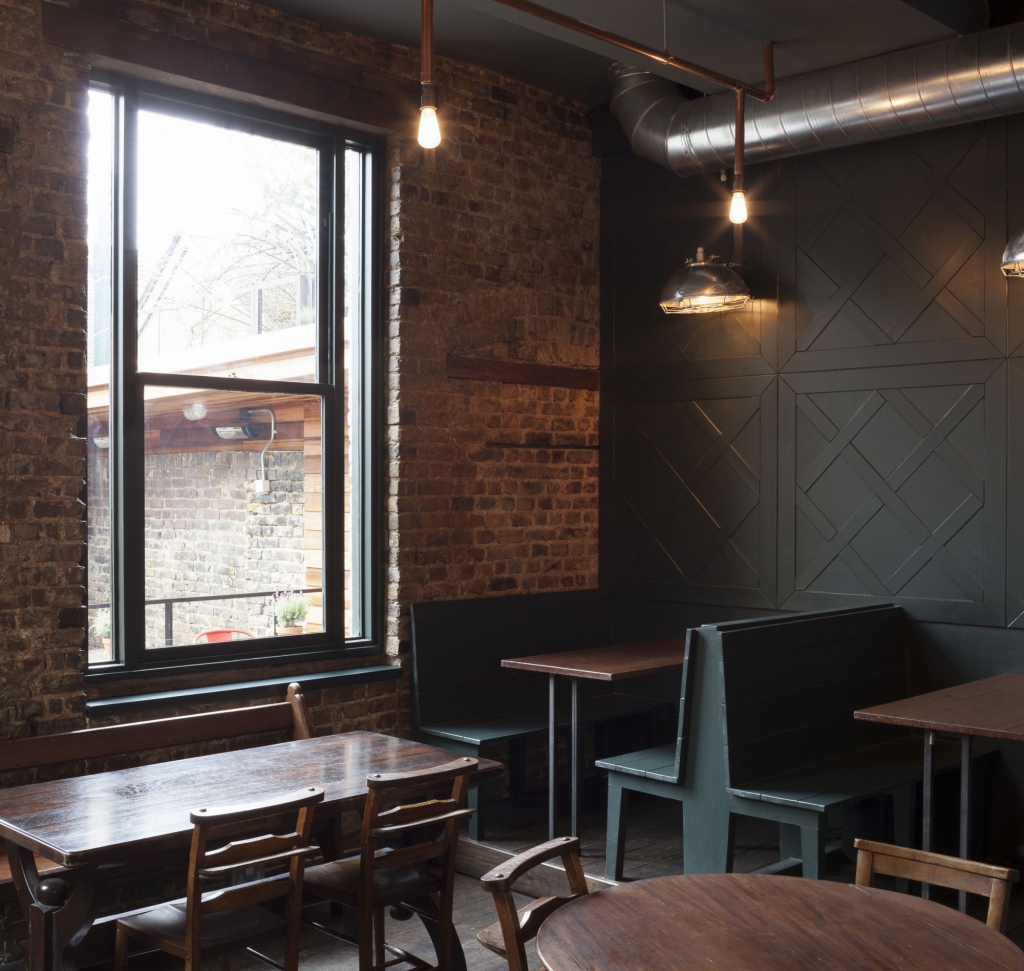 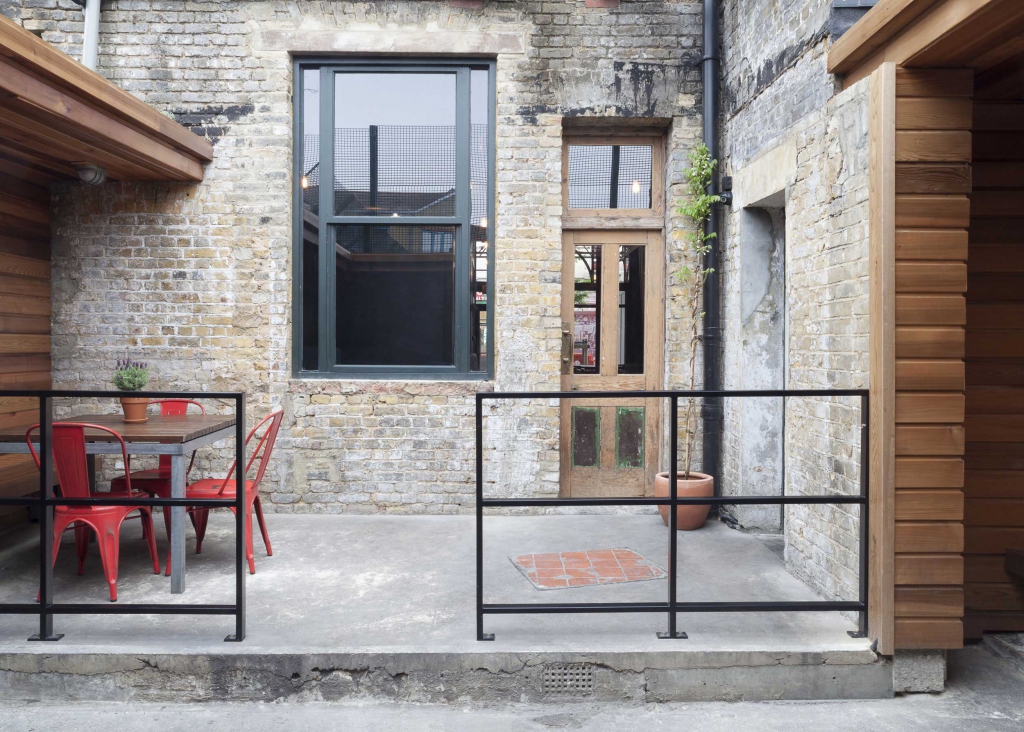 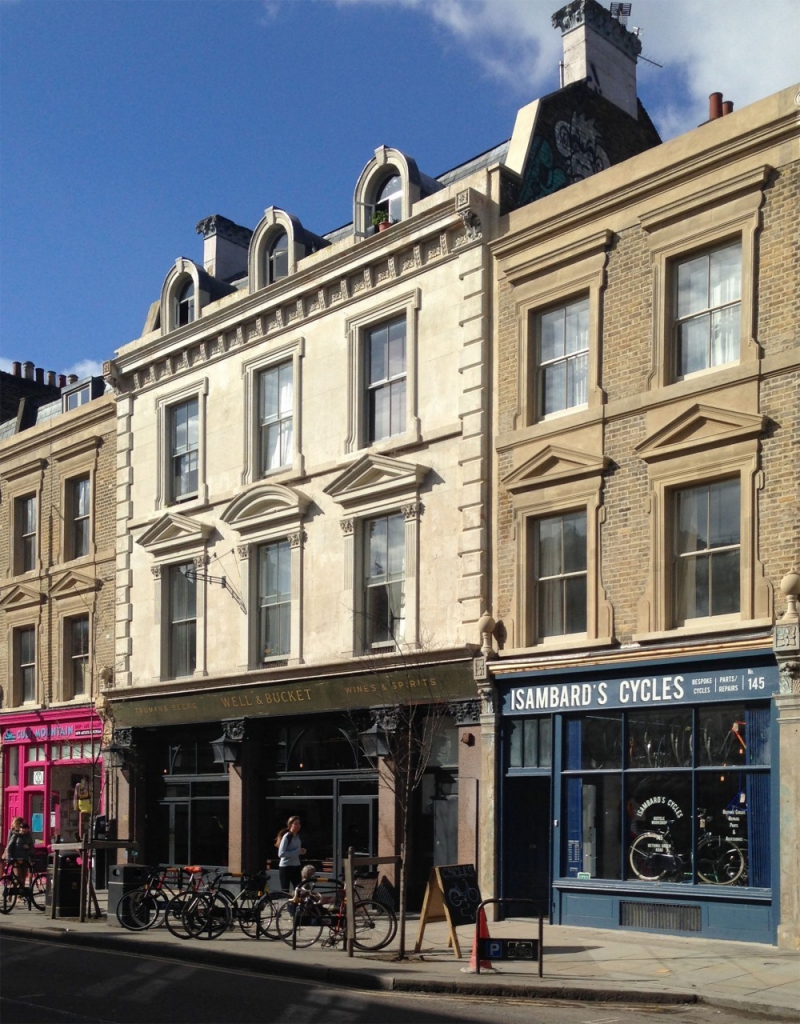 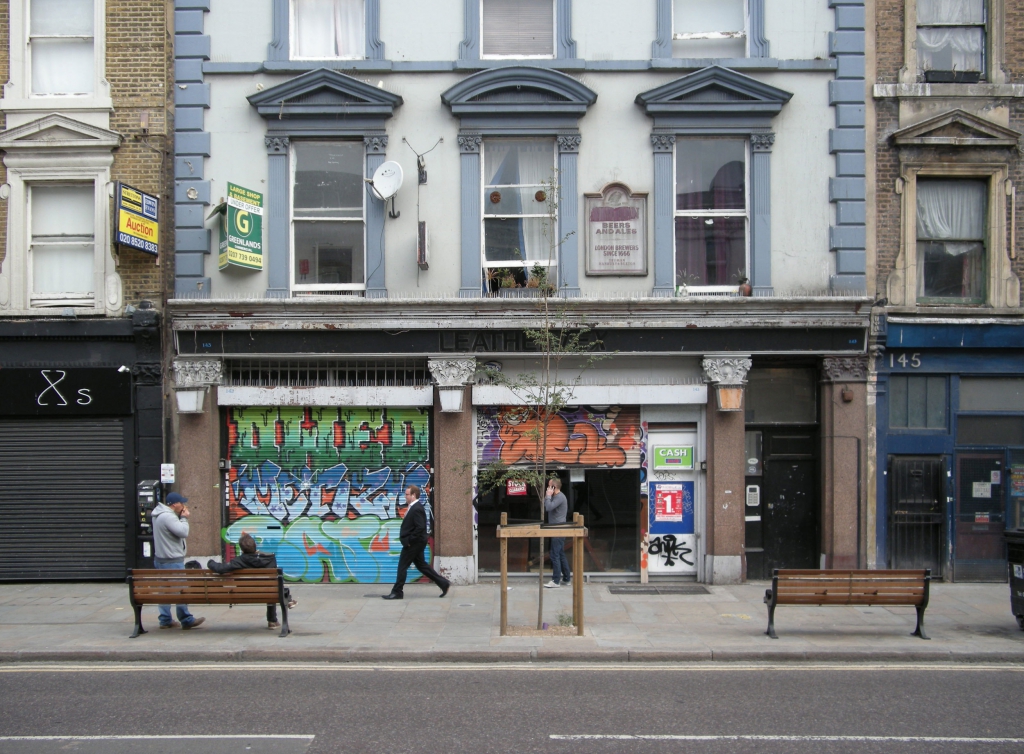 This is a project about uncovering and discovery as an architectural solution.

The building had been used as a leather wholesaler from the mid 1980s. Upon the acquisition of the site we were presented with a plasterboard lined box with no visible suggestion of what lay beyond the lining. After initially obtaining planning permission for change of use a number of separate listed building consents were required during the course of the project as opening up revealed a variety of unexpected features and elements. The remnants of Victorian ornate tiles are now revealed after being hidden behind plasterboard for thirty years.

Our proposals seek to preserve what remains of original features and finishes whilst inserting contemporary additions. A new staircase to the basement connects to a private function room, cocktail bar and relocated WCs. To the rear a former infill extension has been removed to create a new outside drinking area overlooked by a new window in an original opening which had previously been bricked up. Upgraded acoustics separate the bar from adjacent residential units to one side and above.

The pub forms the centre piece of a Grade II  listed terrace which has been restored by Julian Harrap Architects.