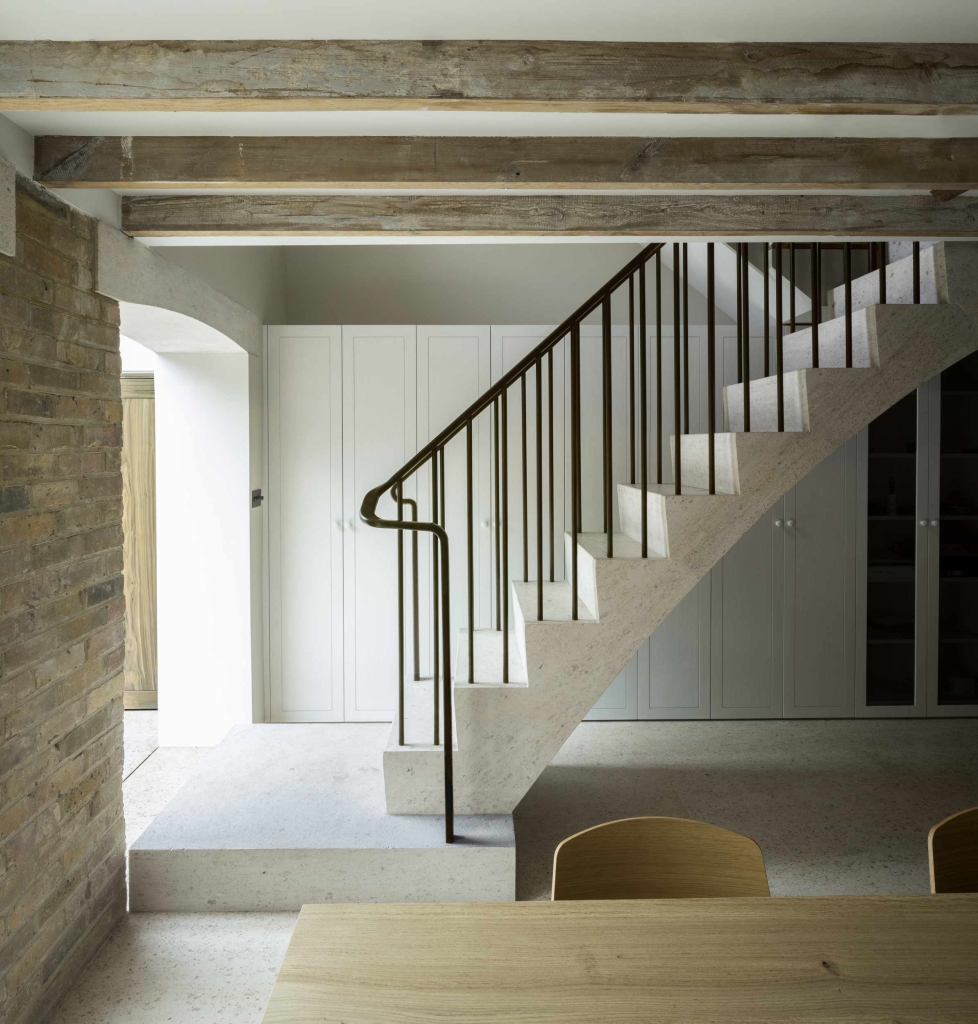 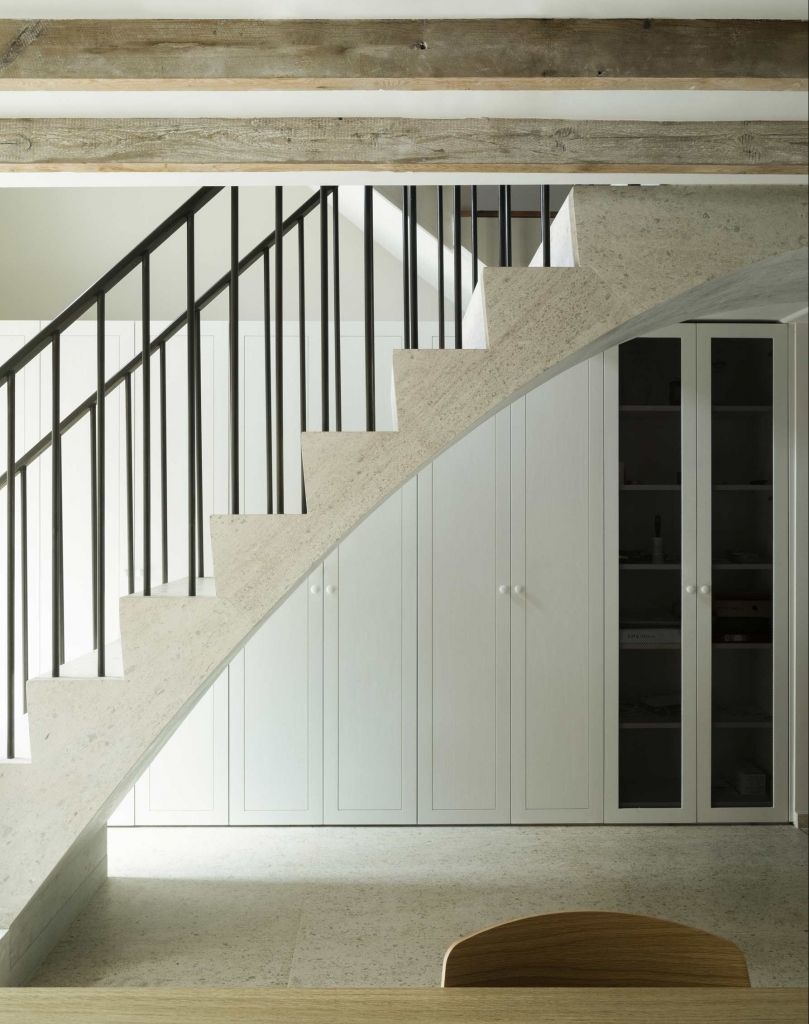 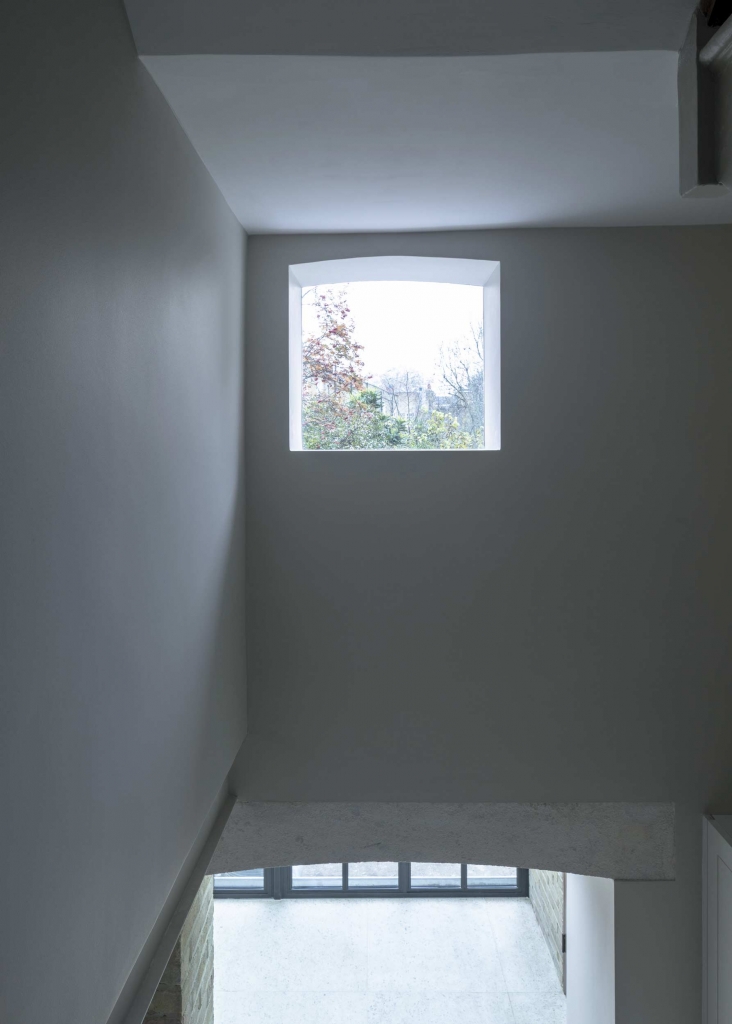 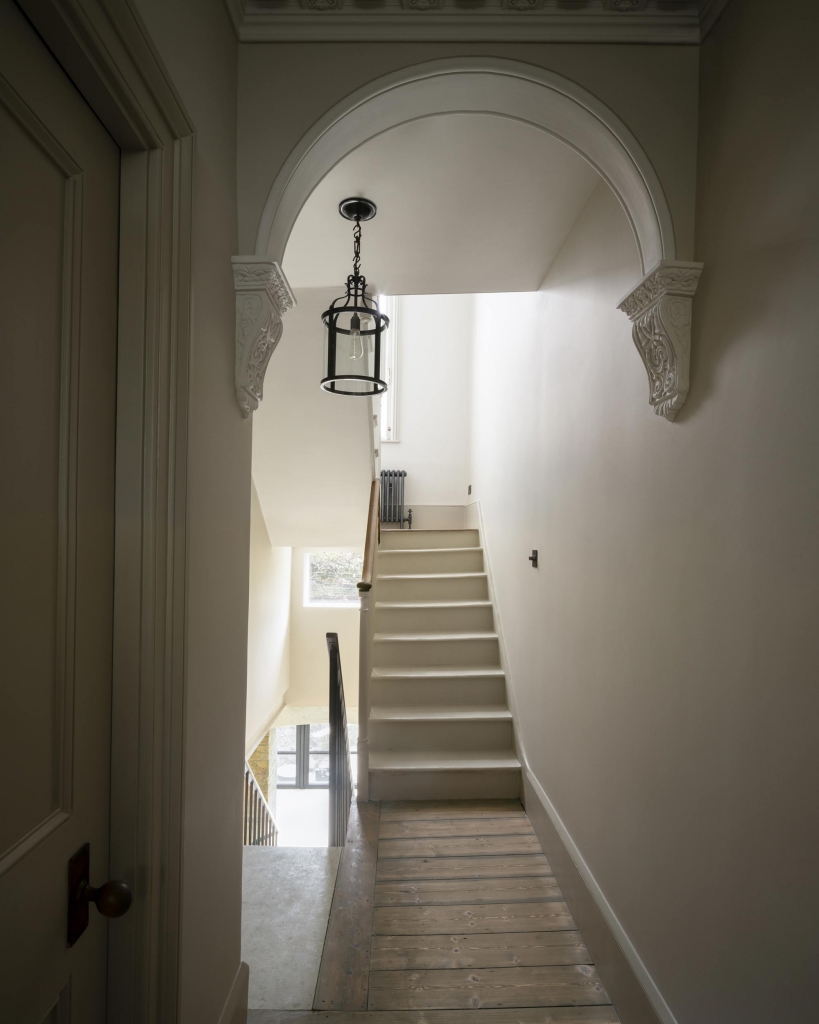 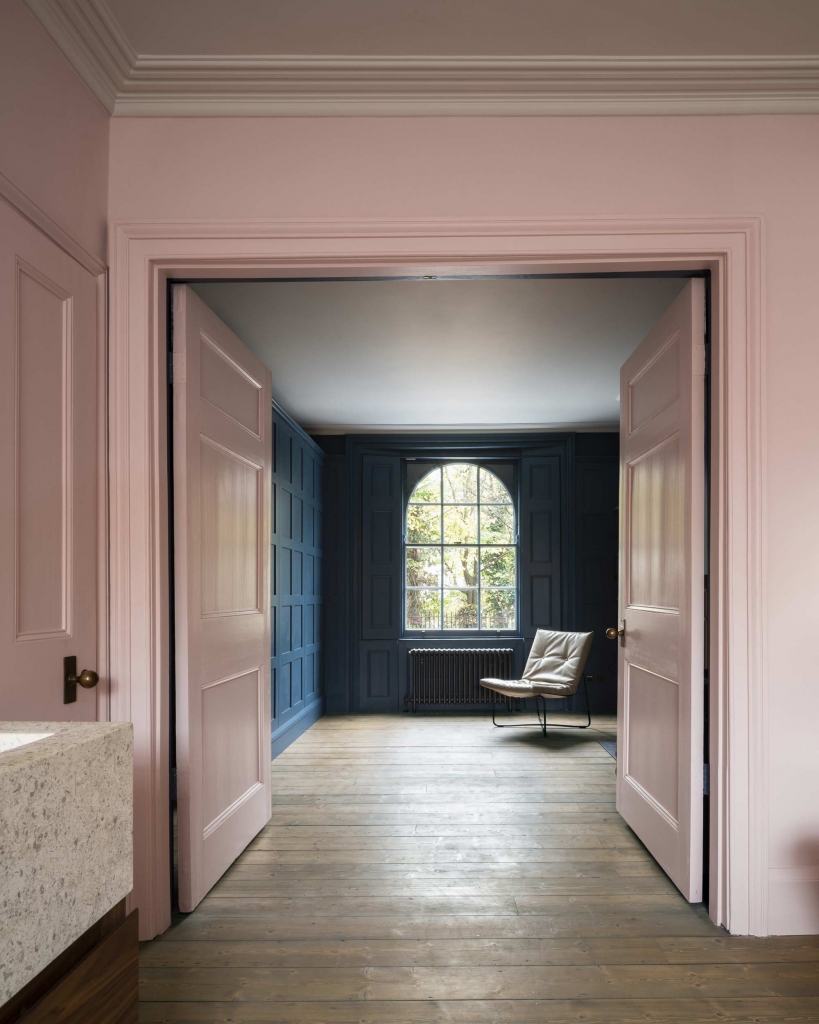 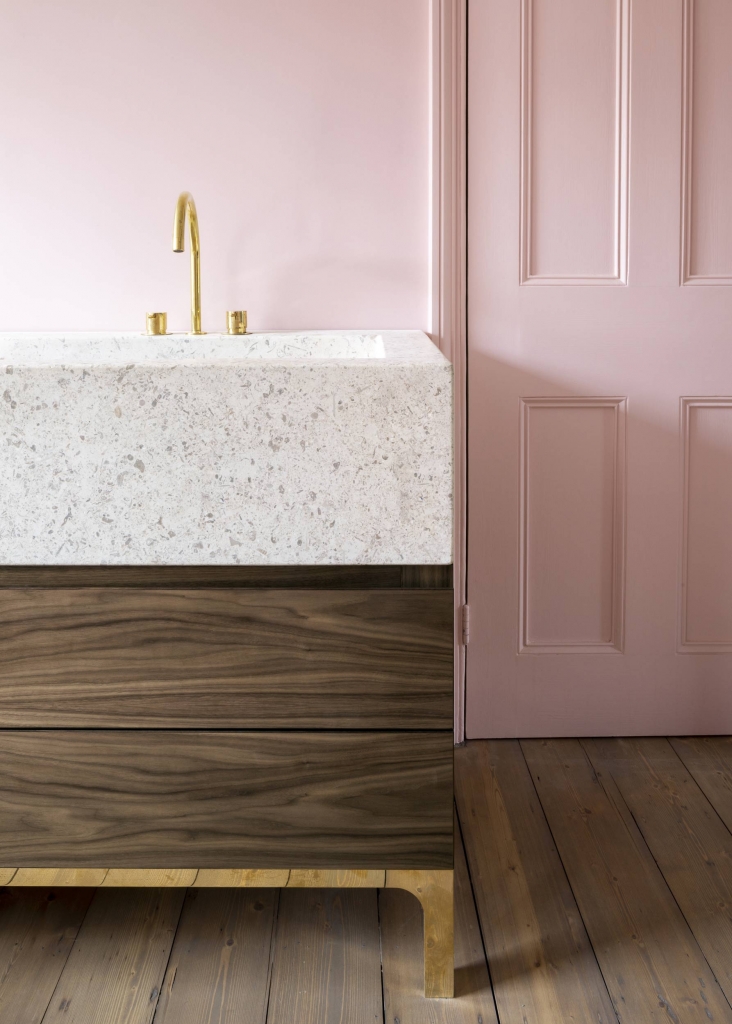 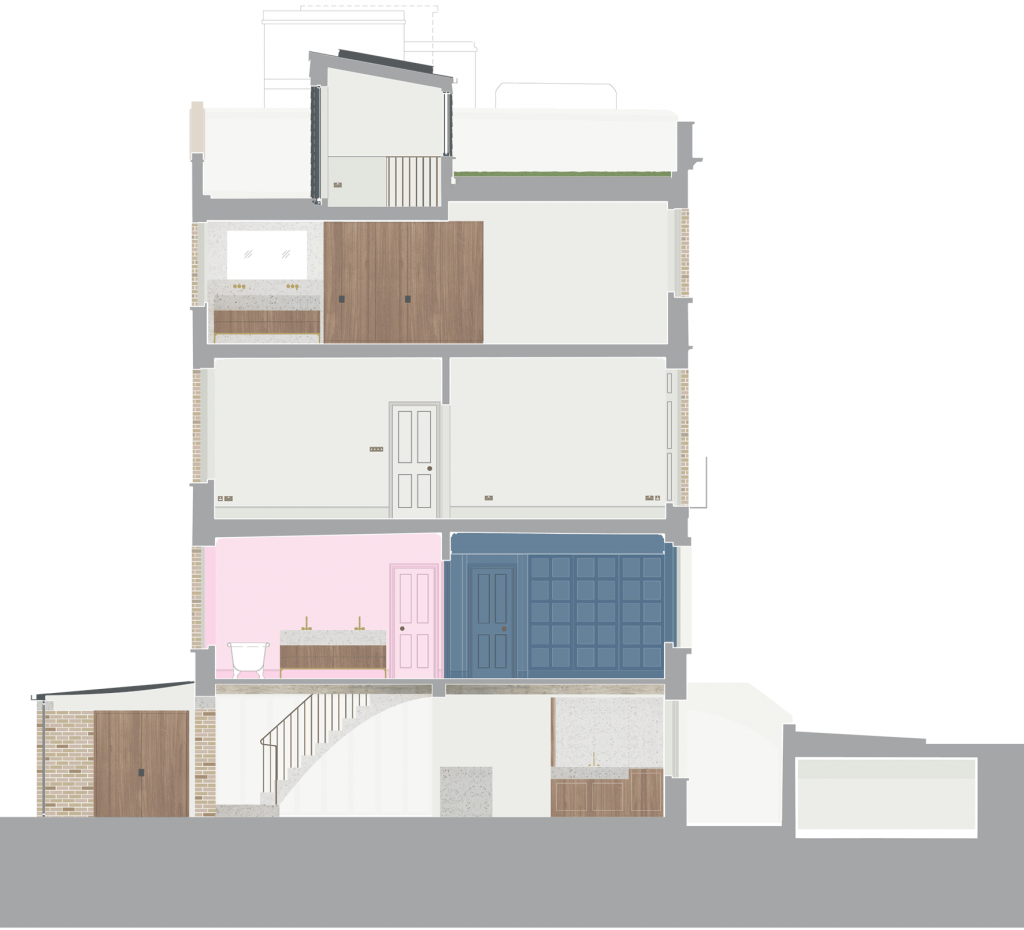 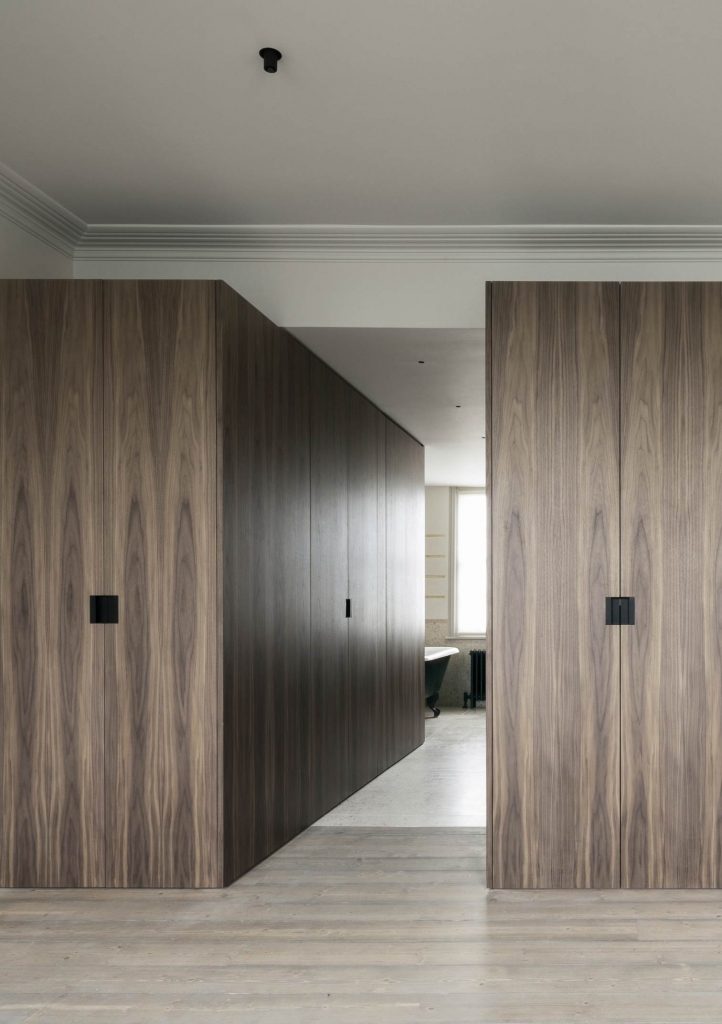 A walnut dressing room links the master bedroom to its bathroom 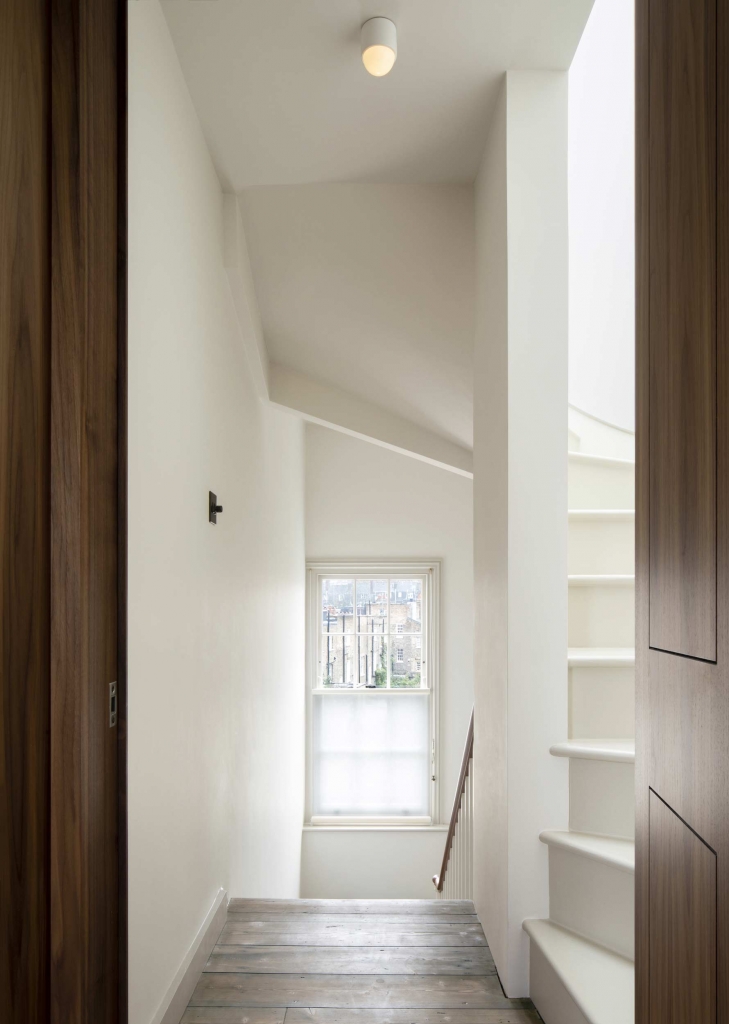 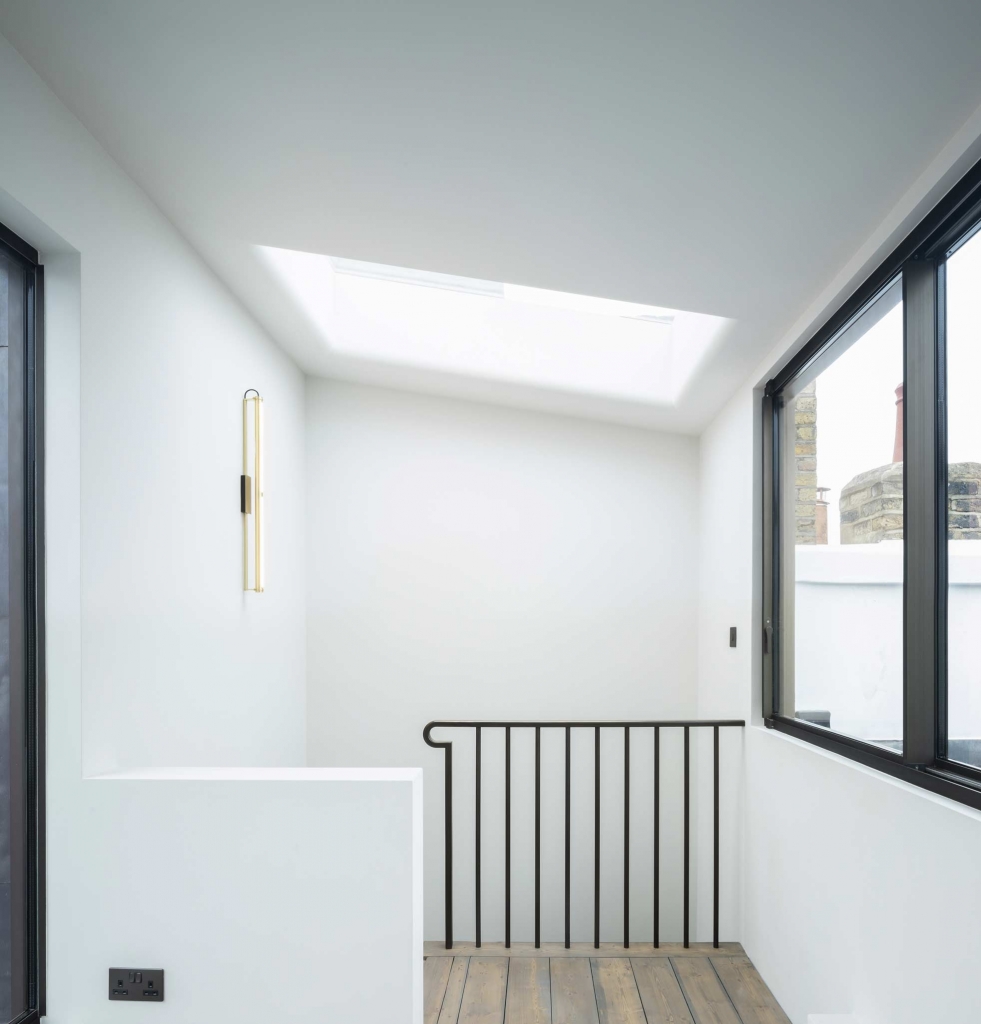 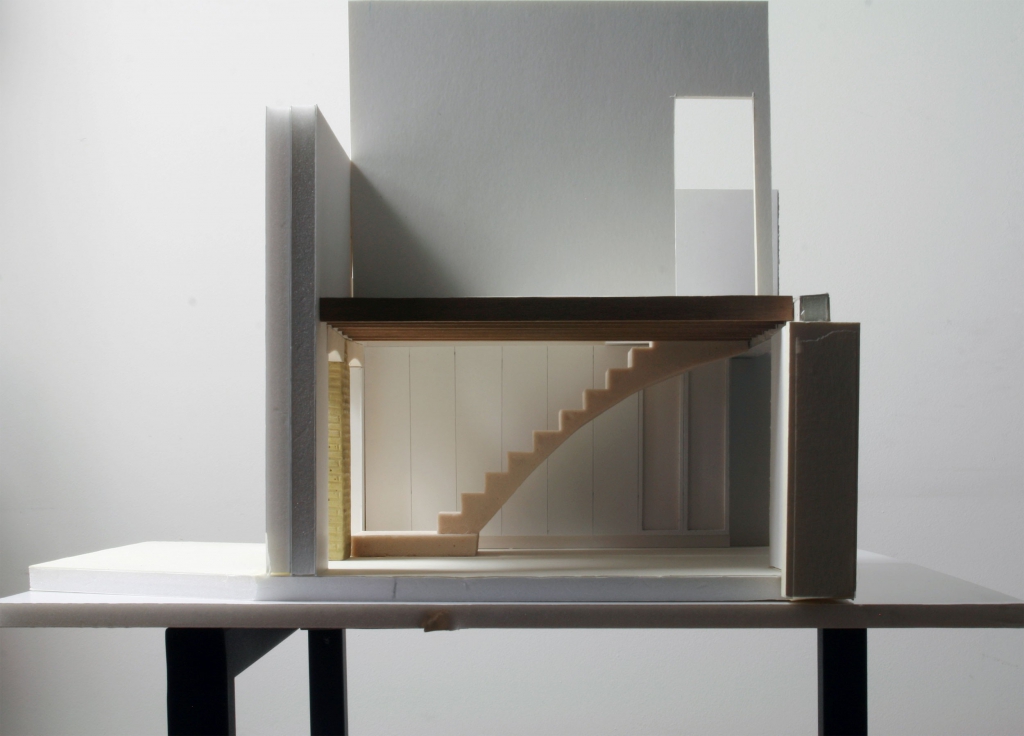 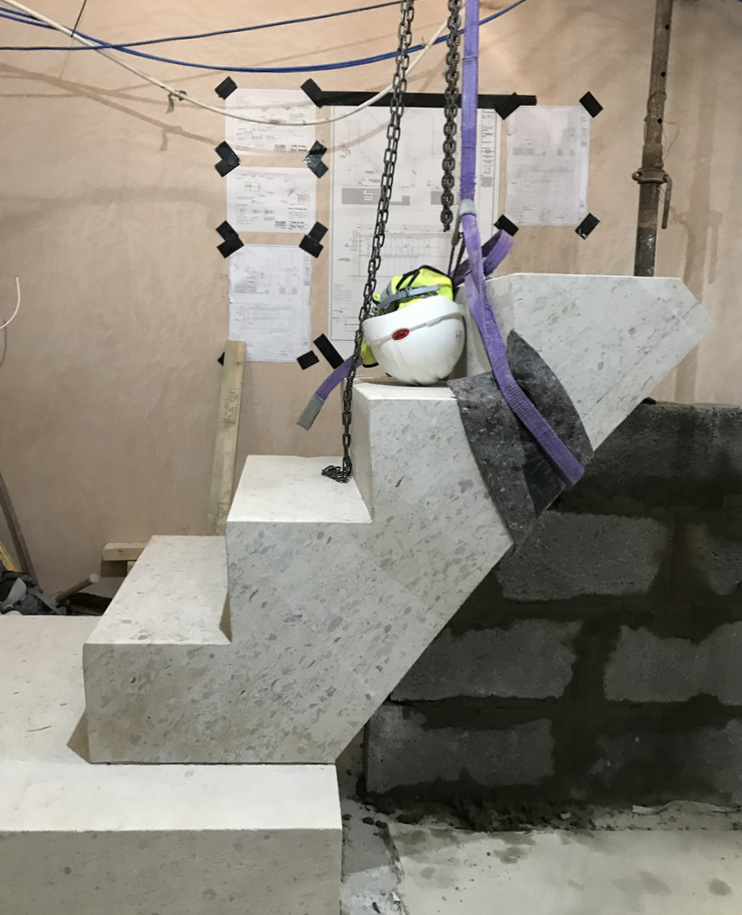 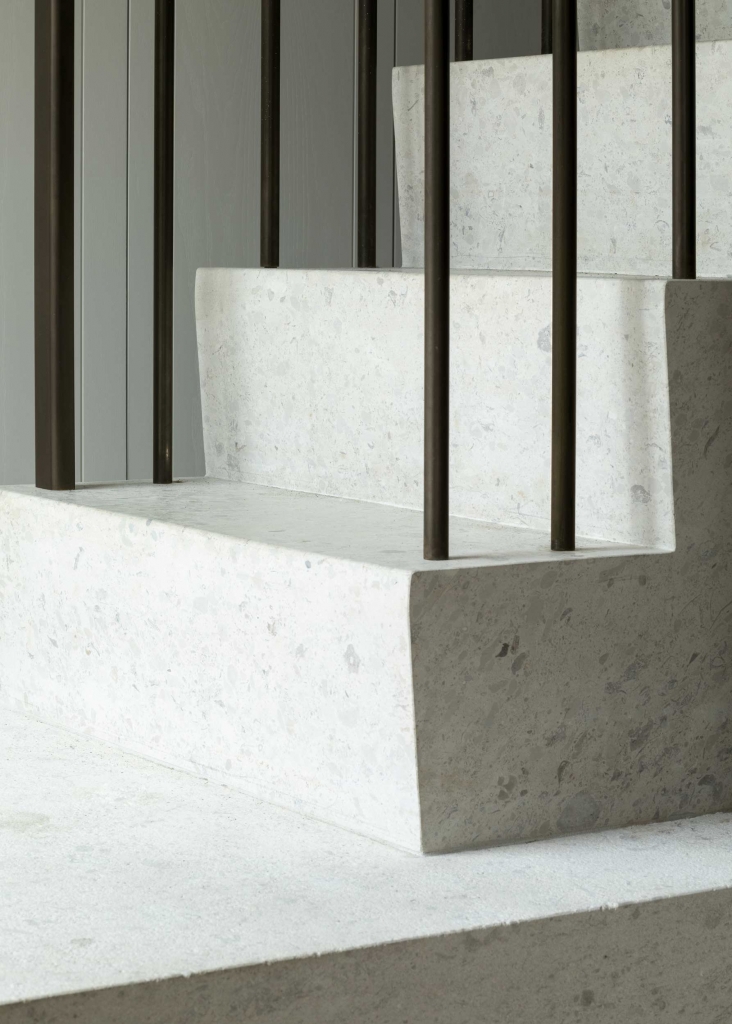 Located adjacent to the Regent’s Canal in Islington, this project refurbishes and re-orders an early Victorian Grade II listed house.

The house had been neglected and had undergone a series of ad-hoc alterations before being listed in the 1990s. Our task was to refurbish, extend and update the house within the constraints of the listed building consent and the immediate conservation area.

New interventions to the majority of the house are characterised by walnut cabinetry and monolithic limestone with brass and bronze detailing. The focal point being a new stone staircase which replaces a timber one added in the 1980s. This staircase is constructed from three individual pieces of stone which combine to form a simple structural arch spanning the length of the stair. Rooms on the ground and first floors were the best preserved and these have been sensitively restored, whilst floors are levelled and plaster mouldings repaired, the unpredictable lines of sloping ceilings, landings and architraves and some of the 1980s insertions have been retained and celebrated as a reflection of the building’s layered past.

The interior treatment on the ‘guest’ floor departs from that used elsewhere in the rest of the house, the intention being that the rooms themselves read as guests within the host house. They are panelled in a combination of pink and dark blue with the panelling in the blue sitting-room concealing a fold-down bed.

A new, steel and glass garden room is added which echoes the exact footprint of a pre-existing extension, whilst a new rooftop enclosure has been added to the same profile as an existing poor quality addition which was demolished.  None of these alterations are visible from the street.