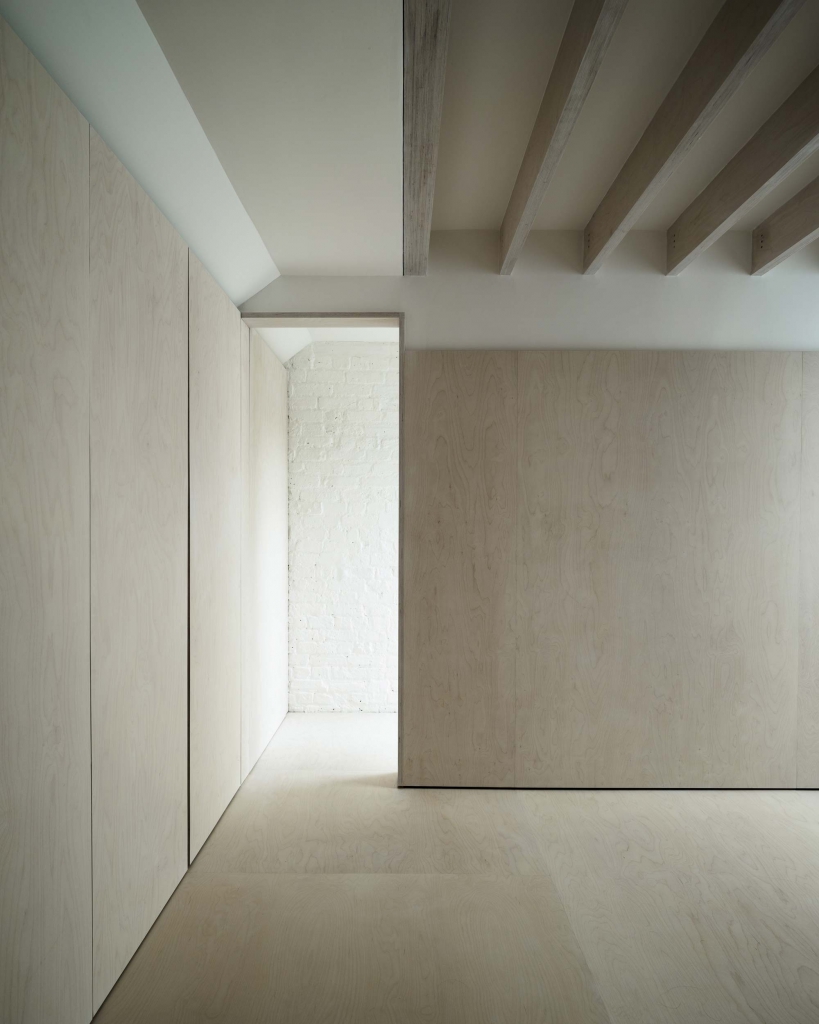 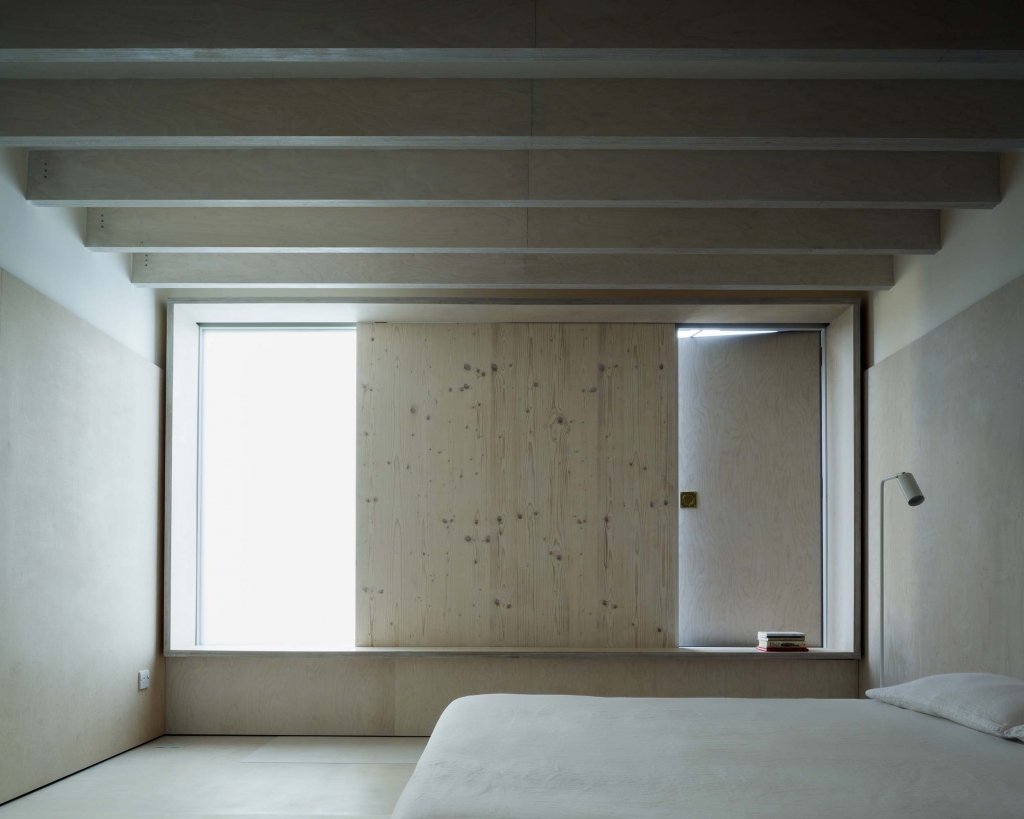 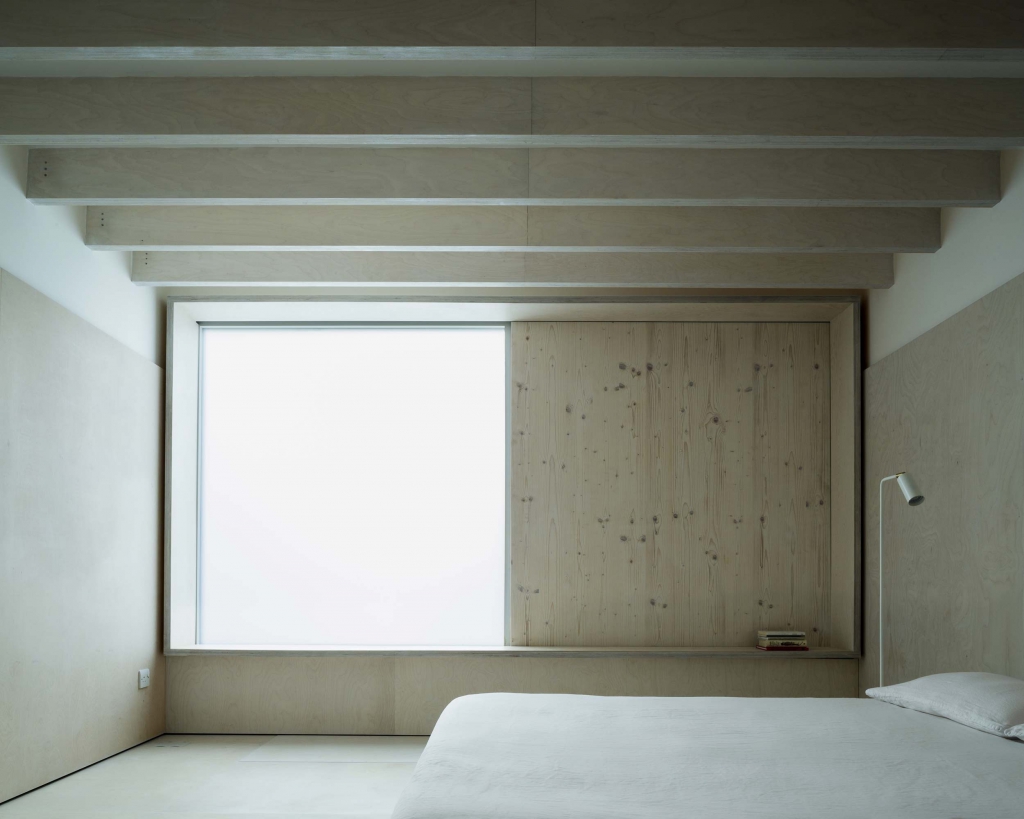 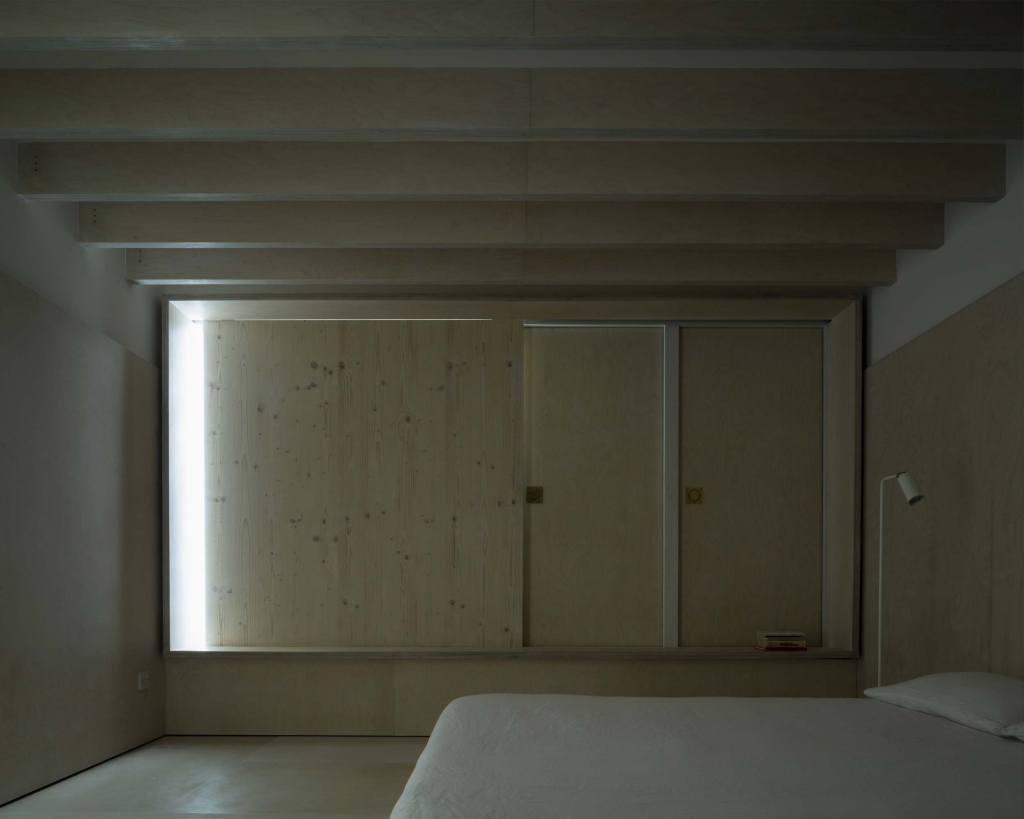 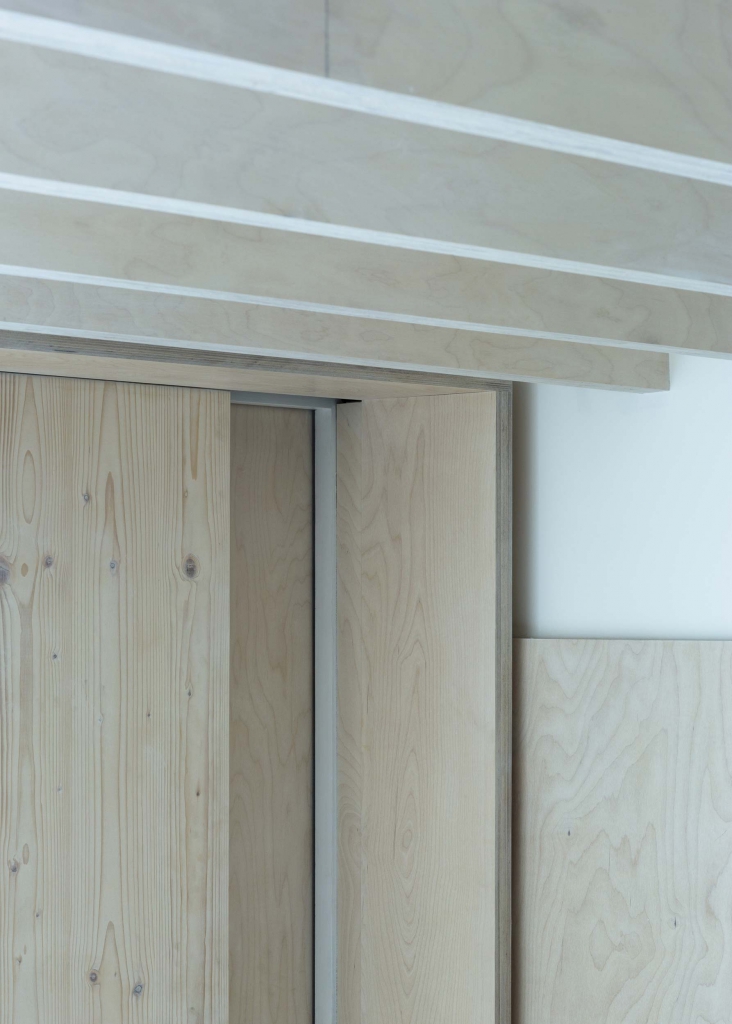 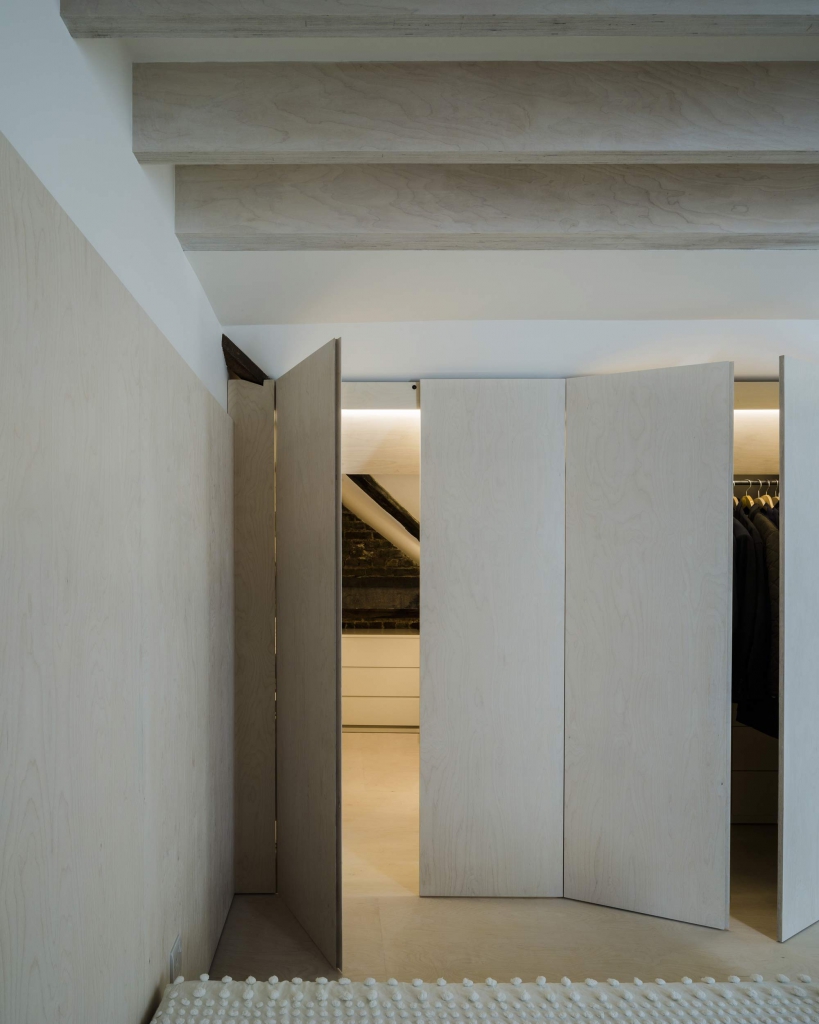 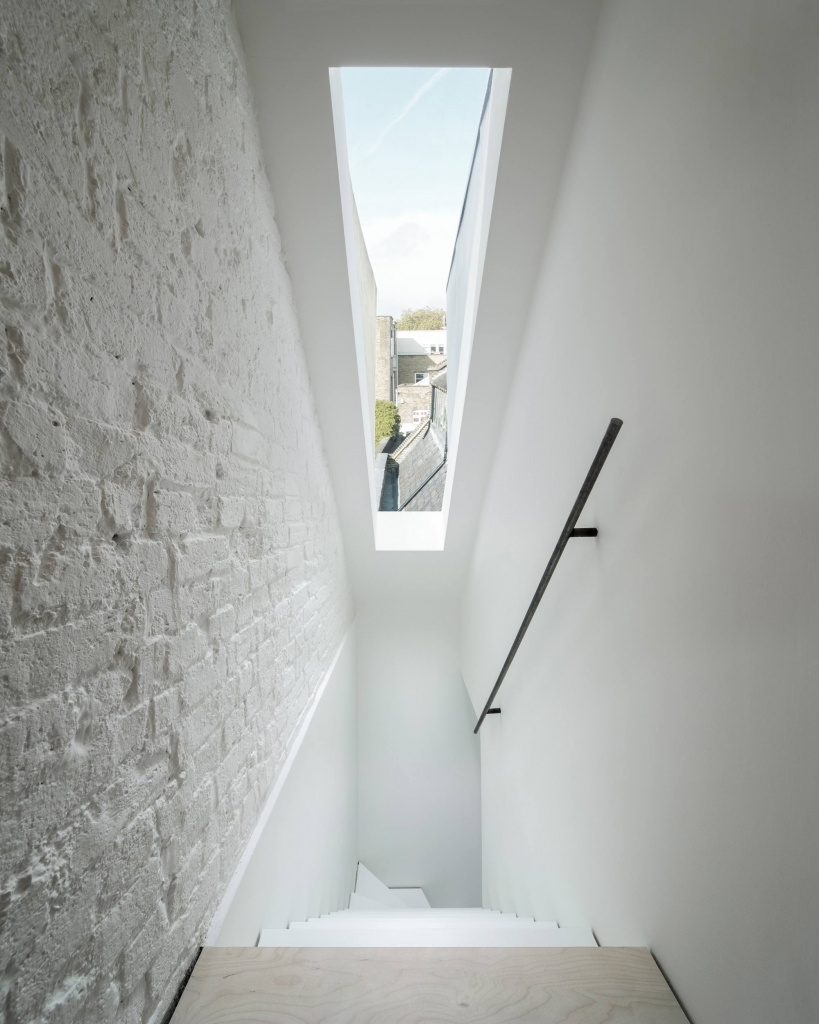 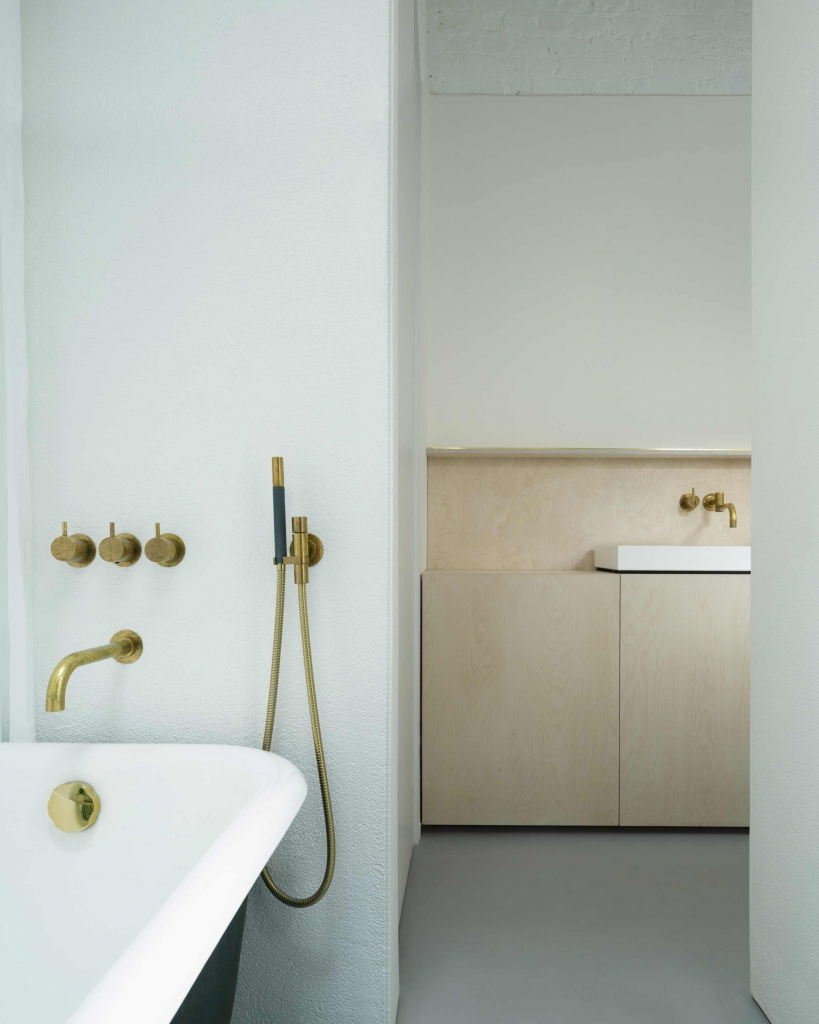 The materials used in the new bathroom echo those used elsewhere 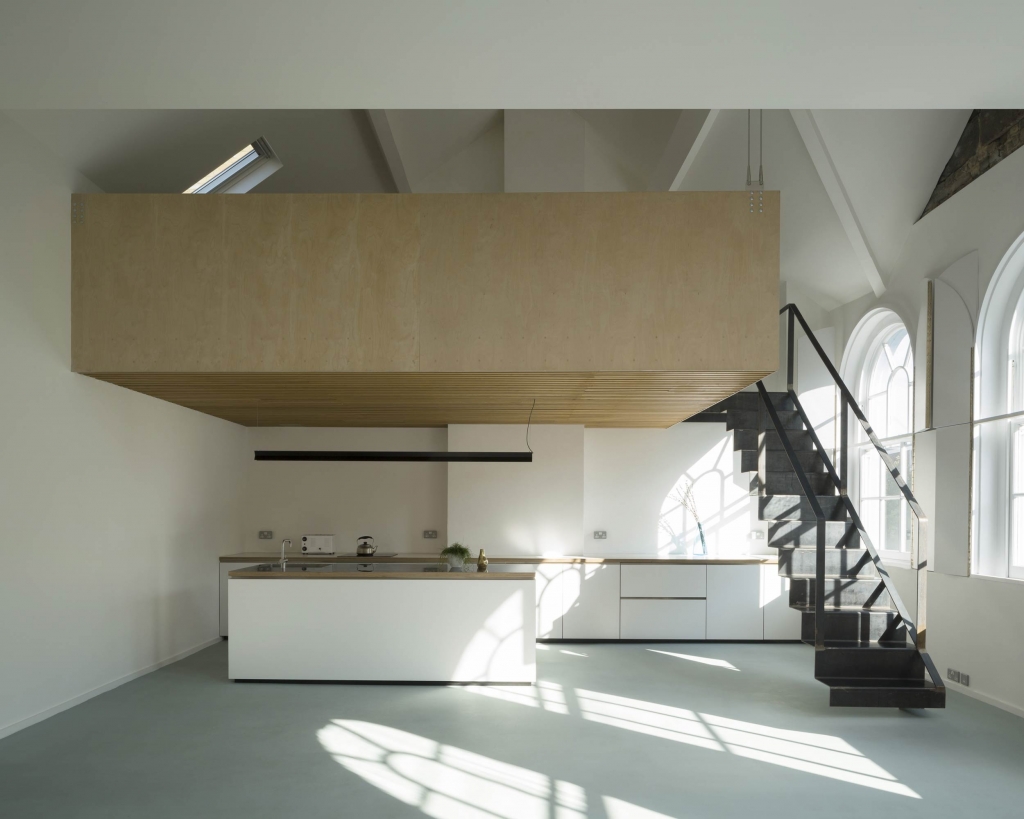 The new kitchen located under the existing mezzanine 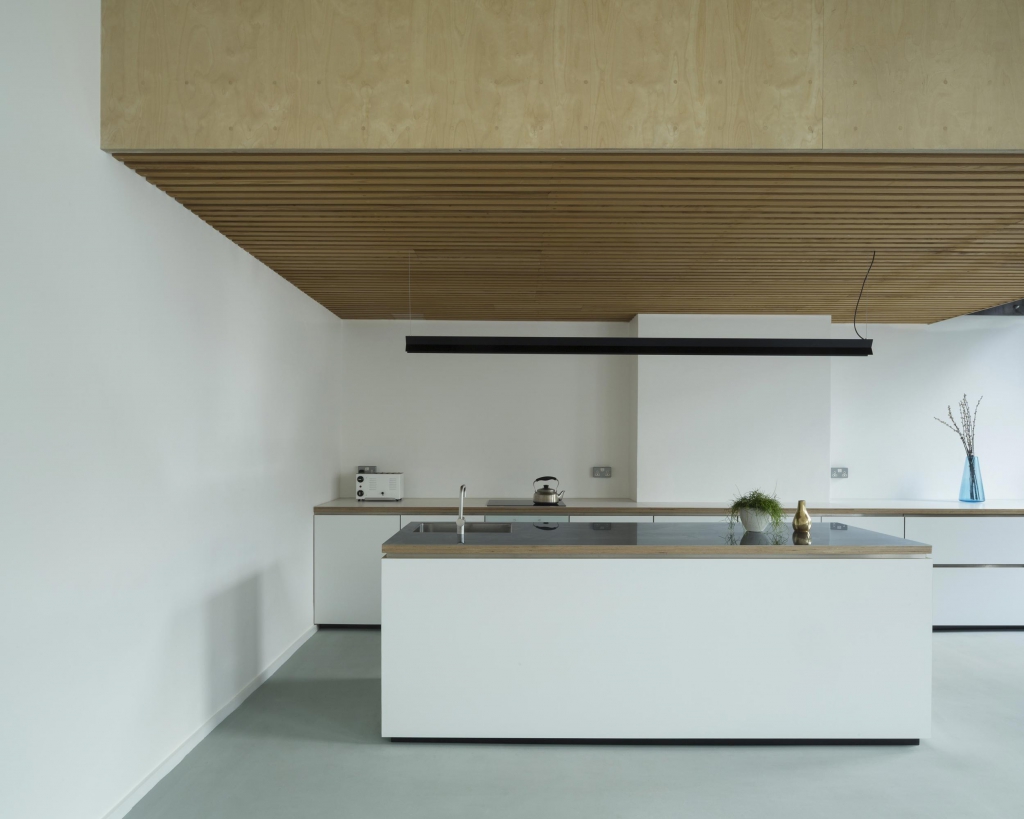 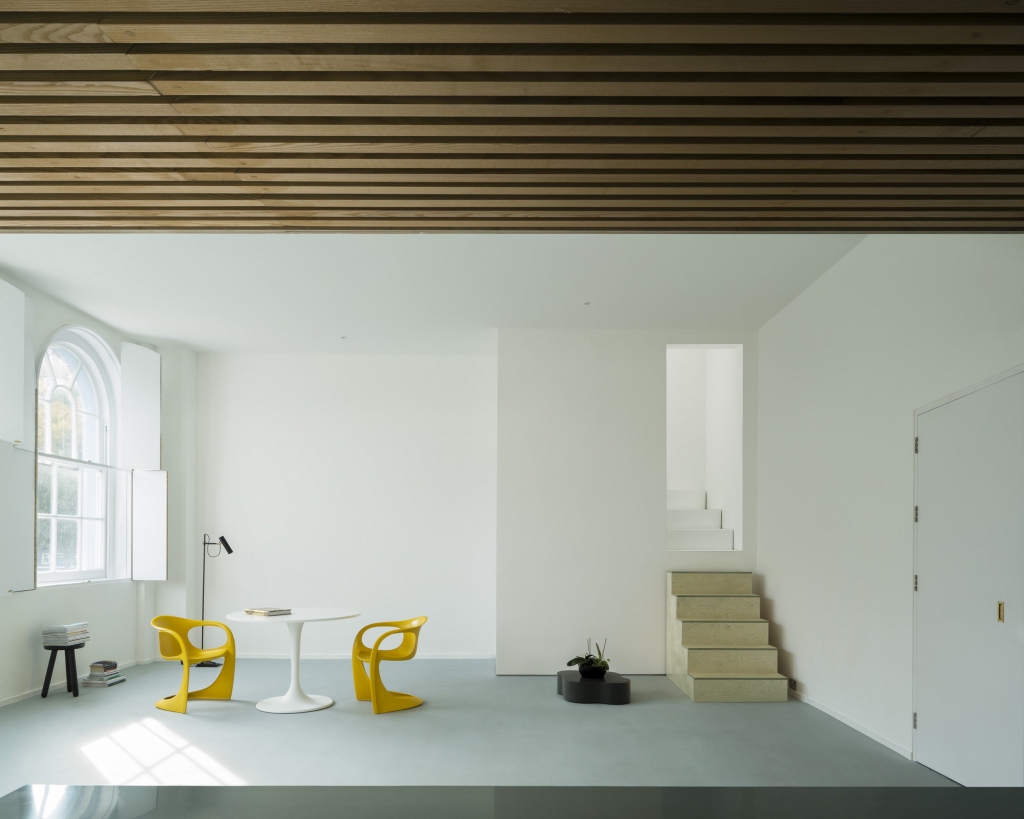 The new stair viewed from under the existing mezzanine 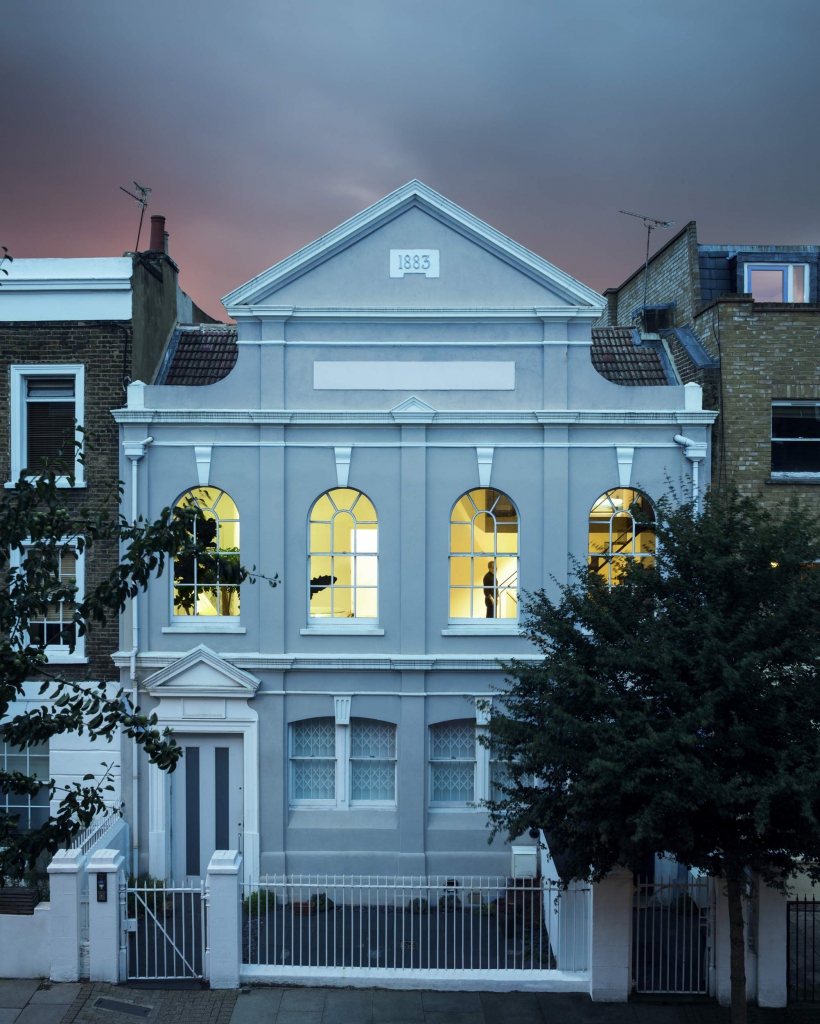 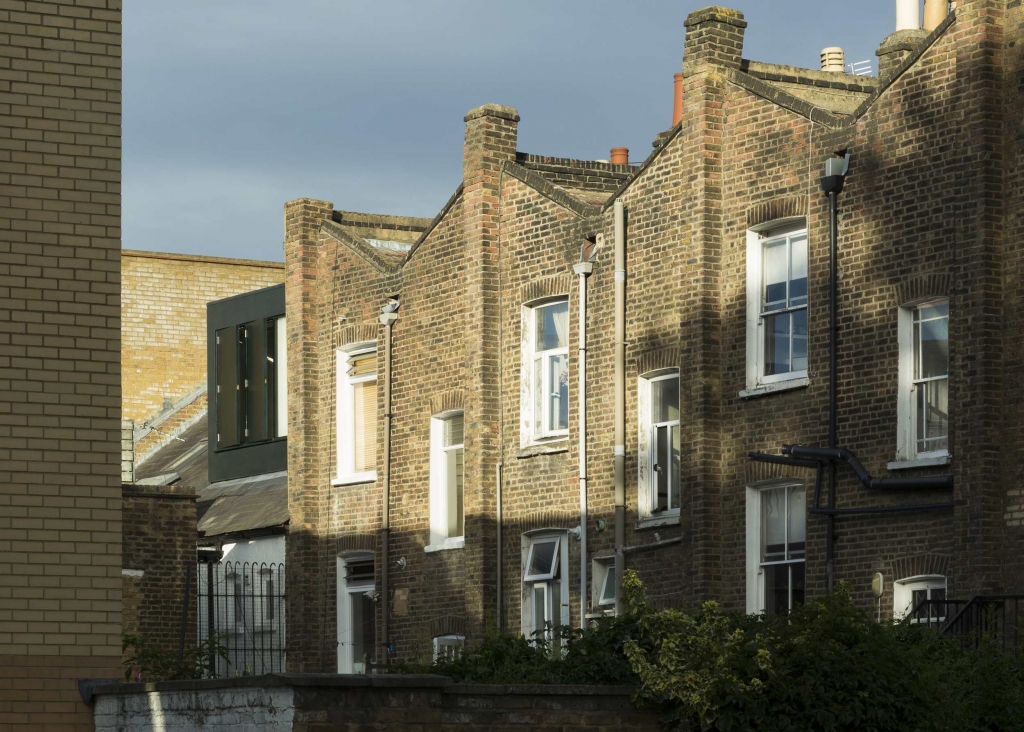 The bedroom enclosure visible through a gap in the terrace 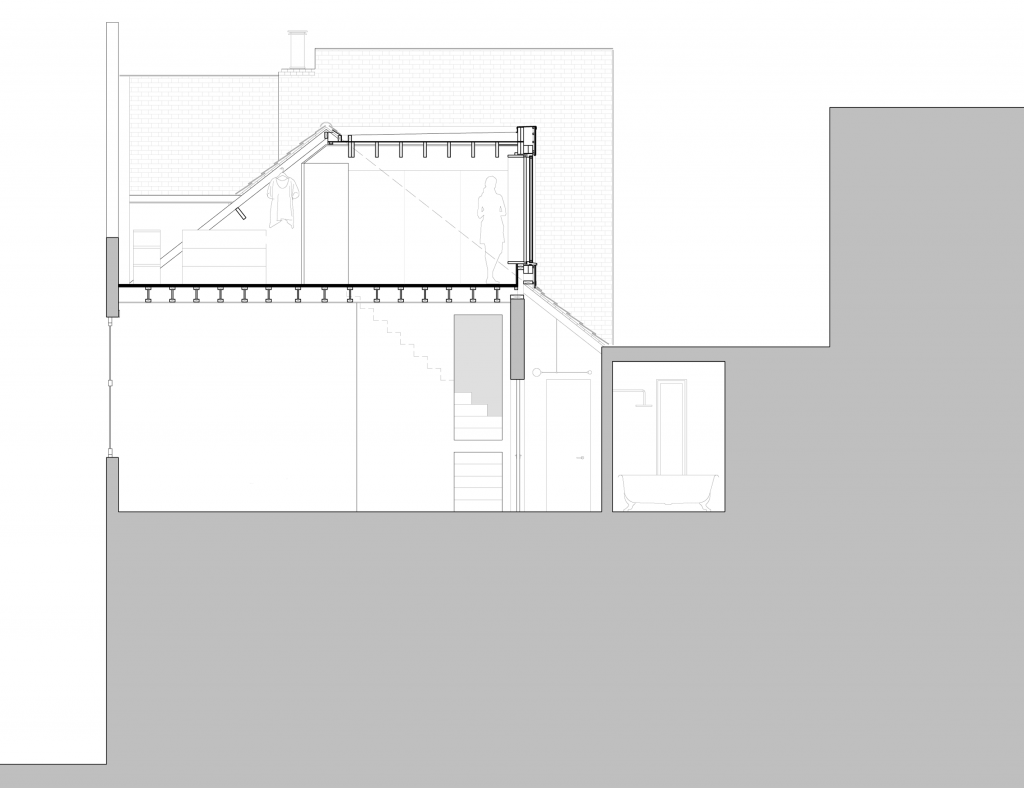 West Architecture’s first project was a suspended mezzanine in a living space, located in a former Methodist Church in Islington.  In 2014 the practice was approached by its new owner to reinterpret the original project, namely refurbishing the main space and extending the roof to provide additional accommodation. The scheme responds to the clients’ specific patterns of living and brief alongside some sensitive planning constraints associated with the existing building.

Works include a new room inserted into previously unused roof space, accessed via a stair enclosure from the main space below. This room is constructed as a stressed skin plywood box echoing the construction and structural rational of the original mezzanine. Internally all walls, floors, doors and architraves are formed from birch and spruce faced plywood. Our ambition was to elevate the end result above its starting point as a simple dormer extension.

The entire apartment has also been upgraded including a new kitchen and bathroom with the original resin floor re-poured. The mezzanine itself, and its relationship to the main space remain unchanged by the works.

“A mathematical attention to detail.” Nell Card, The Guardian