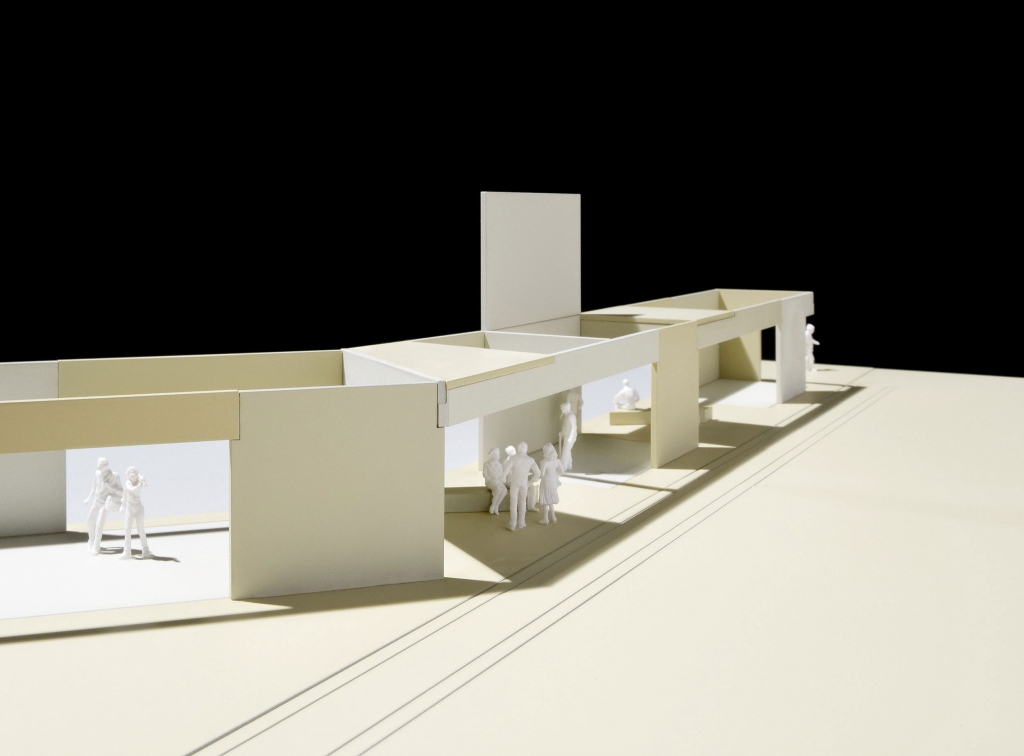 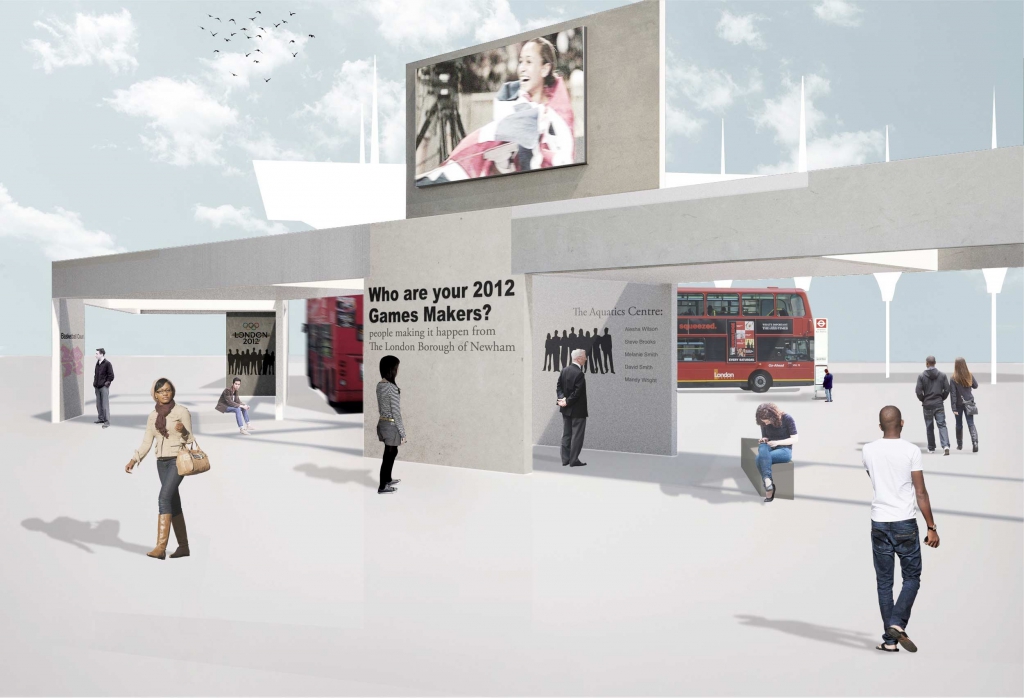 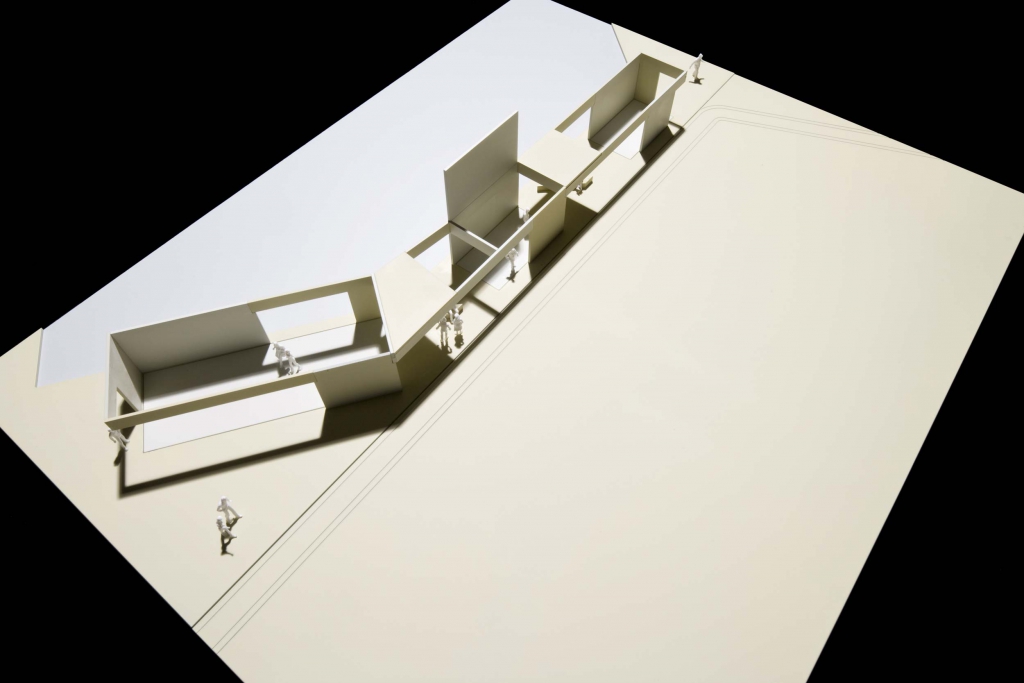 Before and during the Olympics 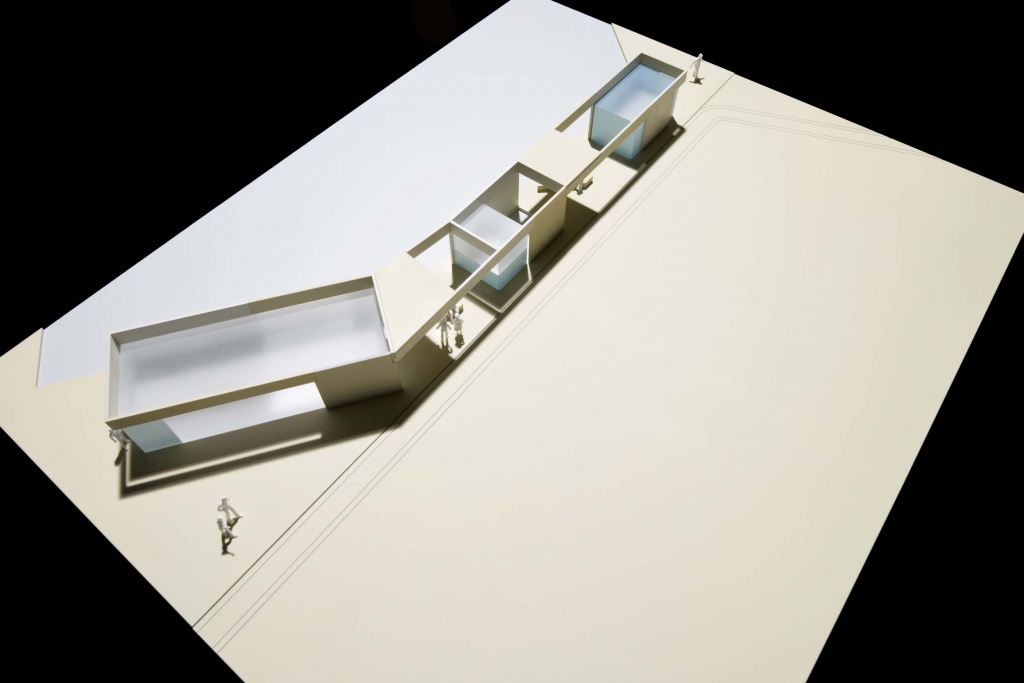 Legacy mode: Commercially funded units arrive after the colonnade is completed and its presence is established within the square 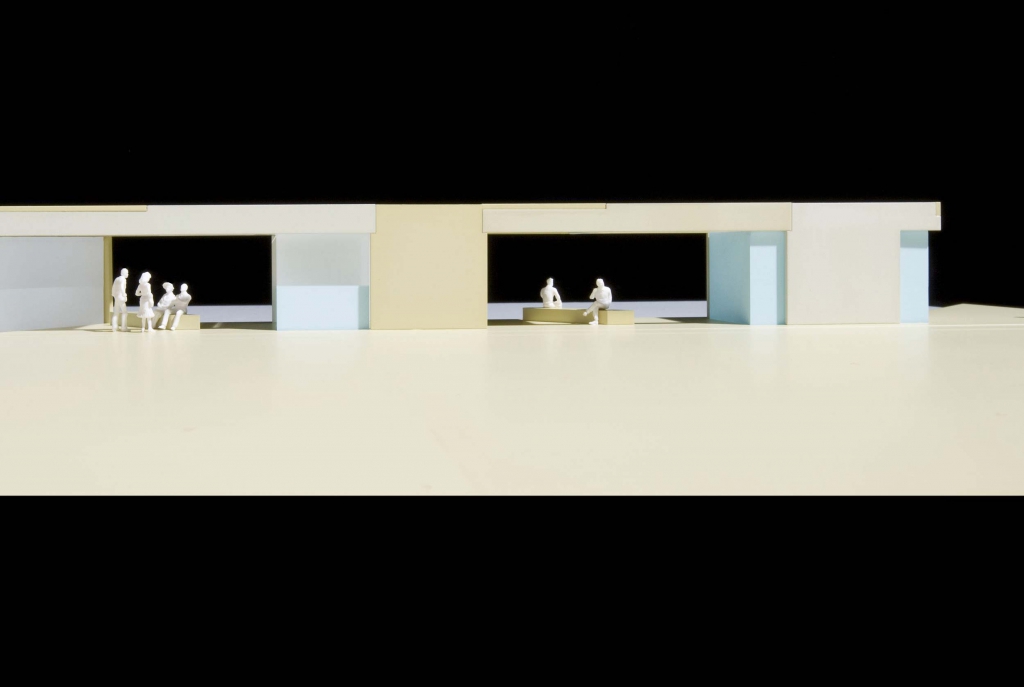 Competition entry for a building adjacent to Meridian Square and Stratford Bus Station. The brief required that the entire area could be configured to provide a flexible exhibition space during the Olympics and kiosks serving the adjacent transport hub post Olympics.

The building is conceived as an inhabited colonnade. On an urban scale it is a single linear structure that contributes to the enclosure of the square whilst providing human scale enclosure within its depth. The entire colonnade structure is formed from 150mm thick panels of precast concrete.

During the Olympics the faces of the vertical fin walls are used to display an exhibition. The colonnade becomes a series of outside galleries interconnected both visually and physically in one permeable space. Post Olympic accommodation is constructed within the framework of the colonnade. The kiosks are a family of buildings orientated both towards the square and the shared seating areas under the canopies of the colonnade.